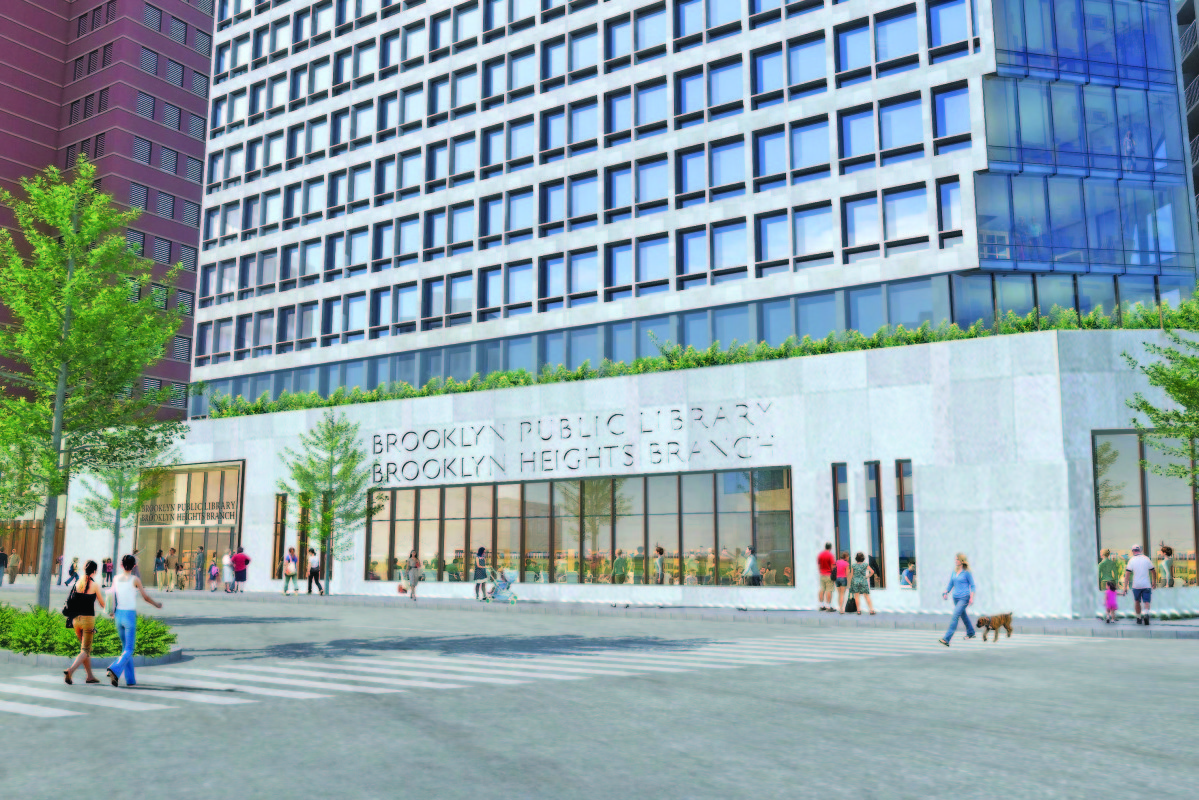 “We’ve been hard at work since our designation nine months ago to design a beautiful building that will be the pride of its neighbors, library patrons and future residents,” said David Kramer, President of Hudson Companies.

The project will replace the aging building at 280 Cadman Plaza West, which requires more than $9 million in repairs, with a brand new facility.

The state-of-the-art, 21,500 s/f library – one of the largest in the BPL system – will be part of a mixed use building to be developed by the Hudson Companies, Inc. and designed by Marvel Architects.

The branch will be a flagship library for the neighborhood, offering new collections, technology, and extensive programs.

The construction of a new Brooklyn Heights Library will benefit library users throughout the borough.

More than $40 million from the $52 million sale will be invested in neighborhood branches with urgent capital needs, significantly reducing the current $300 million in unfunded capital needs across BPL’s 60-branch system.

As part of the project, Hudson Companies will also build 114 units of affordable housing. Hudson has secured binding contracts for two sites within Community District 2, at 911-917 Atlantic Avenue and 1041-1047 Fulton Street. The affordable units will be built without using any City or State capital subsidy, without Federal tax credits and without low-interest subsidy financing.

BPL recently concluded a planning process, led by Marvel Architects, for the new library that included a survey, an interactive exhibit, and a series of workshops. The results of this process will inform the programming for, and ultimately the design of, the new library.