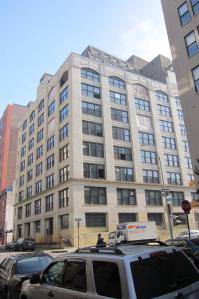 The seller, LG Acquisitions I, LLC., had bought the 106,400-s/f building, long set for a condo conversion, for $75 million from the Royal Bank of Scotland in April. The latest selling price means the building’s market value increased by 41 percent over a mere seven months.

“It is extremely rare to find a vacant building of this size in the West Village,” said Issac Hera, CEO of Brack Capital Real Estate USA. “We are extraordinarily particular about the properties we invest in, considering not only their location, but also their development potential. Fundamentally, this building has great attributes, which lends itself to limitless opportunities.”

627 Greenwich Street is a 106,400 square-foot vacant building located between Leroy and Morton Streets. The building is situated in heart of the west village, in close proximity to world class dining, trendy boutiques, and numerous parks. It is a convenient location for exploring Hudson River Park, Washington Square Park, The High Line, the West Side Highway, various public transportation hubs and more.

Crowds turn out for NY Festival of Lights