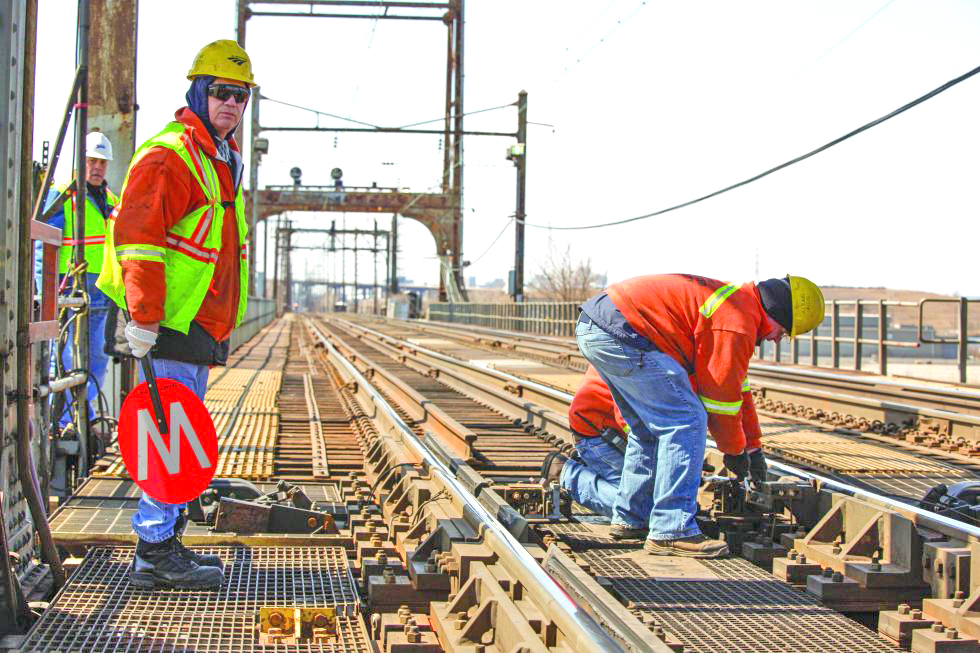 Now that leaders from both sides of the aisle are focused on the major rail project known as Gateway, the real work must begin.

We are encouraged by reports that President Trump’s recent meeting with Senator Schumer and Governors Cuomo and Christie went well. Now is the time to reinforce Gateway’s importance to the region’s economy and the urgent need for Washington to commit federal funding to complete the project.

Infrastructure is a top priority for officials across the country, but in no place is the issue more important or pressing as it is in New York metropolitan area.

The American Society of Civil Engineers (ASCE) gave the entire system a C- for 2016, with its bridges, roads, and transit all scoring lower.

This was before several trains derailed and before significant attention was paid to the antiquated transit system. The Gateway project would be an essential step in the right direction.

The centerpiece of the Gateway project would create a rail tunnel underneath the Hudson River to provide New Jersey Transit and Amtrak with a new way to access Midtown.

This was important even before Hurricane Sandy flooded the tunnel – a disaster from which Amtrak has not recovered, warning that it may have to close portions of the existing tunnel within the next decade to make emergency repairs.

Anyone who has taken the train into Penn Station recently can imagine the devastating stress this would place on the system.

Good infrastructure policy is proactive, not reactive. Although the cost of the tunnel alone would be $13 billion, it will save the country money in the future.

Closing even a portion of the existing tunnel would make it significantly more difficult to access New York City for commuters and would be a disaster to the economy, sending shockwaves that would be felt far beyond the five boroughs.

A shutdown would not occur in a vacuum. It would place more stress on the bridges, roads, buses, and subways – all of which are under significant pressure as it is. Consider that almost a third of the city’s workforce is now comprised of suburban workers, with a growing share coming from New Jersey.

The current Gateway proposal recognizes this reality, and provides funding for the addition of more tracks, replacement of the Sawtooth Bridge, the completion of a new Portal Bridge, track improvements in New Jersey, and new tracks, platforms, and concourses at Penn Station on top of the new tunnel.

These are each worthy of our support. Consider the Portal Bridge. 107 years old, the bridge carries more passenger trains than any rail bridge in the Western Hemisphere. It caused 250 train delays for New Jersey Transit in nine months in 2014, has proven to be flammable due to the fact it is made partially from wood, and has provided the entire Northeast Corridor with headaches.

Repairing the bridge will cost around $1 billion, but it is clear that the current state of the bridge is a danger to the hundreds of thousands of commuters who cross it daily – and this is without considering the lost productivity caused by widespread delays.

And it is that last point that ought to make the Gateway project a no brainer. Our infrastructure is crumbling and neglected. It threatens the citizens who rely on it each and every day and is detrimental to the US economy.

The Real Estate Board of New York stands ready to work to improve New York’s aging infrastructure at this moment of great potential on an issue that impacts us all.

The New York Residential Specialist (NYRS) designation program invites REBNY members to learn more about the ever-developing Upper West Side at its upcoming event, “Turn of the Century,” at the historic Chatsworth this Monday, September 18 from 6:00 to 8:00 p.m. Members will have the unique opportunity to tour the stunning units at 344 West 72nd Street and hear from the experts who led to co-operative conversion and renovation process for this storied pre-war property. Please email Nicole Durosko at nicole@nyrs.net to RSVP.

Join REBNY Education Committee member, Mindy Diane Feldman of Halstead Property, LLC, for a deep dive into how to develop business over the short, medium and long term at our Residential Sales Agent Boot Camp seminar to be held on Tuesday, September 26 from 9:00 to 10:00 a.m. at REBNY. This seminar will cover new approaches to conceptualizing client acquisition and business development, and provide concrete examples of proven tactics to find your next 10 clients – or your next 100. Register online at REBNY.com.

Looking to jumpstart your real estate career? REBNY will be hosting a 75-hour Real Estate Salesperson Licensing Course on-site at REBNY’s Midtown Manhattan education center this fall with courses on Saturdays and Sundays from September 16th to October 24th. Fee: $320 for the course and text book. Those interested in registering should email Education@rebny.com and view the on-site course schedule.

REBNY will be hosting its first ever #REBNYTech Hackathon 2017 on Friday, October 13 through Sunday, October 15th at the Urban Tech Hub at Grand Central Tech. Over these three days during NYC Real Estate Tech Week, the #REBNYTech Hackathon will bring together 200 of the brightest minds in the property and technology industries to hack cutting edge solutions to real-world challenges faced by the world’s leading real estate companies. Teams will work across six challenge categories to compete for a total of $50,000 in cash and prizes. In addition, the event will feature speakers from across PropTech and real estate, and will attract high profile corporate sponsors and organizational partners. To attend the event or register your startup or tech company team, visit rebnytechhack.splashthat.com.