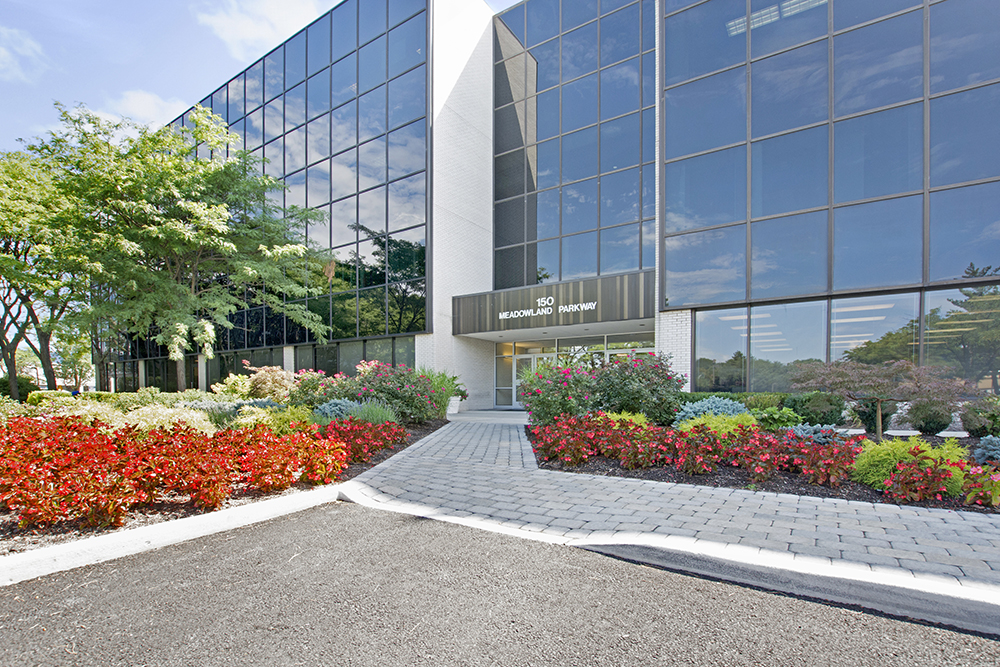 Jeffrey Dunne and Jeremy Neuer of CBRE Institutional Properties, in collaboration with Geoffrey Schubert, represented seller Rialto Capital in the sale of 150 & 200 Meadowlands Parkway in Secaucus, NJ. The team was also responsible for procuring the buyer.

The property sit three minutes from Route 3 and five minutes from the NJ Turnpike in a mixed-use environment with retail, dining, hospitality, and residential options.

Dunne commented, “150 & 200 Meadowlands is highly proximate to the Lincoln Tunnel and Manhattan and provides secure cash flows from long term leases along with opportunity to grow NOI through further lease up.”

The Calvary World Mission Church in Flushing in set to be converted to a medical office facility.

Hajjar plans to demolish the existing structure and redevelop a mixed use medical office facility constituting approximately 98,000 s/f, which will include parking and other ancillary uses.

Hajjar received acquisition and pre-development financing in the amount of $16 million.

The property at 66 Pearl Street also has the address of 1 Coenties Slip.

The residential section of the six-story building contains 42 apartments, which Northwind has renovated and repositioned.

Ran Eliasaf, managing partner at Northwind, announced the deal, which made the firm  a 200 percent profit and 40 percent IRR.

Cignature Realty closed a the $41 million sale of a six-story multi-family double elevator building with 95 residential apartments in Washington Heights.

Built in 1941, the property overlooks the Hudson River and has an indoor parking garage, laundry, storage and two antennas.

The building sold for 15.2 times the current annual rent roll and for a 3.6 percent cap rate.

Meridian’s Adam Sprung represented both sides of the transaction.

“Kips Bay is a high-demand neighborhood for residential and retail spaces and it was a pleasure to have worked with the seller in bringing this fully-renovated mixed-use property to a buyer with a long-term hold strategy,” said Sprung.

“This is an important sale for the Brooklyn development market,” said Marks. “After a few years of declining development transactions in the market, we are now seeing renewed interest from the development community.”

“Due to the scale of the project, the developers were able to envision the numerous opportunities allotted by this property,” said Rabinowitsch.

“Depending on what the future holds for the revised 421-a, they have the option to go with either a rental or condo plan.”

“Recent news coverage might lead the general population to think retailers are in a slow decent when in fact quite a number of brands – from grocery stores to resellers and gyms – are actually expanding, particularly in historically strong submarkets such as Bergen and Passaic counties,” said Pine.

“Both West Belt Plaza and Waldwick Shopping Plaza are well-located top-performers, with a diverse tenant roster and a nice balance of consumer products and lifestyle services.”

In the Bergen County borough of Waldwick, the 26,500 s/f community retail center at 26 Franklin Turnpike features 12 storefronts that house a mix of local businesses as well as national retailers.

“Retail properties are undergoing their own adaptation phase as consumers steer from buying goods in bricks-and-mortar stores to more experiential spending,” explained Pine.

“Restaurants, spas and fitness are now more likely to draw shoppers and this is not expected to change over the course of the next few years. As a result, retail landlords are seeking to attract service-oriented tenants that fit with contemporary consumer tastes.”

Washington Commons is a 75,400 s/f shopping center, which also includes a residential component. The mixed-use property consists of two buildings. One is a free-standing 44,300 s/f Stop & Shop. The second building is a three-story retail and multifamily building occupied by Valley Medical Group, Great Clips, Pet Valu, Blimpie and 26 residential apartments.

The residences have their own entrance and parking field located behind the shopping center. The property is currently 100percent leased.

The transaction was structured as a “DownREIT partnership” whereby the seller received a combination of cash and operating partnership units in a new entity formed to purchase the property. Urstadt Biddle Properties is the managing member of the newly formed entity and will manage and lease the property. The seller is a regional real estate developer that originally developed the property.

UBP’s initial equity in the DownREIT was approximately $3.9 million, which represented an approximate 31.4 percent equity interest.

The broker on the deal was Seth Pollack from Cushman & Wakefield’s NJ office.

Cushman & Wakefield is marketing a Lower East Side development site at 89-91 Ludlow Street with an  $18 million sale price.

“This prime location promises competitive amenities and there’s no surprise it’s in such high demand,” said DeCheser. “With 242 Broome Street luxury condominium opening up across the street and all the new commercial and community space coming to Essex Crossing, 89-91 Ludlow Street will be positioned as a highly coveted building in one of the most exciting up-and-coming areas of New York City.”

The property has 51 feet of frontage on Ludlow Street and is equipped with a lot footprint that is approximately 4,500 s/f. The site would allow for approximately 24,760 BSF for commercial use, 22,735 BSF for residential use, 26,449 BSF for mixed use with community facility or approximately 28,800 BSF based on a development that incorporates inclusionary housing.

The property also has a curb-cut in place as well as a three-story commercial building with a basement which will be delivered vacant at the time of the sale.

Alex Frants of Besen & Associates has been retained to sell 71 Catlin Street, a five-story elevator building in Meriden, CT.

Built in 1921, the building with 135 apartments, four commercial units and two elevators. It has approximately 141,327 s/f of gross building area with 400 ft. frontage on Catlin Street.

Across the street from the Meriden Public Library and Board of Education, and one block from the City Clerk’s Office, the building has an unobstructed view of the Downtown Hub Park-Meriden Green