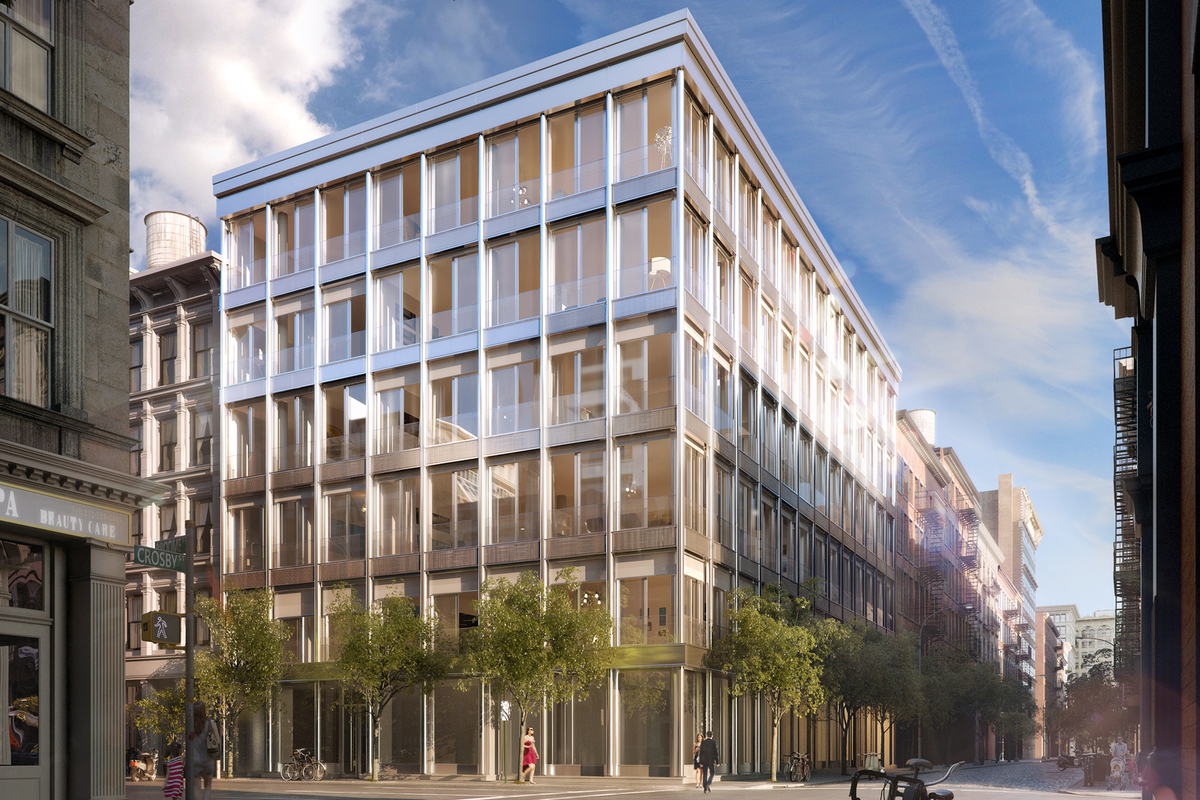 42 Crosby a chic retreat in heart of Soho

In a neighborhood that was once a gritty haven for artists looking for big lofts and cheap rents, a luxury condo building is offering $1 million parking spots in addition to its pricey apartments.

Developed by Atlas Capital Group and designed by architectural firm Annabelle Selldorf Architects, 42 Crosby is a boutique condo building in the heart of Soho. The chic building boasts a central location with the added bonus of being on a side street, which means less tourists and noise.

“You’re right in the heart of Soho but you’re kind of one block removed, so you have Broadway right here to the West, and everything else a little North,” said Jade Chan, an agent with Douglas Elliman and part of the team that is leading sales at the building. “It’s a little more quiet over here.”

To top it off, the building offers parking spaces in its own underground garage, to the tune of $1 million for each spot.

Chan and her team at Douglas Elliman that is heading up sales at the building were brought in to close the building last August.
Though there are just 10 units in the building, Chan said the first four apartments took a little while to unload, about a year. But after the team restaged the units from their previous configurations, activity picked up. 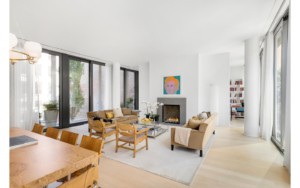 “We find it’s very important,” said Chan of staging apartment homes. “People have no vision, so we have to show them.”

Each apartment home has an elevator entry, and there are just two units per floor. The interiors were also designed and hand picked by Annabelle Selldorf. The units feature ceilings just under 11 feet, and are pre-wired for automatic shade systems and other smart home functions, and feature floor-to-ceiling windows.

Units feature multiple modern-day juliette balconies and solid sound proofing. The homes started at $7.95 million, and most have three bedrooms, ranging between 2,700 s/f and 3,300 s/f. Last summer, the five-bedroom, seven-bathroom penthouse with more than 5,800 s/f sold for $25 million.

Other notable features of the units include gas fireplaces, wraparound terraces, kitchens featuring Gaggenau appliances and stainless steel countertops, and Terrazzo flooring throughout.

Apartment homes come with large storage units located in the basement that are a little over 100 s/f and climate-controlled.

“Someone could build a wine cellar down there if the want it,” said Chan of the storage spaces. “It’s pretty rare to get a whole room like that.”

When Chan and her team at Douglas Elliman took over the project, their first task was re-staging, an effort that entailed pulling pieces “from all different places,” including their own homes.

The team does all their staging themselves, with sales team member Madeline Hult Elghanayan contributing pieces from her home, as well as Kirk 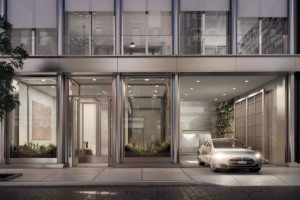 “I have to say it’s mostly Kirk,” said Chan. “He used to be an interior designer.”

With the floor plan layouts “very well thought out” at 42 Crosby, the staging is the cherry on top of the sundae, said Chan.

Once they finished with the staging, the team focused on marketing the building, and quickly realized that the project would be attractive to buyers from all over. Currently, there are just four units left in the building.

“We did a lot of pushing through our network to be able to reach those brokers too,” said Chan. “Even the events we’ve done, we’ve kind of honed in on the idea that it’s going to be either a Soho buyer or a pied-à-terre buyer.”