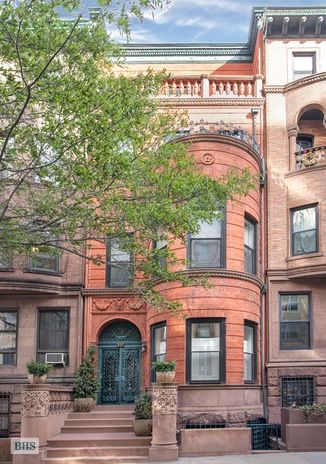 Developer Leonard Zelin has sold his Upper West Side mansion for $10.6 million after originally listing it at $18 million.

He restored the house, originally built in 1892 and home to New York financier and civic planner Cyrus Clark, turning it into a luxurious single-family home with “five or six” bedrooms, two kitchens, seven wood-burning fireplaces and a hi-speed Otis elevator that reaches all floors.

The historic mansion was restored by Interior Marketing Group. Wolf Jakubowski of Brown Harris Stevens was the listing agent.

Public records show the property was purchased by an unidentified LLC.

Zelin is the founder of Precision Capital Partners, an investment partnership and hedge fund that trades in U.S. exchange-listed equities and options.

Headquartered in New York City, the company has $2.2 billion in assets under management, according to its website. Clients range from high-net-worth individuals and family offices to institutional investors.