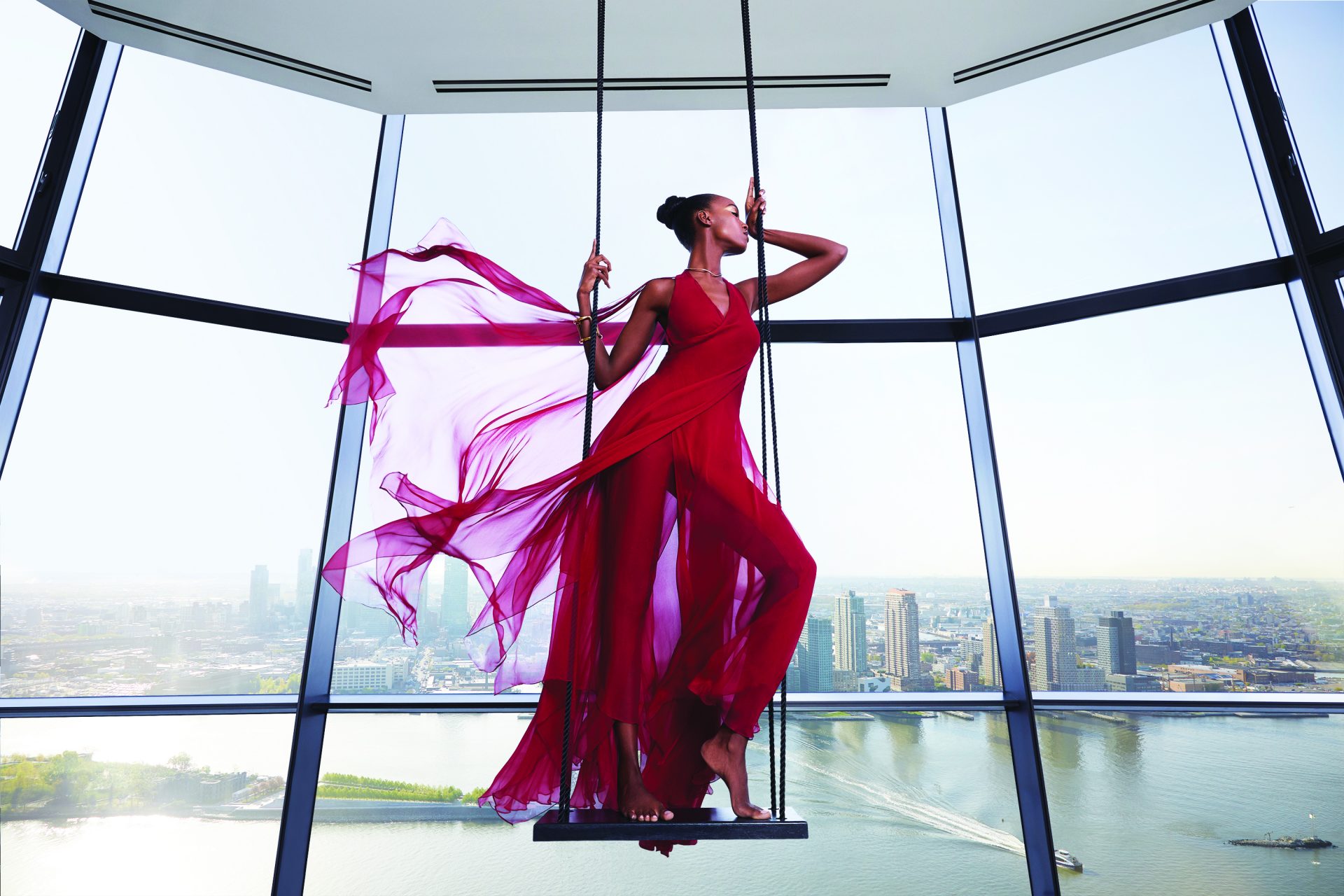 The Burundi-born beauty is starring in a digital branding campaign for the luxury apartment tower designed by Foster + Partners and developed by Zeckendorf in partnership with Global Holdings.

Civil war forced Ndabirabe and her family to flee Burundi for Belgium when she was a child. There, the multi-lingual model – she speaks seven languages – was discovered while studying law at the Université libre de Bruxelles and got her first big break walking in a Victoria Beckham show at New York Fashion Week.

Now a resident of the Big Apple, Ndabirabe has gone on to walk for a slew of design greats, from Versace and de la Renta to Marc Jacobs and Michael Kors, appeared in Vogue and sparkled in the Victoria’s Secret Fashion Show.
She has also become an advocate for diversity in the modeling world and continues to raise awareness of the ongoing destruction of African civil war.

Sources say the Zeckendorfs feel Ndabirbe exemplifies the international appeal of 50 UN Plaza as “an international humanitarian, model and scholar.”

“The new campaign brings a vision to the building, befitting its character as a global home to its residents, and a luxury high rise fitting seamlessly into the Manhattan skyline,” said a spokesman.

There are just 12 apartments still available at the 88-unit tower, ranging from a $1.87 million one-bedroom to a full-floor penthouse for $18.25 million. A duplex penthouse is also expected to be introduced to the market in the fall.

“We could not be more pleased with the sales success at 50 United Nations Plaza,” said Arthur Zeckendorf, co-chairman, Zeckendorf Development.

“This new attention to the building will afford prospective buyers an opportunity to see how our original vision has now been realized,” added William Lie Zeckendorf.