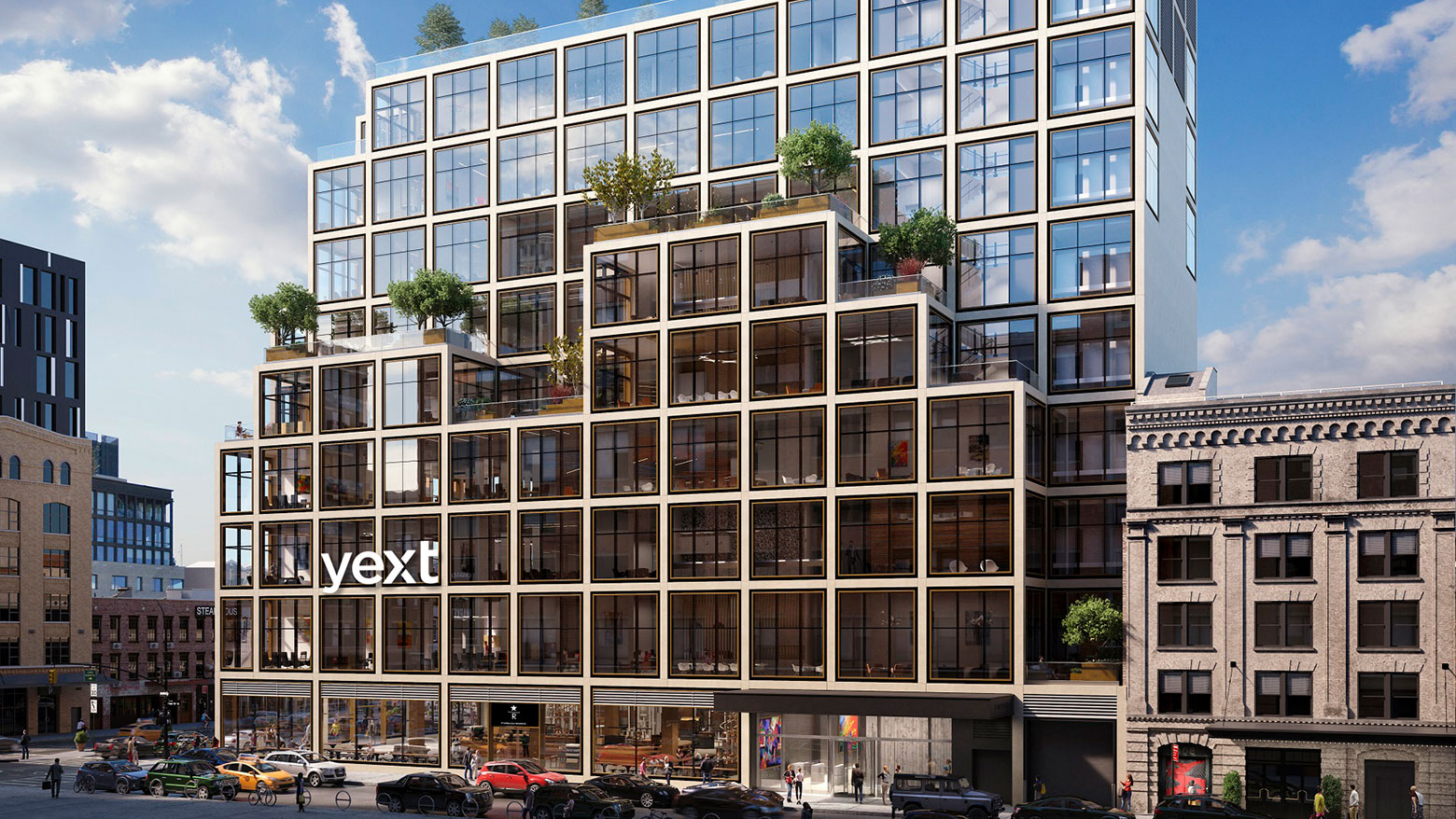 The tech company will occupy 142,500 s/f in the building it will rename The Yext Building.

Founder Howard Lerman said the nine-floor building will allow the company to hire hundreds of employees in its home of New York City.

It will get upto $6 million in performance-based Excelsior Tax Credits from New York State over ten years for creating 500 new jobs over the next five years, bringing its workforce to over 1,000 in the state.

“Tech companies like Yext are thriving and expanding across the state thanks to New York’s top-notch talent, educational institutions and cultural resources,” said Governor of New York Andrew M. Cuomo.

“We are proud to support companies that invest in New York State and grow our innovation hubs, which in turn attract more world-class businesses and further elevate our 21st century economy.”

The Yext Building features high ceilings, private terraces on every floor, and a rooftop park overlooking the Hudson River.

It is located across the street from Google’s New York headquarters and Chelsea Market, next door to the Apple Store, and above the Starbucks Reserve Roastery.

Yext had its offices in Chelsea Market years ago when it was only a 65-person startup.

The tech company will redesign the interior over the coming months, targeting March 2020 to move to the new space. Over 12 years, its investment in the building is expected to top $150 million.

Yext was represented by the Neil Goldmacher and John Moran at Newmark Knight Frank, and Robert Karin and Leslie Kanter at Davis & Gilbert.