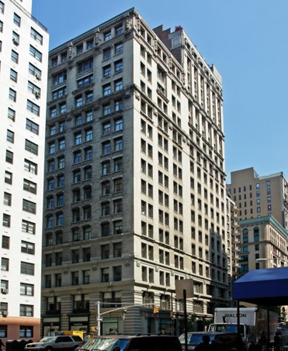 The Kaufman Organization and owner Clarion Partners announced the expansion of Yelp at 100-104 Fifth Ave.

The tech company signed a 10-year, 10,500 s/f lease. Over the past three years, Yelp has signed a total of three leases in the building and now occupies over 70,000 s/f of space.

“Yelp’s expansion at 100-104 Fifth Avenue is significant because it represents Midtown South’s continued commitment to the tech industry.

The company’s success and growth is evidenced by two expansions within a few short years,” said Grant Greenspan, principal of the Kaufman Organization.

“Yelp is one of the companies that has transformed the Flatiron area, raising its profile and making it one of the most sought after neighborhoods in the city for creative and technology tenants.”

Yelp, a global internet phenomenon, is an interactive website that connects people with local businesses including restaurants, boutiques, mechanics, dentists and hair stylists. It attracts around 71 million visitors every month. Founded in San Francisco in 2004, Yelp now has a presence in major cities across the U.S., Europe and Canada.

Although the terms of the lease were undisclosed, the asking rent for the space was $79 psf. Grant Greenspan represented Clarion Partners, while Paul Milunec and Scott Gamber of CBRE represented the tenant. Yelp’s new space is on the seventh floor of 100-104 Fifth Avenue. The building is 100 percent occupied.

Red tape and runaway rent eating away at restaurant biz