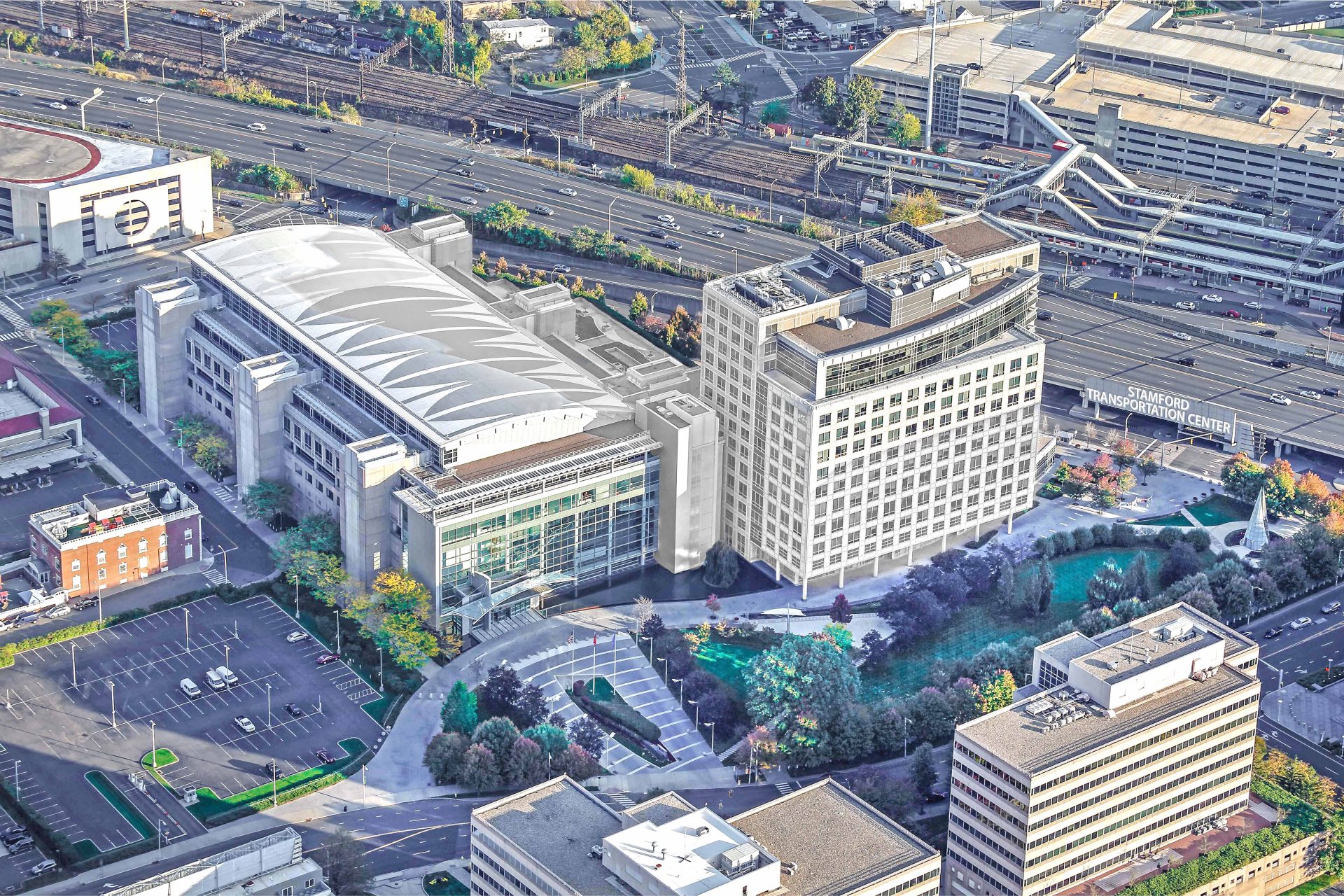 The agreement represents a major step forward in restoring the property’s standing as the commercial center of downtown Stamford.

Completed in 1998 to serve as the North American headquarters of UBS, it was gradually vacated during the most recent decade. George Comfort & Sons joined AVG Partners in the property’s ownership in early 2018, taking on operating and leasing responsibilities, as well as developing and executing a plan to reposition and re-lease the buildings.

Before WWE’s signing, leases were recently completed with KPMG and Perkins Eastman. Additional plans for completing the repositioning will be announced at a later date.

677 Washington Boulevard is a Class A complex located on over 12 acres. It includes the 13-story Office Tower, the seven-story Pavilion, and a three-story retail and ancillary building. It is strategically located close to I-95 and to the Stamford Transportation Center, which offers both Metro North Commuter and Amtrak rail service.

Peter S. Duncan, President and CEO of George Comfort & Sons, commented, “For the past 20 years, 677 Washington Boulevard has been regarded rightfully as downtown Stamford’s commercial centerpiece. It’s both logical and exciting to have WWE be located there. Local office market conditions are continuing to improve and our firm is pleased to play a major role in that progress.”

Representing the tenant in the transaction were Drew Saunders, Robert Ageloff, Allison Melichar and Joe Messina of Jones Lang LaSalle. Building ownership was represented in-house by Duncan and Dana Pike.