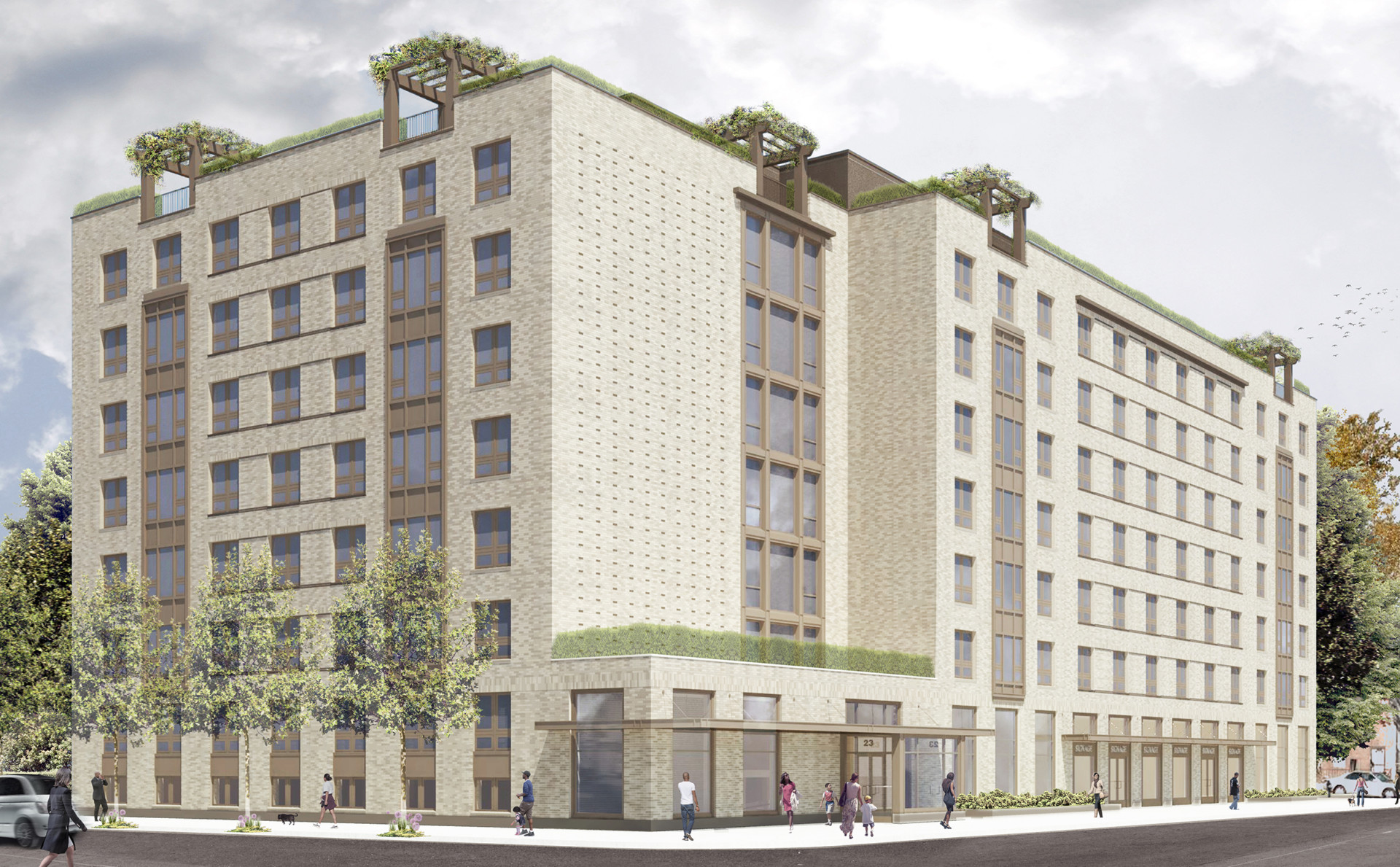 Located on a vacant city-owned lot at the corner of Livonia Avenue and Grafton Street, the building will feature 69 one-, two-, and three-bedroom apartments, as well as 56 studios.

Onsite social services will be offered to all residents, funded by a contract between the African American Planning Commission Inc. and New York City’s Department of Health and Mental Hygiene. Edwin’s Place will be Breaking Ground’s seventh building in Brooklyn.

88 units will serve formerly homeless individuals and families, including veterans, and 37 will serve low-income community residents.

“Through the Mayor’s accelerated and expanded Housing New York plan, we are working aggressively with all our partners to ensure more of the city’s most vulnerable residents have the security of an affordable home, and all our neighborhoods have the assets they need to thrive,” said HPD Commissioner Maria Torres-Springer.

Designed by the renowned Robert A.M. Stern Architects, Edwin’s Place will be L-shaped with a sunken courtyard and outdoor amenities. The structural system will have precast hollow-core floor planks and reinforced concrete block walls; continuously insulated walls; triple-glazed windows; a green roof; and a photovoltaic solar array – all contributing to reduced energy use. The project is being constructed to meet Enterprise Green Standards.

“As we begin to build Edwin’s Place, we embark on the construction of a new building that will enable Breaking Ground to welcome some of our most vulnerable citizens—formerly homeless individuals and families—as well as low-income Brownsville residents, into new homes in the community.”