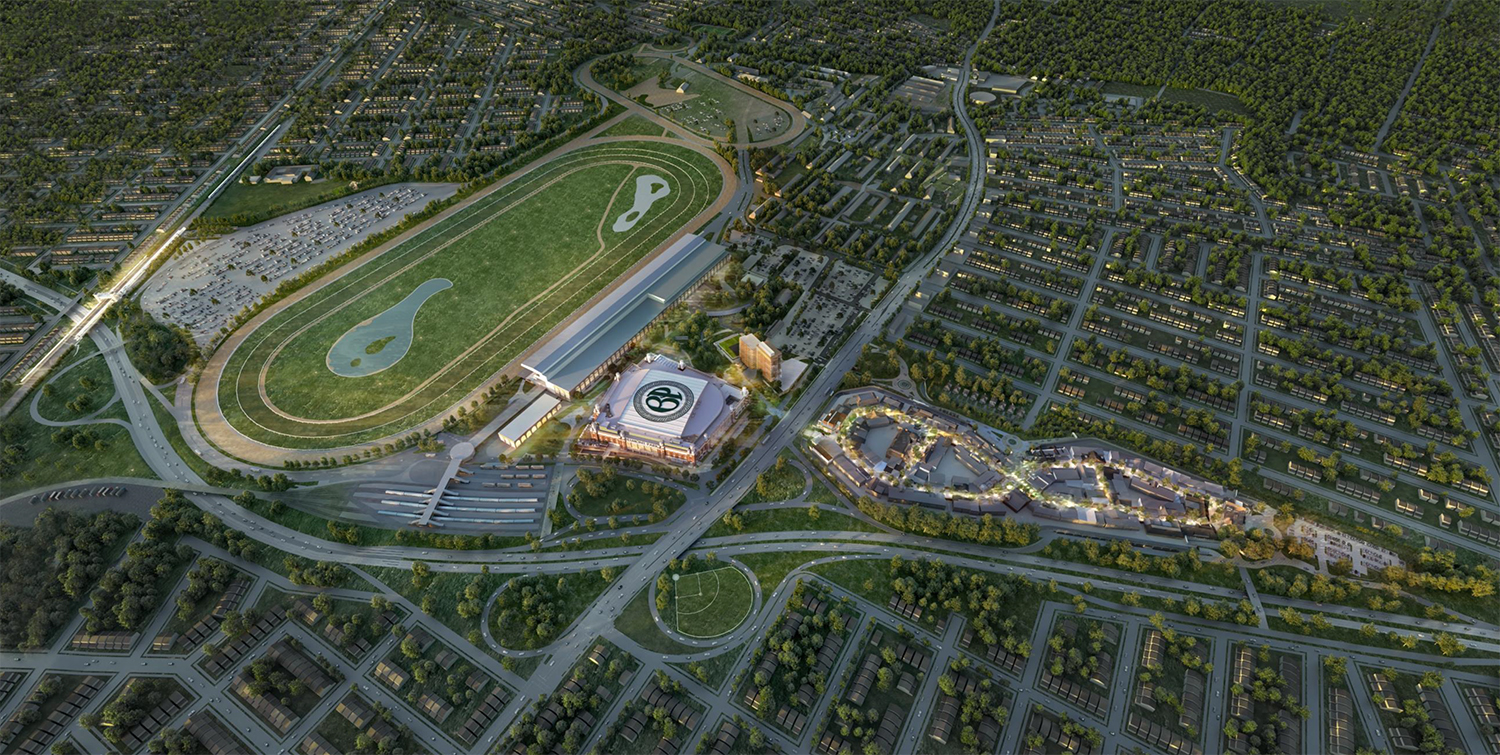 Ground has been broken for the New York Islanders’ new arena at Belmont Park, the centerpiece of the $1.3 billion Belmont Park Redevelopment.


Lieutenant Governor Kathy Hochul, said, “This significant project will establish Belmont Park as a sports destination and will create thousands of jobs and boost economic activity on Long Island.”

Announced in December 2017, the Belmont Redevelopment Project will turn 43 acres of parking lots at Belmont Park into a sports and hospitality destination with a new 19,000-seat arena for the New York Islanders hockey team and other events, a 250-key hotel, a state-of-the-art retail village and office and community space.

This new station will allow riders to access to new arena, hotel, and retail village from both the east and west, while providing a new commuting option for Long Islanders.

The new arena is scheduled to be completed in time for the 2021 – 2022 hockey season. Over the next two years, construction of the arena, hotel and retail village is expected to create 10,000 jobs and generate $2.7 billion in economic activity.


By 2024, the project is expected to sustain 3,200 new full-time jobs, produce $858 million in annual economic activity and generate tens of millions of dollars in new annual tax revenue.

New York Belmont Partners, and its affiliate, New York Arena Partners — a joint venture among Sterling Equities, the Scott Malkin Group and the Oak View Group — have shepherded the Belmont Redevelopment Project through a public review process, which included 12 public meetings and hearings and dozens of meetings with local organizations and stakeholders.

Earlier this summer, the project received its public approvals from the Empire State Development Board of Directors, the Franchise Oversight Board and the Public Authorities Control Board.