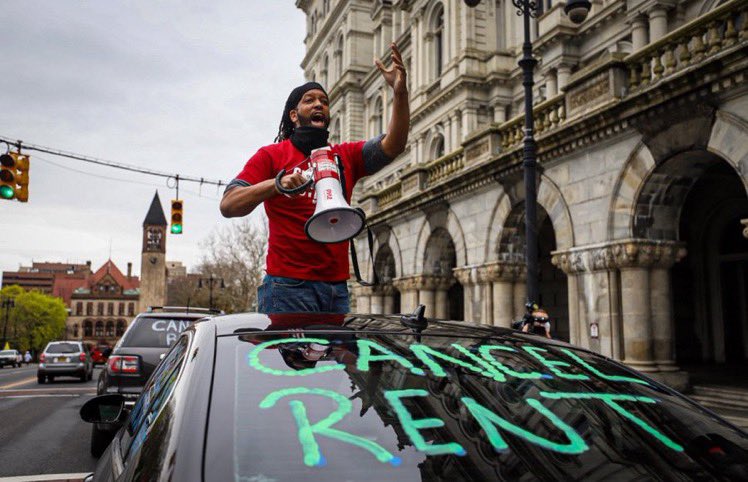 The Rent Stabilization Association (RSA) has filed an amended complaint and an application for a preliminary injunction in the United States District Court Eastern District of New York seeking to stay enforcement of the new law that was signed last month by Governor Kathy Hochul.

The New York eviction moratorium was first enacted last December as the COVID-19 Emergency Eviction and Foreclosure Prevention Act of 2020 (CEEFPA), and extended and amended last month with a Jan. 15 expiration under New York Laws Chapter 417.

The state tweaked its original plan to extend the moratorium when the Supreme Court said in August that it provided no way for landlords to contest tenants claims of hardship to avoid paying rent.

But even with the amendment, landlords say the moratorium is an abuse of their rights.

“CEEFPA Part A and the new moratorium extension have trampled on the due process rights of landlords, denying them access to and any benefit from their property – and, in the process, has freed tenants from any consequence for refusing to pay rent and has given them carte blanche to overstay the expiration of their leases, even when their non-payment or lease expiration began before the pandemic,” said Joe Strasburg, president of the RSA, which represents 25,000 owners of over one million rent stabilized apartments.

Strasburg cited the suffering of RSA members including a military veteran-single mother who is now homeless with her 11-year-old daughter because she cannot claim her own property from nonpaying, holdover tenants. Another owner is clinically depressed and suicidal because he can’t take possession of his home and is owed more than $100,000 in back rent.

“The new moratorium extension stretches into a more than year-and-a-half period for what Albany lawmakers originally sought to justify as a ‘temporary pause’ on evictions during the height of the COVID-19 pandemic,” added, Strasburg.

“This has resulted in thousands of small property owners throughout the state having their personal lives and finances decimated by their inability to remove nonpaying and holdover tenants, many of whom simply stopped paying rent – even those tenants who never lost their jobs, including thousands ironically working out of the very apartments for which they ceased paying rent.”

The amended complaint is seeking, among other relief, a declaration that the moratorium extension is facially unconstitutional in its entirety under the First and Fourteenth Amendments of the U.S. Constitution, and a preliminary injunction and permanent injunction enjoining the implementation and enforcement of the extension.

A spokesman for Gov. Hochul said, “We are confident that the new eviction moratorium adequately addresses landlord concerns with appropriate due process protections, including access to a hearing, requiring renters to submit hardship declarations, and establishing a moratorium on residential foreclosures, while continuing to protect tenants. Governor Hochul remains committed to helping vulnerable New Yorkers who are still reeling from the financial fallout of the pandemic, and we have no further comment on this pending litigation.”

In August, the U.S. Supreme Court struck down a provision of the Moratorium that allowed tenants to self-report a Covid-related financial hardship by filing out their own hardship declaration. The courts said that precluded a landlord from contesting the case and denied him “due process.”

The state got around that court’s decision by updating the tenant requirements. A judge can now rule on whether a tenant qualifies, weighing factors such as loss of income or increase in expenses. If the judge sides with the landlord, the eviction case can move forward; otherwise, it is postponed until January.