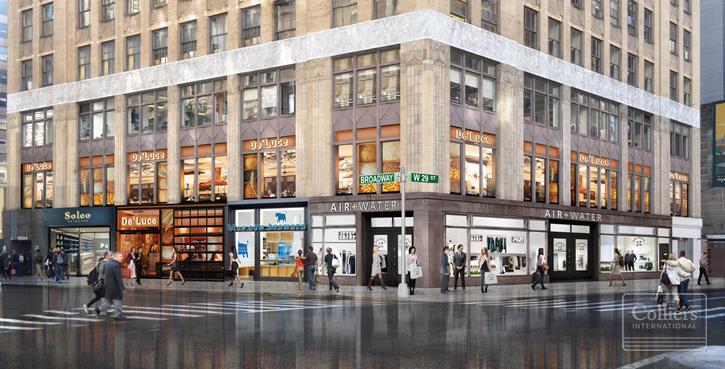 Williams Equities announced that the repositioning of its 1201 Broadway is well underway, upgrading the art deco building in NoMad to incorporate ultra-modern features.

As the first transaction in the newly repositioned building, UK-based Fownes Brothers & Co., Inc. signed a long-term, 13,670 s/f lease, the first full-floor lease inked in the building since the 1950s.

Established in 1777 in Worcester, England, Fownes Brothers is one of the world’s renowned glove manufacturers. They are scheduled to move into their new 8th floor office space later this year, pending build-out of the space.

Fownes, which services Lord & Taylor and other major retailers and is relocating from the northern edge of Midtown South, is also the first full-floor tenant in the building since the 1950s, when ownership first acquired the property.

The new leasing program caters both to partial- and full-floor tenants.

“NoMad is one of the most dynamic neighborhoods in Midtown South,” said Mac Roos with Colliers International Tri-State, who along with Michael Joseph arranged the lease on behalf of ownership. “The extensive capital improvements ownership has committed to the property and its overall reposition are attracting upper-echelon tenants from every business sector.”

This new transaction follows the 11,000 s/f restaurant lease signed by Corner Table Restaurants, which will occupy the ground floor and lower level space at 1201 Broadway.

Corner Table Restaurants, the team behind Manhattan’s popular and beloved The Smith restaurants, will introduce a new restaurant concept for 1201 Broadway in 2020, led by Jeffrey Lefcourt, Michael Jacobs, Adam Burke, and Brian Ellis.

Situated on Broadway between 28th & 29th Streets, 1201 Broadway has a new and enlarged lobby with a glass awning over the entrance, and a new retail facade on the first floor. Huge windows flood over 100,000 s/f of prime NoMad real estate in natural light.