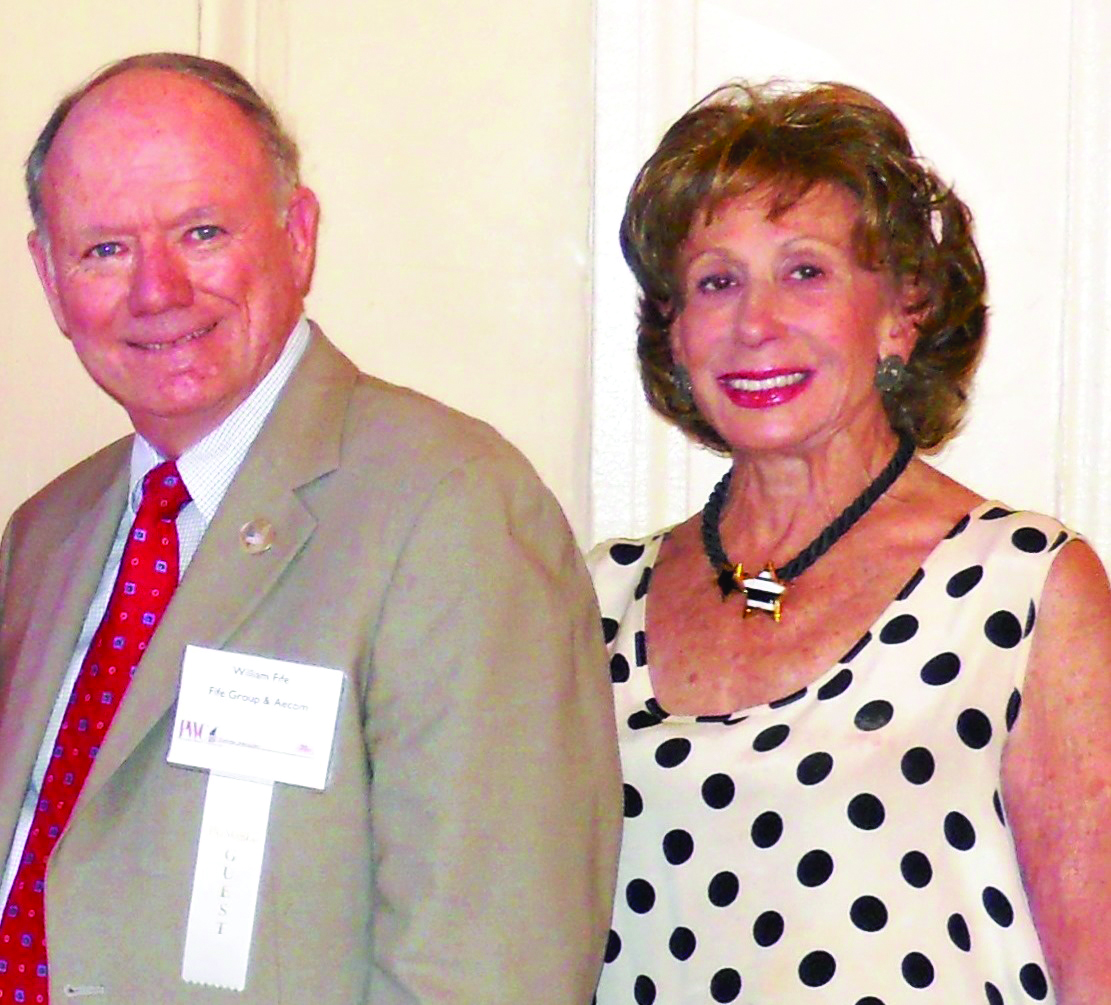 The American Society of Civil Engineers (ASCE) Metropolitan Section has recognized William A. Fife, P.E., with its most coveted award, the 2014 Metropolitan Section Civil Engineer of the Year Award.
Granted June 19, 2014 at the annual dinner dance, the award commends his “character, professional integrity and years of outstanding service to the civil engineering profession.”
Retired director general, Airports Council International World, Robert J. Aaronson and the Port Authority’s director of aviation (1981-1989), worked with Fife at the PANYNJ.
Said Aaronson, “Bill probably has done more than any other individual to forge powerful networks among airport planners and designers throughout the U.S. and the world. The evolution of peer reviews that he has guided has proved invaluable to the industry and to individual airports, as they have more effectively invested billions of dollars in their infrastructure and optimum passenger handling.”

William A. Fife, P.E., will reprise his role as moderator for the upcoming Professional Women in Construction (PWC) Transportation Forum.
PWC president Lenore Janis said, “When Bill, one of a growing number of men to join us, became a member in 1990 we were thrilled to have someone of his caliber and expertise come on board. He proved immediately to be an integral part of the organization. For over 20 years, he has been in charge of as well as moderated PWC’s annual transportation forum, one of our key events where the top-ranking officials from the PANYNJ and numerous other federal, state and city agencies update our members on trends and projects.
Bill served for three consecutive terms on the PWC board and now heads up the PWC Emeritus Board.”
Now a consultant to the aviation industry to Weidlinger Associates, IBEX Construction and other firms, Fife served the PANY&NJ for more than 30 years beginning in 1967 and rising to general manager of aviation planning and technical services, as well as deputy general manager of JFK International Airport.
He then became corporate vice president and director of aviation for the Fortune 500 firm AECOM for over a decade.
For more than 25 years, Fife has chaired the global Peer Review Group (PRG) of airports with participants from Boston, Regan National, Dulles, Miami, Toronto, Montreal, Las Vegas, Paris, and London, among others. Fife’s PRG allows airport executives and consultants to exchange strategies and ideas, saving the industry millions of dollars annually.
“I’ve always been truly impressed with the visionary contributions that he has made to airport projects around the world,” added executive chairman John Dionisio of AECOM.
“Bill’s innovative leadership made a significant impact on our aviation practice, our company, and the overall industry.”
He received a Certificate of Appreciation from the United States Department of Transportation Federal Aviation Administration Eastern Region (FAA) in 2003. His articles have appeared in major industry and non-industry publications; CNN has turned to him as their aviation industry expert.
Fife earned a BS in electrical engineering from Manhattan College, an MS in industrial management from Polytechnic University, a division of NYU, and an MPA in public management from Long Island University’s CW Post Campus.
He lives in Merrick, Long Island, with Pat (née DeAngelis), his wife of 46 years. They have three children and five grandchildren.
At the July 29 PWC Transportation Forum, Fife will moderate a panel featuring Michael Horodniceanu, president, MTA capital construction; Veronique (Ronnie) Hakim, executive director, NJ Transit; Stephanie Dawson, acting chief operating officer, PANY&NJ; Joan McDonald, commissioner, NYS DOT; and Polly Trottenberg, commissioner, NYC DOT.