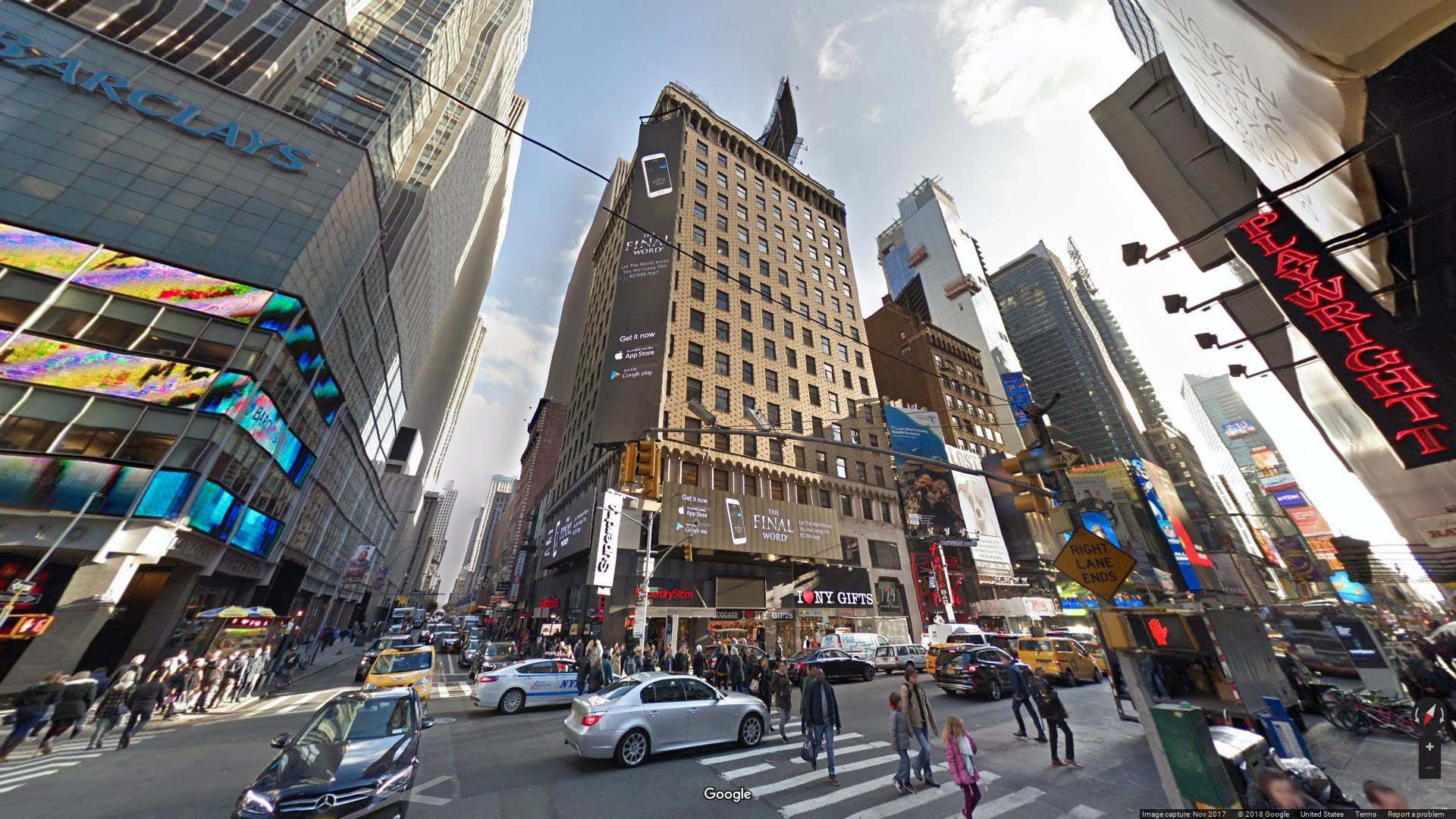 Widower sues after his wife is killed by broken building facade

Steven Tishman, whose wife Erica was killed by chunks of brick façade that fell from 729 Seventh Avenue, has sued the building’s owners and the city for negligence.

Tishman is seeking unspecified damages in the lawsuit that claims, despite repeated warnings of the façade’s state of disrepair, the owners did nothing to right it and the city did little to make them.

Erica Tishman, a mother of three and vice president at Zubatkin Owner Representation, died in the accident on December 17, 2019, at the age of 60.

According to the lawsuit, the city cited the owners of 729 Seventh Avenue (pictured top) for “damaged terra cotta at areas above 15th floor in several locations which poses falling hazard for pedestrians,” in April, 2019. The owners were fined $1,250, but they did not repair the façade.

According to the court papers, only after the death of Mrs Tishman in December did the city order the building owner to install a sidewalk shed to protect pedestrians and fined them a further $13,000 for failing to file a façade status information sheet.

The lawsuit alleges it was a pattern at several properties owned by Himmel & Meringoff that included 521 West 57th Street, 400 Eighth Avenue, 30 West 26th Street and 395 Park Avenue. In all, the company was fined $43,000 for various building façade violations at each property.

Tishman’s lawyer Benedict Morelli told the New York Post, “There is a disturbing trend in our City where building owners are not held accountable for safety violations.

“Owners receive minuscule fines that they are able to pay off as a way to avoid making actual repairs. This practice is an open secret in the New York real estate community. We need a better system that puts safety first.”

Attorney Sara Director, a partner at Barasch McGarry who is not involved in the case, agreed.

“For decades, the City’s Department of Buildings failed to effectively enforce regulations protecting New Yorkers from unsafe building facades,” said Director. “Even when owners were notified and simply refused to address unsafe conditions, the City did not act timely or efficiently. It was an open secret, and the very definition of negligence.”

Known as “Local Law 11”, the program requires all owners of buildings over six stories tall to hire licensed professionals to perform a façade inspection every five years.

“Building owners are on notice – maintain the safety of your façades, or you will face stiff fines and rigorous enforcement,” said Commissioner La Rocca at the time. “We are strengthening the tools we already have to ensure that New Yorkers are kept safe from deteriorating façades. New rule changes and more proactive field inspections will better equip us to hold negligent building owners accountable, and protect the public.”

Nick Paolucci, a spokesman for the city’s law department, said, “This was such a tragic incident. Our hearts go out to this family.  We will review the case and respond as we proceed in the litigation.”

A spokesman for Himmel & Meringoff said, “This lawsuit is not unexpected. The loss of Erica Tishman is a profound tragedy.

“We have been working diligently with the New York City Department of Buildings since the incident to obtain the necessary plans and approvals required to perform the facade repairs. As part of this process, our company determined independently that the decorative terra cotta should be removed completely from 729 Seventh Avenue. The DOB approved and stamped the necessary plans in late July and we are about to begin the work.”

REBNY president James Whelan said, “We hope that the City’s recent actions will help strengthen the inspections process and reduce delays to prevent another tragedy like this from happening again.”