Rosenberg & Estis, P.C. announced the promotion of four attorneys. Arielle Frost will become a member of the firm, while Jeanine Floyd, Stefanie M. Graham and Devin P. Kosar will become of counsel. 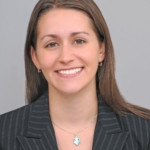 Arielle Frost joined Rosenberg & Estis in June 2011 and became of counsel with the firm’s Transactional Department in June 2016. 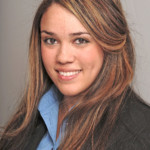 Jeanine Floyd joined Rosenberg & Estis in 2007 as an associate with the firm’s Litigation Department. Floyd practices in the area of commercial and residential real estate litigation, mortgage foreclosure and landlord and tenant law.

Floyd received her bachelor’s degree from Yale University and her J.D. from Fordham Law School where she served as a member of the Environmental Law Journal. 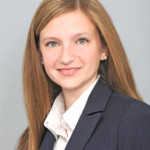 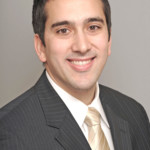 Devin P. Kosar joined Rosenberg & Estis in 2008 as an associate with the firm’s Litigation Department.

Kosar’s practice involves all areas of real estate litigation including complex commercial litigation, landlord/tenant law and construction law. Additionally, Kosar has extensive experience in all regulatory and administrative law matters before the New York City Office of Administrative Trials and Hearings.
Kosar received his bachelor’s degree from Boston University and his J.D. from St. John’s University School of Law. 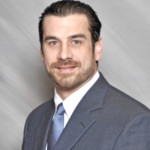 Verducci specializes in industrial transactions in the northern New Jersey marketplace with a focus on logistics, site selection, and cold storage.

He joined NAI Hanson in 2005 and, over the past year alone, has brokered several newsworthy leases.
Verducci has become one of the most trusted brokers in the refrigerated warehousing sector, regularly tapped by food users and building owners, including HelloFresh, Farmland Dairies, and W.B. Law Coffee, to provide solutions to their real estate needs. Verducci also serves as a Commissioner on the Jersey City Board of Redevelopment and is an active member of the Industrial & Office Real Estate Brokers Association (IOREBA), the International Association of Refrigerated Warehouses (IARW). He is a graduate of the University of Delaware. 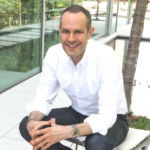 Zalka has previously held the position of principal at Matrix Development and was a co-founder of Matrix Real Estate Advisors, a real estate asset management and advisory firm.

At legion, he will play a key role in the planning and development of upcoming project and sourcing new acquisition opportunities for the firm. 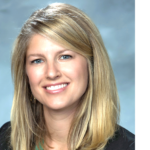 Moore will focus on delivering agile real estate solutions for occupiers and investors.

Since joining CBRE in 2010, Moore has harnessed expertise in developing integrated account solutions for major corporate occupiers and served as both a real estate consultant and workplace advisor.

Most recently, she was the national occupier business development lead for the Western U.S. Earlier, she led the development of CBRE’s Workplace360 program — an initiative that has transformed the way CBRE employees work and how the organization designs and allocates space. 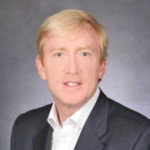 Kenny brings three decades of mortgage and securitization experience to Greystone as it expands its lending capacity across a range of platforms.

In this newly-created role, Kenny will drive increased debt origination among institutional clients.
Kenny joins the firm from Starwood Property Trust, where he served as Head of New Business Development for Real Estate Investing and Servicing.

Prior to Starwood, he was Head of Americas Mortgage & Securitized Product Sales at UBS. He also spent 17 years at Bank of America / Merrill Lynch beginning in 1992 with roles including Head of Americas Rates Sales.

Broadstone Net Lease, Inc. (BNL) announced the addition of Greg Lang and Sean Hostert, each as Vice President, Acquisitions of the Commercial Division.

Greg Lang joins the firm with a diverse background in investment real estate. Most recently, Greg served as Vice President of Investments for Colony Starwood Homes prior to its merger with Invitation Homes. He also has experience as a former Managing Director of Acquisitions at STORE Capital.

Lang holds a BS degree in Management with a minor in Economics and certificate in Small Business and Entrepreneurship from the W.P. Carey School of Business at Arizona State University.

Sean Hostert joins Broadstone with nearly eight years of real estate, finance, and accounting experience.
Most recently, he served as Director of Acquisitions for VEREIT, Inc., where he focused on sale leaseback opportunities and made contributions to over $650 million of closed retail transactions.
Hostert holds dual BS degrees in Finance and Accountancy from the University of Illinois at Urbana-Champaign. 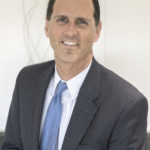 CBRE announced that Jeffrey Hipschman, Senior Managing Director of the company’s New Jersey market, is taking on the additional role of Industrial & Logistics Divisional Lead for the Northeast.

By appointing Hipschman to the new role, CBRE has assigned one of its top regional leaders to guide its Industrial & Logistics practice in one of the largest and most active regions in the world for distribution, logistics and industrial uses.

Hipschman will coordinate CBRE’s work across logistics markets including the long-established New Jersey market as well as those turbo-charged in recent years by e-commerce distribution, such as eastern Pennsylvania and New York’s outer boroughs.

In addition to his Industrial & Logistics role, Hipschman is responsible for the management of all CBRE business lines across New Jersey, as well as all operating and support units, including office and industrial brokerage, asset services, project management, investment properties, research, marketing, legal and finance. 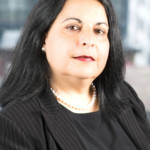 Romer Debbas LLP announced that attorney Lina M. Viviano has joined the firm as a partner.

Her practice will focus on residential real estate transactions and related litigation matters.

Viviano concentrates on the representation of purchasers and sellers of cooperatives, condominiums, townhouses and single-family residences, and clients in a range of real estate and general litigation disputes.

Prior to joining the firm, Viviano was a partner in the New York office of Winston & Strawn LLP. She has practiced law for over 20 years.

Viviano is the founder of Gotham Walking Tours, a historical consulting and private walking tour company and is a professionally-licensed New York City guide.

JLL announced that Dana Robbins Schneider, managing director and national practice lead for JLL Energy and Sustainability Services, was appointed by the U.S. Green Building Council as a Member At-Large on the LEED Steering Committee. 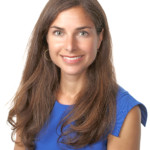 She will serve an initial one-year term starting January 1, 2018, and will remain eligible to serve on the Steering Committee through 2021.

She was instrumental in developing a groundbreaking analytical model for the project to maximize energy and environmental value per dollar spent. This work has reduced energy use at the Empire State Building by 40 percent, and has provided the foundation for programs including Energy Star for Tenants and the Urban Land Institute’s Tenant Energy Optimization Program.

Robbins Schneider has now replicated this energy optimization process in more than 100 spaces across the United States. 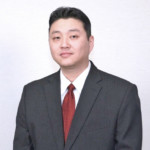 Lee joined MVS in 2003, the year the firm was founded, and served as a senior vice president and team leader. He now joins Peter Rastetter and David Lyon as executive vice presidents.

As senior vice president, he has been responsible for the firm’s metropolitan area multifamily portfolio work.

He is certified by the State of New York as a Real Estate General Appraiser and is currently a candidate for designation with the Appraisal Institute. 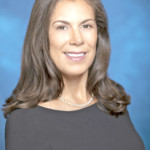 McShane began her career with Sanford Bernstein & Co., eventually becoming a partner in the firm. She joined Morgan Stanley in 2002, and received her undergraduate degree from Duke University, and holds an MBA from the Columbia Business School. 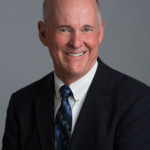 Gehl, who prior to his retirement served as Senior Vice President Real Estate and Facilities of Family Dollar Stores, Inc., boasts more than 30 years of experience in real estate development, store operations and strategic planning for major retail brands and Fortune 500 companies.

In his new role, Gehl will offer strategic and advisory services to retailers looking to expand their footprint to the New York and Northeast markets. Leveraging his industry expertise and contacts, Gehl will work primarily on helping retailers and service providers operating in small- to mid-sized locations (20k SF and below) with a focus on specialty, discount and grocery retailers as well as food service and consumer service providers.