Dawn M. Carpenter, CPM of Staten Island,  took the oath of office as the 2017 president of the New York State Association of Realtors (NYSAR). She will serve a one-year term in the post.
A Realtors for more than 17 years, Carpenter is the broker-owner of Dawning Real Estate in Staten Island, NY.
Carpenter is a past president of the Staten Island Board of Realtors (SIBOR) and chair of the Staten Island Multiple Listing Service. Additionally, she has served on or chaired numerous local board committees as well as having served on the board of directors for many years. She was recognized as SIBOR’s Realtor of the Year in 2008. She also holds memberships in the Brooklyn board, Columbia-Greene board and Greater Capital association.
Carpenter is also actively involved in the Institute of Real Estate Management (IREM), serving on its Legislative Policy Committee. She is a past chair of the Ethics Committee. She is a past president of the IREM Greater New York Chapter #26 and was its Certified Property Manager of the Year in 2008.
Active in her community, Carpenter is a long-time volunteer with the March of Dimes and American Cancer Society as well as the Columbia-Greene and Richmond County Special Olympics.
•••
Susana Sawhney is the newest licensed salesperson to join Homes By Mara Realty.
Previously, Sawhney was a student at Hofstra University attending a real estate sales course while working as an assistant at the private NY-based commercial real estate business, 27 Cliff Street Realty, in Manhattan, NY.
Sawhney’s prior work experience includes working in fashion as a sales representative at Chico’s FAS. She was also a graphic artist at Alpina Color Graphics, Inc., and at Alpina Copyword, as well as at MTM Printing . Additionally, she was a marketing strategies assistant at Motor-Motion Inc. .
Sawhney, who has a Bachelor of Advertisement from Universidad Catolica de Manizales in Colombia, grew up in Colombia before coming to the United State in 1992 to learn English and computers, at which time she lived in Commack, NY.
•••
Stribling & Associates announced that Garrett Derderian has joined the firm as Director of Data & Reporting. In his new role, Derderian will oversee Stribling’s proprietary data platform, integrating the most current, accurate, and relevant information for Stribling agents and their customers. Additionally, he will author a series of monthly, quarterly, and annual “State of the Market” reports analyzing comparative data for New 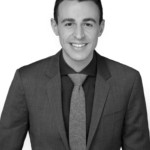 York City’s residential market.
Prior to joining Stribling, Derderian was a research analyst at both Douglas Elliman Development Marketing and Compass, where he created and authored market reports, outlined data trends, and generated statistics for the NYC residential market. He also worked in data research in the NYC commercial market at Newmark Grubb Knight Frank. Most recently, Derderian worked in Capital Markets at Lloyd Jones Capital.
Derderian will be based out of Stribling’s Upper East Side flagship at 924 Madison Avenue.

•••
The Corcoran Group announced that Oliver Brown has joined the firm’s flagship East Side office from Compass.
Oliver, with over 24 years of residential real estate experience, is ranked in the top one percent of agents nationwide.
Brown specializes in representing both sellers and buyers in all areas in Manhattan and Brooklyn, anywhere from his longtime neighborhood of the Upper East Side to Brooklyn Heights, where he is co-lis ting 146 Willow Street for $16M.
Before joining Compass, Brown spent two years with CORE and, before that, he was with Sotheby’s for 18 years. He began his career at Douglas Elliman, where he spent two years.
•••
Houlihan Lawrence announced the appointment of Jeff Doder as manager of its Scarsdale brokerage office.
Jeff is a progressive industry veteran who brings 25 years of real estate experience to the role. Most recently, he was managing director with Town Residential in Manhattan and also served as senior managing director at Corcoran’s Park Slope office. Jeff succeeds Lewis Arlt, who recently announced his retirement from Houlihan Lawrence.
Jeff’s appointment exemplifies Houlihan Lawrence’s commitment to innovation and leadership. His impressive expertise in residential and commercial sales, leasing, marketing and development is a tremendous asset to both colleagues and clients.
•••
Pam and Joe Moshé, owners of Charles Rutenberg Realty, Inc. in Plainview, New York, announced that Ruth F. Pfeffer, Vidyavrat “Satish” Chandra, Howell Silverman and William “Bill” Moseley have been appointed to leadership roles within the Long Island Board of Realtors (LIBOR) for 2017.
Pfeffer was named as a Director of LIBOR for 2017 and as President-elect for the Central Nassau Chapter of LIBOR, for which she is serving her second year as a Director. A graduate of Hofstra University, Pfeffer was the first employee to join Charles Rutenberg Realty when the firm opened more than 10 years ago.
A licensed Real Estate Salesperson who practices primarily in Nassau and Queens,  Chandra was recently appointed as Secretary of the Central Nassau Chapter of LIBOR, for which he is also serving in his second year as a Director. Chandra, who has been with Charles Rutenberg for more than four years, is a licensed paralegal with a background in retail, banking and marketing.
This year, he was also named a Director of LIBOR. Silverman, who is an Associate Broker and 13-year industry veteran, joined Charles Rutenberg early last year. He recently began to enhance his Real Estate potential by expanding into the home building industry with one home currently in progress on Long Island’s south shore and one on the north shore in the works for next year.
Moseley, who also joined Charles Rutenberg’s Commercial Division last year, was appointed as Treasurer of the Commercial Network of LIBOR. In addition to practicing Commercial Real Estate in Eastern Nassau and Western Suffolk, Mr. Moseley also owns State Property Solutions, Inc., a residential purchasing company that rehabs properties, and works as a commercial and residential Real Estate photographer.