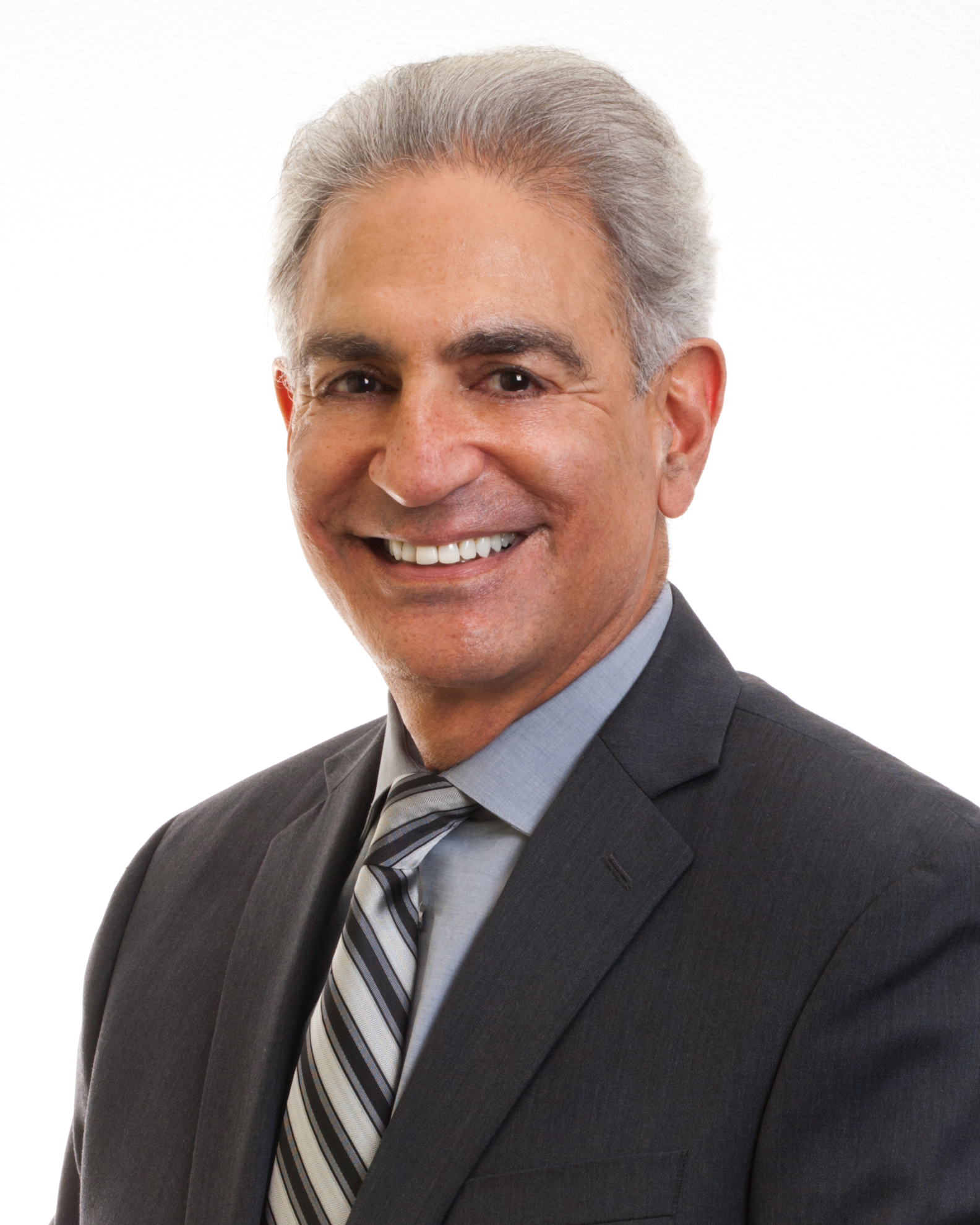 Coldwell Banker Commercial Alliance announced that Corey J. Abdo, a 25-year veteran of commercial real estate, has joined the firm as an executive managing director, leasing and sales, for its New York City office.
Over the course of his career, Abdo has negotiated over two million square feet of real estate transactions and joins CBC Alliance from EVO Real Estate Group, formerly Winoker Realty Co. Inc., where he spent the last 12 years leading the company’s leasing efforts as an executive vice president and partner.

Prior to his stint at EVO Real Estate, Abdo worked at Newmark & Company for 17 years and was instrumental in the development of the company’s promotional brokerage division.
Tenants represented by Abdo during his career include Chadbourne & Parke, Rodman & Renshaw, Leukemia Society of America, Playbill Inc. OMI, Saudi Petroleum, CBS, Time Warner, AT&T, Scandinavian Bank, Grand Charter Group, Miller & Co., and Victoria Hagen.
Abdo holds a Bachelor of Economics degree from Hofstra University.
•••
Princeton Holdings, LLC, announced that David King has joined the firm as managing director.
King has held senior-level positions in the commercial real estate business for nearly three decades, during which time he has worked on virtually every aspect of the business.
He began his career working in the Real Estate Finance Group at the Bankers Trust Company.
He then joined the U.S. arm of the Olympia & York Companies which, at the time, was the largest commercial landlord in the nation.
At Olympia & York, which ultimately became Brookfield Properties, he was involved in financing, leasing and sale transactions related to the firm’s portfolio in the United States.
He also worked extensively on the restructuring of Olympia & York’s debt prior to the Brookfield Properties transition.
King subsequently became a partner at Northstar Capital Partners. In 2006, he left Northstar to form the First Point Companies, which chiefly invested in multifamily assets in New York City and major East Coast markets.
A cum laude graduate of Princeton University, King earned his MBA from the University of Pennsylvania’s Wharton School of Business.
•••
Grassi & Co. has welcomed two new professionals to their Tax Practice.
Tony Panebianco, CPA, has joined the firm as director of Family Wealth Strategies.
As a certified public accountant with nearly 20 years’ experience in handling tax and accounting matters, Panebianco has developed a client base of domestic and multinational entrepreneurs and executives, including their family members, trusts, partnerships and closely-held corporations.
Bill Franzon, CPA, has joined Grassi & Co. as a Tax Principal.
His expertise includes reviewing and preparing significant global tax provisions (ASC 740) as well as FIN 48 projects. Additionally, he reviews tax compliance for large C Corporations, S Corporations and Partnerships for a variety of clients.
Prior to joining Grassi & Co., Franzon worked for a national law firm.
•••
Rechler Equity Partners has hired industrial brokerage community veteran Chris Costa as part of its leasing and tenant services team.
Costa has more than 20 years of experience in all aspects of the industry. At Rechler, he will work with Ted Trias, the firm’s director of leasing and acquisitions, and Harry Stavro, director of leasing.
Costa comes to Rechler Equity Partners from Colliers International Long Island, Inc., (formerly Sutton & Edwards, Inc.), where he spent the past seven years as a commercial real estate broker.
Before switching to the industrial leasing side of the business, Costa was the director of property management and construction at Sutton & Edwards, Property Management, Inc..
•••
The New Jersey office of NorthMarq Capital has announced that real estate veteran Cristina Kloss has joined its production team to further its debt and equity platform.
Kloss most recently was a senior asset manager with Angelo Gordon’s Net Lease Group where she oversaw over $500 million in loan transactions for the funds’ commercial and industrial investments around the country.
Prior stops included Morgan Stanley Investment Management and W.P. Carey & Company.
•••
Guaranteed Rate announced that Jim Earl and Linda Maxwell have been named area managers as part of the company’s planned expansion in the state.
Earl and Maxwell will be responsible for mortgage loan production in Connecticut.
They will also be responsible for recruiting loan officers and underwriters along with overseeing a dozen local loan officers who joined Guaranteed Rate with them.
Prior to joining Guaranteed Rate, Jim Earl served as branch manager for Mortgage Master, Inc. He also previously was a loan manager for Metro Mortgage Company.
He holds a bachelor’s degree in business administration from Norwich University.
Linda Maxwell was also a branch manager for Mortgage Master, Inc. prior to joining Guaranteed Rate, and was an executive vice president with EPI Mortgage/Metro Mortgage.
Prior to that, she was a branch manager with IPI Skyscraper Mortgage. She holds a bachelor’s degree in accounting from Central Connecticut State University
•••

Cushman & Wakefield announced that Raymond W. Kelly, president of Risk Management Services, has been named as a consultant for all ABC News platforms.
Commissioner Kelly joined C&W following a career that includes 50 years of public service.
Among the hallmarks are his positions as the longest serving Commissioner in New York Police Department history, Commissioner of the US Customs Service and Undersecretary of Enforcement at the US Treasury Department as well as his United States Marine Corps service.
•••
Advance Realty has hired Barry Quiner as director of asset management and has promoted Rick Zack to managing director of property management.
Barry Quiner is responsible for the development and implementation of property-specific value enhancement strategies for projects in the Advance Realty portfolio and acquisition pipeline.
In addition, he is responsible for the company’s leasing initiatives with existing tenants and exclusive brokers.
Prior to joining Advance, Qiner spent seven years as the owner of real estate investment consulting practice Path of Growth. Previously, he was a vice president with Prudential Real Estate Investors.
Previously a director with Advance, Rick Zack oversees the property management of the company’s portfolio of assets in the New Jersey and Washington, D.C. regions.
Prior to being promoted to director in 2011, Zack served as general manager for One Gateway Center, the company’s 515,000 s/f Class A commercial office building in Newark, NJ.
He retuned to Advance Realty after a period of time at Precision Building and Construction.
•••
Award-winning former Wall Street Journal real estate reporter, Dawn Wotapka has joined Rubenstein Associates as an associate vice president.
Wotapka will work in the firm’s expanding Real Estate Practice headed by Steve Solomon.
For the past seven years, Wotapka covered a variety of real estate beats for both the Journal and the Dow Jones Newswires. Most recently, she wrote cover stories and helped with multimedia features for “Mansion”, the Journal’s weekly luxury real estate section.
Prior to joining the Journal, Wotapka was a real estate reporter for Long Island Business News, and before that, covered government and transportation for the News & Observer in Raleigh, NC.
In 2007, she won an “Ace” award for her coverage of WCI Communities; an award from the NY State Society of CPA’s for her 2009 series “Lurking in the Balance Sheet” and an honorable mention for “Best Body of Work” from NAREE in 2011.
•••
Mill Creek Residential has hired Russell Tepper as senior managing director of the Northeast Region to further the company’s strategic growth in its chosen markets.
Tepper, who brings 21 years of industry experience to his new role, will be responsible for managing all development activities in New York, New Jersey, Connecticut and Pennsylvania, including the acquisition of new sites for development.
Previously, Tepper served as vice president of development for Matrix Development Group.
•••
Bussel Realty Corp. (BRC) announced Peter Anderson has joined the company as a vice president – brokerage services.
Anderson brings over 20 years of sales and marketing experience to his position. He served as an advertising sales manager for several leading national magazines in the Time Inc. family of publications.
Anderson also sold print and web advertising space for eight years at Gannett Newspapers and for three years at Rodale Publications.

HAVE YOU HEARD … Oh, Jimmy you’re so fine