Colliers International’s New York Retail team has expanded with the addition of Zach Nathan, who joins the firm as a director focused on the representation of retail owners and tenants in acquisition and disposition activities in the Tri-State Region.

Nathan has more than six years of experience in the New York market and has concluded transactions in Manhattan as well as Brooklyn, Queens and the Bronx. 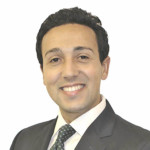 He has represented institutional, public, private and other property owners in transactions with banks and other financial institutions, fitness organizations, telecommunications giants, cultural institutions and international restaurant conglomerates.

On the tenant side, he has relationships and works closely with restaurants, fashion brands and fitness operators, among other retail categories.

Prior to joining Colliers, Nathan was a director at Ripco Real Estate. He earned a Bachelor of Science from the University of Maryland.

Parsons’s will co-ordinate a team of valuation and advisory specialists across the U.S. with the aim of growing CBRE’s national data centers platform.

In the newly created role, his responsibilities include the cultivation of new clients and client care of existing major accounts; appraisal methodology/formats; portfolio management; and quality/risk management.

He will also coordinate with CBRE VAS counterparts globally in the Europe, Middle East and Africa, and Asia Pacific (APAC) regions.

Parsons, who joined CBRE in 2011, is an industry executive with more than 15 years of commercial real estate experience in both the U.S. and APAC.

He is also the market leader for the appraisal and consulting assignments of office real estate in the Pacific Northwest.

Bell Partners announced a series of senior personnel initiatives in support of its growing business and expanding national footprint.

McCormick joins Bell from The University of North Carolina (Chapel Hill) where he served as Director of Executive Development. He previously served as Vice President Human Resources with Fidelity Investments, Head of Talent Management for Duke Energy, and Senior Director of Commercial Business at Michelin North America.

Hunt Mortgage Group announced that William Hyman has been named the chair of the Fannie Mae DUS Lender Advisory Council.
The council consists of ten DUS lender representatives that advise Fannie Mae Multifamily leadership on a variety of strategic matters. 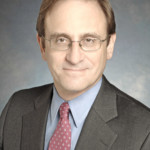 Hyman is a Senior Managing Director at Hunt Mortgage Group and serves as the firm’s Fannie Mae DUS CEO.

He is responsible for Agency Relationship Management and strategic technology and training initiatives.

Hyman has been with Hunt Mortgage Group since 1988, following the merger of PW Funding, where he was co-president, and CharterMac.

Hyman also serves on the governance council of The Yale Club of New York City, and chairs the club’s Finance Committee.

Avison Young announced that Brooks Hauf has joined the firm as a Senior Director.

He will specialize in tenant representation with a focus on business development in the New York metropolitan area. 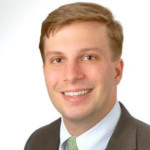 Hauf has completed more than two million square feet of transactions in his first six years in the business.

Prior to joining Avison Young, he spent six years at Cushman & Wakefield, most recently as a Director.

He earned a B.A. in Economics and in History from Trinity College in Hartford, Connecticut.

He played for four years on the varsity lacrosse team, during which time he won the 2011 Most Inspirational Player of the Year Award.

Tarter Krinsky & Drogin announced that Kevin Groarke has joined the firm as a partner in its Real Estate practice.
A veteran real estate lawyer, Groarke’s practice is focused on structuring and implementing acquisitions, dispositions, financing and leasing of commercial property. His clients include developers, owners, non-US investors, REITs, banks and financial institutions.

Prior to joining Tarter Krinsky & Drogin, Groarke was a partner at Dentons LLP.

Romer Debbas LLP announced attorney Christian P. Daglieri has recently joined the firm as a partner.
Previously,. Daglieri was a partner in the New York office of Montgomery McCracken Walker & Rhoads LLP.
At Romer Debbas he will concentrate his practice on transactional real estate, including acquisitions, sales, financing, leasing and development transactions. 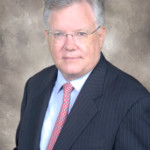 Hannon previously served as Chief Operating Officer of Quest Global Advisors. Before that, he was head of Hedge Fund Investment Due Diligence, Manager Selection and Operational Due Diligence at Stamos Capital Partners, where he was a Partner and member of the Investment Committee.

He began his career as a fixed income Portfolio Manager at Nomura Securities.
Hannon holds a Bachelor of Science degree from The Pennsylvania State University and is a CFA Charterholder.

Olshan Properties announced the appointment of Ernie Catanzaro as Head of Hospitality in charge of the company’s growing hotel portfolio.

Catanzaro, who will report directly to Chief Executive Officer, Andrea Olshan, is based in Olshan Properties’ headquarters in New York City and travels frequently to the company’s Columbus, Ohio offices.

His responsibilities include oversight of all the company’s hotel operations and growth initiatives including revenue and sales growth; expense, cost and margin control; and monthly, quarterly, and annual financial goal management. 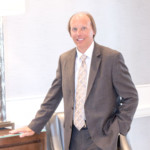 A 30-year veteran of the hotel industry, Catanzaro joins Olshan Properties from Capital Corp, where, as Regional Director, he was responsible for a portfolio of full service hotels and resorts.

He has worked across the country in senior management positions contributing to numerous organizations’ portfolio growth and efficiency, including the Melrose Hotel Corp, Hilton Corporation, and the Dow Hotel Company. 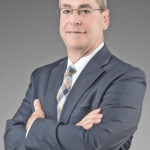 Since being invited to Counselor membership in 1998, Nahas has provided continuous service and leadership to the group.
He chaired or served on numerous CRE committees – including education, membership, budget and finance, bylaws, and executive – was an officer of the CRE Delaware Valley chapter, and led the Counselors in the Classroom initiative, in which members volunteered to serve as guest lecturers in university real estate programs. He was elected to The Counselors’ board in 2014.

He instructs as an adjunct professor in commercial real estate investment at Villanova University School of Business.
He earned his MBA in real estate finance, and undergraduate degree in economics from Temple University. He holds the FRICS designation from the Royal Institution of Chartered Surveyors.