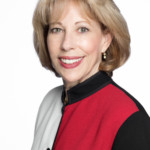 Abrams spent three decades developing the retail business at The Lansco Corporation, where she was Vice Chairman, and more recently served as a Principal and Vice Chairman of the retail group at Eastern Consolidated.

This addition comes off the heels of Compass’ entrance into commercial real estate.
The company launched Compass Commercial earlier this month after merging with Paragon Real Estate Group in San Francisco, and the addition of Adelaide Polsinelli and Ronda Rogovin, two of New York City’s top commercial brokers. 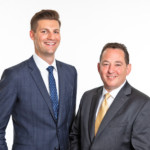 Hakim and Murad worked together for more than six years at two prior firms. Iadeluca has been working with the team for the past several years as well, sourcing significant transaction volume on its behalf.

During their careers, the team has closed over $10 billion in transactions across all property types with a focus on construction, predevelopment, land loans and value-add reposition business plans. 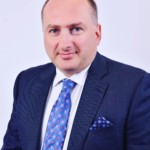 B6 Real Estate Advisors (B6) announced the appointment of David Chase as Partner and Executive Managing Director of Investment Sales.

Chase most recently served as President and CEO of ONE Commercial Realty Services.

He brings over 16 years of experience in investment sales, retail leasing and construction management to the growing team of B6 Real Estate Advisors. 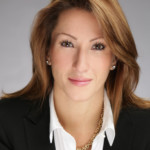 Prior to joining Heitman, Spears was Senior Vice President of acquisitions, development, finance, and asset management at Fifield Realty Company where she was responsible for sourcing acquisition and development opportunities and oversaw operations of the firm’s Chicago office.

She has also held the position of Vice President, Multifamily Investments at Pearlmark, and Financial Analyst, investment banking at J.P. Morgan Securities, Inc.

Spears has a Bachelor’s degree in Business Administration from Case Western Reserve University.

NAI James E. Hanson announced that Rita Tignini and Raquel Perez have joined its Teterboro, N.J. office.
Rita Tignini will be serving as a Property Accountant.

Perez boasts nine years of experience in accounts receivable roles and she most recently served as the Account Receivable Clerk at Urban American Property Management where she was responsible for managing tenant payments, assisting the legal and finance departments, and tenant relations. 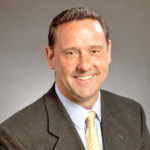 Robert Cunningham, CIPD, CPE, an engineering executive with more than 25 years of experience in the life sciences and pharmaceutical sectors, will serve as associate managing director of the firm’s Boston office.
In this capacity, he will oversee the office and the team, cultivate new business, and manage client relationships.

Previously, Cunningham served as the national science and technology practice leader for AKF Group.
His experience to date encompasses projects for some of the biggest names in healthcare and pharma, including Harvard University Medical School, Johns Hopkins School of Medicine, Biogen, Inc., Bristol Myers Squibb Company and Medimmune. 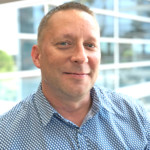 Christopher Ieradi, an electrical engineering and commissioning expert with more than 30 years of experience, will serve as associate practice area director in the firm’s Los Angeles office.

In his new role, he will focus on commissioning and facilities management.

He received a degree in electrical engineering from Penn State University, and subsequently honed his skills as a squadron and program leader in the United States Air Force, where he specialized in aircraft avionics and electrical systems engineering. 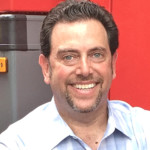 Rob Weiss is Vice President of A.J. McNulty & Co Inc., where he is responsible for overseeing estimating and sales departments and for implementing the company’s safety programs.

Weiss is also Vice President of Cranes, Inc. where he oversees the daily operations of the company, including managing a fleet of 50 cranes for rental in New York City.

His areas of expertise range from steel and precast concrete construction to cranes and rigging all the way to construction safety.

Weiss’s most recent projects include the Sloan Kettering Breast Imaging Center, the Downtown Four Seasons Hotel, CUNY’s New Academic Building and Empire Outlets. Weiss is also an officer for Allied Building Metal Industries, Inc, as well as on the Board of Directors for the Specialized Carriers & Rigging Association and on the Board of Governors for the Building Trades Employer’s Association. 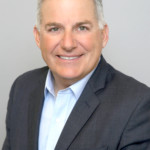 Gary Panariello is a member of Thornton Tomasetti’s board of directors and is based in the firm’s San Francisco office. He has more than 20 years of experience in research and in the design, investigation and construction of complex structures, with a specialty in the dynamics of structures subjected to earthquakes, hurricanes and other natural or man-made events.

He holds Ph.D. and masters’ degrees in civil engineering and engineering mechanics from Columbia University and a bachelor’s degree in physics and astronomy from The Johns Hopkins University. 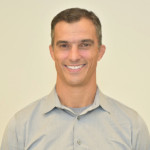 Peter DiMaggio, who was recently elected to Thornton Tomasetti’s board of directors, is based in the firm’s New York, Wall Street office.

He is a recognized expert in special structures and protective design and directs many of the firm’s more high-profile and challenging projects worldwide. During his 20-plus-year career, he has been involved in the design and structural hardening of more than 40 U.S. embassies, federal facilities and courthouses. 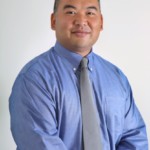 As chief technology officer, Robert Otani will take on broader responsibility for the firm’s overall strategy in technology outreach and development.

Otani has played a key role in the development of CORE studio, Thornton Tomasetti’s research and development incubator, and has become a recognized thought-leader on automation and computational modeling. 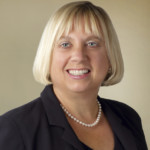 Carol Post has served as a leader in the firm’s standards and quality assurance/quality control committees and has played a key role in the development of the QAQC protocol in the Structural Engineering practice.
Post has more than 30 years of structural engineering experience across a range of project types and market sectors.

She will oversee and manage QAQC protocols so that the firm’s broad, innovative work continues to be a model for collaborative excellence.