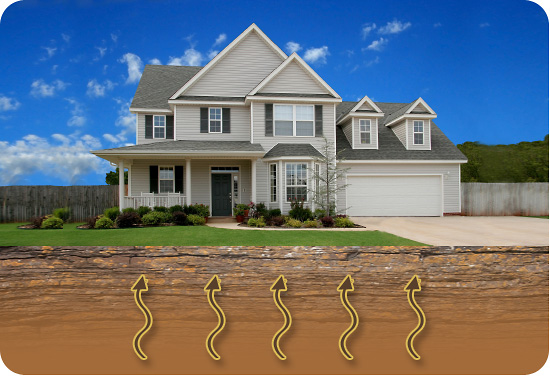 In an industry built on transactions, deal flows, and originations, someone needs to provide checks and balances when there is cause for concern. EBI Consulting has built its business on physical due diligence for commercial real estate, assessing collateral for engineering and environmental anomalies before debt and equity deals are transacted. Owners and lenders rely on companies like EBI to identify potential hazards before closing.

These risks and concerns can vary greatly. Environmental issues include subsurface contamination related to above- and below-ground tanks, dumping or spills of petroleum products or hazardous materials, asbestos, lead paint, radon, mold and water damage, and septic systems. On the engineering side, consultants study and assess structural design, modifications, foundations, seismic strength, and more.

One of the biggest environmental issues today stems from the recently changed ASTM Phase I Standard 1527-13, which was adopted in 2013 and was fully implemented in 2014. These changes allow environmental consultants to better define concerns found during Phase I environmental site assessments (ESAs), which involve a review of records, site inspection, and interviews with owners, occupants, neighbors, and local government officials.

In speaking with various banking clients, EBI Consulting has discovered an issue with originators explaining these recent changes, including the greater emphasis placed on vapor encroachment.

To understand the impact of vapor encroachment, we can compare it to when the environmental community formally recognized the impact of asbestos in the late 1980s. Today, nobody thinks twice about asbestos, because it is properly addressed and abated in older properties.

While vapor encroachment has long been recognized as a potential exposure pathway to subsurface contamination, only recently have regulatory agencies shown greater concern. In fact, some “closed” cases have been reopened to address the hazard of indoor air contamination originating from residual contamination in soil and groundwater. Many states now require evaluation of the vapor encroachment exposure route before regulated sites can be considered “closed.”

Vapor encroachment should be a significant concern for the lending industry, as it is the easiest path for a contaminant to impact a subject property building, explains BankUnited senior vice president and environmental risk manager Michael Tartanella.

Vapor issues may result in a lower property valuation, either because of the liability created by an unsafe condition and/or the clean-up or mitigation that must be pursued, adds Columbia Bank appraisal manager Michael Pratico, Jr. “Anything that would serve to negatively impact our collateral is always a concern.”

Borrowers should also be aware of soil and groundwater contamination from adjacent and surrounding-area properties. Why? Those issues should be the financial and regulatory responsibility of those responsible parties, Tartanella points out. Borrowers are often first reluctant to accept neighboring properties as an issue, but vapor encroachment can result in a substantial effect to a building’s viability, he warns. “If the air tenants breathe is impacted, that is a significant and reportable issue for the building owner.”

However, he pointed out a silver lining: Resolving a vapor issue typically means moving impacted air from Point A to Point B (typically the basement/ground floor to roof), which is much less expensive than investigating and remediating a soil or groundwater issue.

Like a buyer who takes a used car to a mechanic or hires a home inspector before purchasing, investors should do the same when considering a commercial or industrial investment located on or near property that once hosted VOC-producing operations. The process involves hiring an environmental consultantlike EBI, which can perform Phase I ESAs to evaluate environmental issues at any site previously used for commercial purposes.

If the Phase I ESA identifies potential contamination, a Phase II investigation can be conducted, which involves subsurface sampling and laboratory analysis to evaluate the presence of hazardous material—including vapor.

A vapor encroachment Phase II ESA is the ultimate cut-to- the-chase step for the lender and borrower if there are off-site environmental concerns, Tartanella notes.

If the Phase I report indicates that an off-site property potentially has impacted soil and/or groundwater that could impact the subject property, then the traditional procedure was to obtain soil and groundwater samples to determine impact. However, if a vapor Phase II demonstrates that the off-site issue does not result in a vapor intrusion issue for the subject property, “Then in essence, the due diligence process has been completed and typically on a pre-closing basis,” he says.
“We have found that these vapor intrusion Phase II ESAs are cheaper, quicker, and tell us if the building has been impacted or not.”

An informed consumer is the best consumer. An experienced environmental professional performing the ESAs can help you by proposing the most up-to- date remedial methods and providing reasonable cost estimates for resolving vapor intrusion issues, putting both the buyer and lender on track toward a successful transaction.