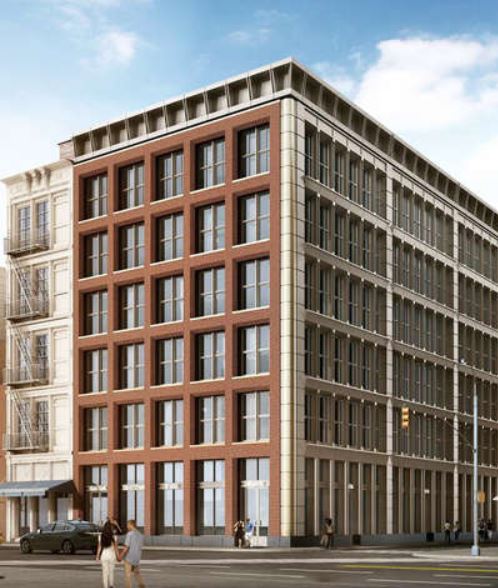 What if they don’t come back? Apartment owners wary of remote workforce

Since the city instituted a compulsory coronavirus shutdown, property owners say young workers in particular have fled the city for their parents’ homes in the suburbs.

Now their big worry is, what if they don’t come back?

The sudden shift to remote work, brought on by the coronavirus shutdowns could accelerate a major migration away from expensive coastal cities.

According to a new survey by Redfin, 1 in 4 newly remote workers expect to continue to work remotely once shutdowns end, and over half of respondents would move if they never had to go into an office.

“A colleague of mine was telling me that he loves being home, it’s the best thing ever,” said JP Rutigliano of J&L Holding Corp., a family-run company that owns hundreds of apartments around the city.

“For me, I’m wondering how this is going to transition moving forward. When it comes to finding new employees who are told they can work from home. Is that going to turn into people wanting to leave the city and work from other locations?”

Noting that it is access to great restaurants, theaters and entertainment that drives a large part of the New York City real estate market, Chassen said, “If that’s not there, why not live in Westchester?”

According to the Redfin survey, more than 60 percent of survey respondents from the New York City metro area said that they would consider moving away if they were able to work remotely all of the time.

In April, 36 percent of Redfin.com users in the New York area were searching for homes in other cities.

Chassen and Rutigliano were part of an online discussion hosted by Kevin Kurland of Home by Choice and including Adam Smith, a director with office and apartment developer, MKF Realty.

Chassen told the panel his company is “very much in defense mode, doing whatever we can to keep tenants from leaving.”

However, years of being selective in its tenancies was paying off, he said, as Arch Companies collected a full rent roll on its nationwide portfolio of rental apartments in April and 90 percent in May.

However, he agreed with Rutigliano who said the traditionally busy spring rental season that sees most developers get aggressive with pricing had become a much more delicate balancing act.

“The most important thing for us now in terms of renewals is retention,” said Rutigliano. “I want to keep people in the apartments and keep the cash flow as stable as possible.

Smith said losing any tenant was “brutal to our bottom line” and admitted, “This is actually the first time that I can remember that we’ve actually given a rent reduction to a tenant to stay. We definitely are not hitting where we expect to hit budget wise on the lease option, but we are focused on renewing tenants at almost any cost.”

But not everyone is convinced coronavirus will re-write the city’s demographics.

“Gauging who of those ‘fleeing’ New York are doing so temporarily, or simply to second homes or family homes, and who are doing so permanently is premature at best,” said Leonard Steinberg, of Compass.

“Like 9/11, many people left NYC initially and returned once they realized planes were not flying into buildings on a weekly basis. So too, once the treatments and vaccines are developed for COVID-19, will people realize big, dense cities like New York, Los Angeles, London, Tokyo, Beijing, etc experience these bumps and recover from them rather quickly. ”

The comments came as Twitter announced it would allow its employees to work from home even after the pandemic shutdown order ends, following similar long-term policy announcements from Amazon, Facebook and Google.

The tech companies were responsible for over one third of 2019ʼs office leasing activity, according to a market report from Savills.

None of the tech giants have yet commented on their future office space plans.

How the real estate industry is helping fight COVID-19

Janno Lieber to take reins at MTA as ‘Acting’ chief