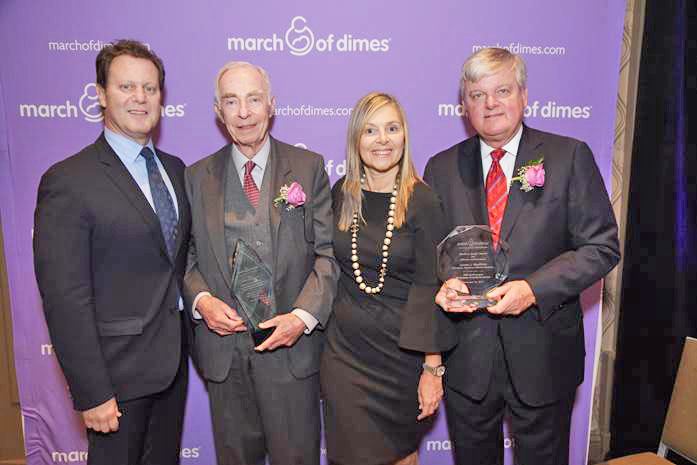 Records were broken as nearly 650 representatives of the commercial real estate industry turned out for the event — the most in its history, raising $550,0000 for the March of Dimes.

The breakfast is the largest gathering of real estate professionals in Westchester County each year.

The company has developed and managed over six million square feet of office and industrial complexes including Cross Westchester, Mid Westchester, Stamford, Stratford, BlueHill and South Westchester Executive Parks many of which have now been merged into the Mack-Cali Real Estate Investment Trust, where he serves as director and principal shareholder.

Houlihan represents the fourth of five generations in a family business, Houlihan-Parnes Realtors. He is also an active partner in GHP Office Realty, as well as a partner in HP Capital, a mortgage service company, a partner in Houlihan Parnes Properties, and a member of Q10 Capital, LLC.

He and his firms have been retained by many leading financial, not-for-profits, and educational institutions as both a consultant and agent to manage, lease, acquire, renovate, and sell real estate.

“It was a great honor for me to be recognized at this year’s 30th Anniversary of the March of Dimes Real Estate Breakfast,” said Houlihan

NYBC salutes best in the building community at annual gala