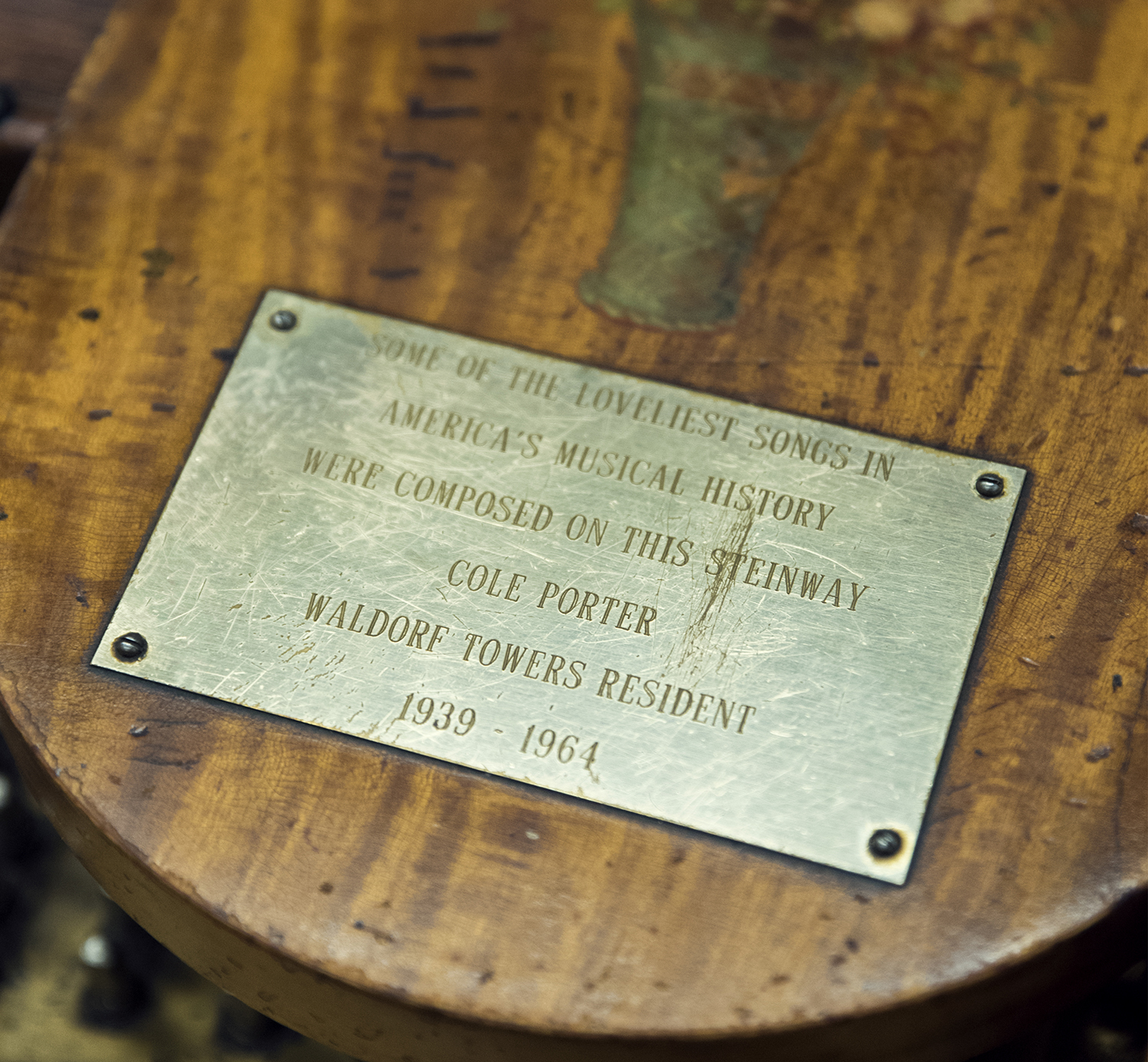 Anbang Insurance Group owner of the Waldorf Astoria New York, is collaborating with the New-York Historical Society to provide an interim home for the hotels treasured artifacts during its renovation.

Until the hotel reopens in 2021, Anbang intends to create new ways for visitors to experience the glamour and history of the world’s most famous hotel and share their historic collections with the public through displays in the renovated space.

And later this spring, visitors to New-York Historical will have an opportunity to view some of Waldorf Astoria New York’s most notable items for the first time since the property began renovations.

The signature pieces on display will include:

The Cole Porter Piano: One of the property’s most famous residents, Porter kept a 1907 Steinway grand piano in his six-bedroom apartment in the Waldorf Towers. He affectionately named the piano High Society and used it to write some of his most popular songs, including Anything Goes and I Get a Kick Out of You. Following Porter’s death in 1964, the Steinway remained at Waldorf Astoria New York where other pianists played it.

Before it goes on display at New-York Historical Society and finds its home once again at Waldorf Astoria New York, the piano will undergo a restoration at the Steinway & Sons factory in Astoria, Queens.

New-York Historical will host a special concert series featuring the piano while on display at the Museum.

World’s Fair Clock Tower: Standing nine feet tall and weighing two tons, the iconic clock was made by the Goldsmiths Company of London for display at the 1893 World’s Columbian Exposition in Chicago.

Commissioned by Queen Victoria for the Exposition to show the friendship between the United States and England, it was later purchased by John Jacob Astor IV for display in the original Waldorf Hotel, which was demolished to make space for the Empire State Building.

When it reopens in 2021, Waldorf Astoria New York will feature 375 luxury residences, 350 hotel rooms and suites, and restored public and event spaces for guests.

“We aim to ensure that when the hotel reopens, it will not only set a new standard of luxury, but it will retain some of the history that helped establish the Waldorf Astoria New York as the premier beacon of luxury.”