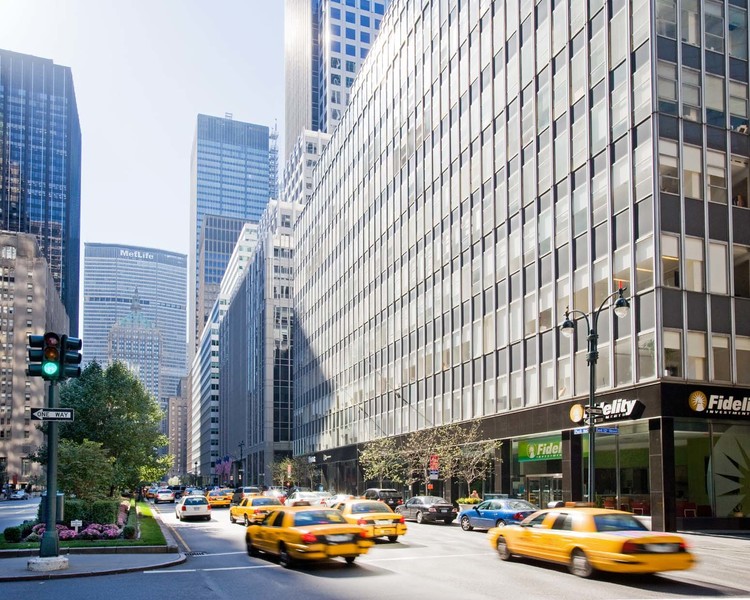 The ten-year loan has a fixed rate of 3.92 percent. According to Vornado, the deal generated net proceeds of $111 million after it paid back the property’s existing $284 million mortgage and closing costs. A report from Commercial Mortgage Alert identified Goldman Sachs as the lender in the deal.

The building, known as the “wedding cake tower” because of its tiered design, is located between 51st and 52nd Streets. Built in 1962, the 571,000 s/f building was originally designed by Emery Roth & Sons.

Vornado bought the property for $542 million in 2006. The previous owner was 350 Park Investors Corp., an entity controlled by Kuwaiti-owned Fosterlane Management Corporation, according to a previous report from Crain’s. The acquisition was financed by a $430 million loan Wachovia.

The building is fully leased. One of the newest arrivals to the building is co-working firm Citco Gateway, which signed a 20,000 s/f lease in July of last year. Other tenants in the building include AT&T and Valley National Bank.