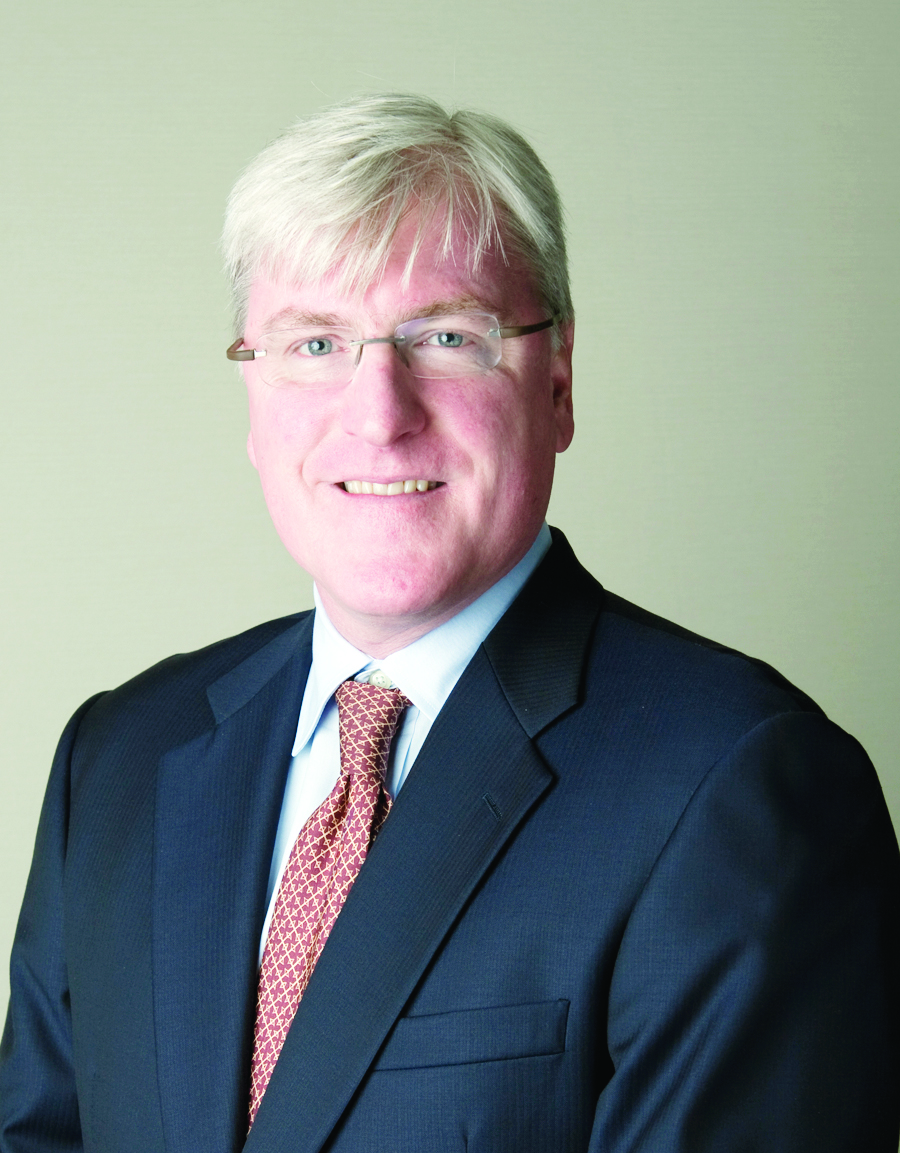 Jim Frederick grew up playing lacrosse, and the skills he learned on the field still serve him well today.

“Real estate is definitely a contact sport,” the Cassidy Turley executive vice president said. “It’s fast, strategic, you have to think very quickly, there are no time-outs, and the better you are at it, the harder you get hit.”

But even if it can be a little rough, the 30-year veteran still loves his work.

“It’s different every day. Every deal is different, there’s always a different set of prerequisites: what does the client need, and how do you solve that need?” he said.
But it’s also a business that rewards the hardworking and meticulous.

“You’ve got to sweat the details,” he said. “The biggest mistake I see people making is not knowing what the details are. It’s not just the economics of the deal — everything is important.”

It was a combination of attention to technicalities and creativity that allowed Frederick to execute one of his favorite deals. When Global One, a joint venture between Sprint, Deutsche Telekom and France Telecom collapsed amid the over supply of high-tech telecommunications infrastructure of the early 90s, Frederick was able to get the company out of a lease for 40,000 s/f of space in a Rudin-owned telecom hotel in lower Manhattan.

Deutsche Telekom had 30,000 s/f of office space in the city that it didn’t need, but it was one of the few users looking for switch space in the city, Frederick recalled.
“We engineered a trade. We assumed that lease, they assumed our lease, the landlords released both parties,” he said.
“It wasn’t strictly a real estate deal, it was pretty creative,” he said. “It was all kind of put together because there was such great credit on each side.”
In spite of the relatively small square footage, he said, looking back he regrets not submitting that transaction for REBNY’s Deal of the Year.
“You had two different rent structures, two different terms, two different work letters. Just getting to the point where everyone was happy that they were getting a bargain was a pretty complicated undertaking,” he said.
These days, Frederick is working on leasing the five lower floors of 527 Madison Ave and the top two floors of 277 Park Avenue, where Cassidy Turley also has its offices. He’s also coming off last year’s successful repositioning of 405 Park Avenue.
Frederick doesn’t play Lacrosse any more, but he enjoys kayaking and biking near his home in Darian, Conn. and taking skiing trips to Vermont with his sons.
“I read, I try to stay fit, I spend as much time as I can with my kids,” he said. “Keeping a balance in your life, it’s not easy.”
Frederick has seen the market through good times and bad. The best advice he ever received? “Stick with it,” he said. When he started at Jones Lang Wootton in 1983, the market was booming, but as the junior member of a busy leasing team, his compensation wasn’t exactly the stuff of glamorous Manhattan living.
“I started out with a small draw, and rather than paying back your draw you had to triple it,” Frederick said. “Those are tough terms.”
Six months into his career, he was walking to work to save the 60 cent subway fare, and he seriously considered leaving real estate to take a job offer in investment banking.
“I was having fun, I liked the career, I liked the people, but at that point I had school bills,” he said. “I was convinced by one of my roommates, who said ‘don’t do it. Six months isn’t that long to consider paying your dues, and you’re going to be doing it for a while longer now, but you can see the light at the end of the tunnel.”
A year and a half later, he got his second best piece of advice, when Stephen Riker — who Frederick still works with today at Cassidy Turley — lured him away to join Riker’s firm. That piece of advice: “You don’t want to be on a draw; you want to be on commission.”

REBNY asking for submissions for deal of the year awards