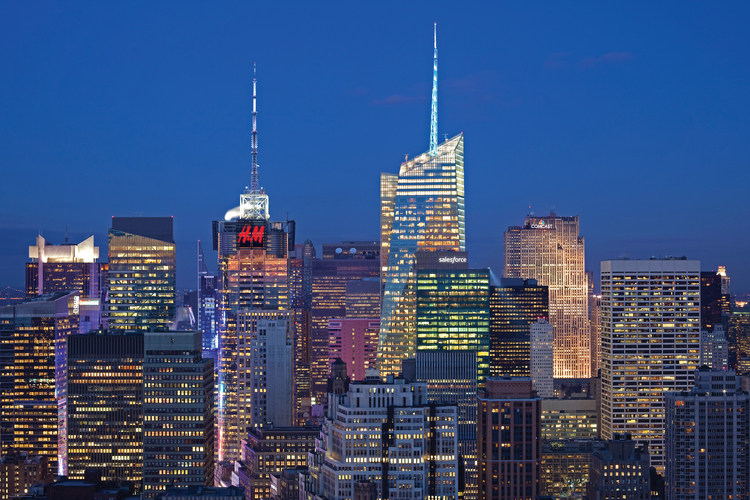 The Durst Organization today announced that Venable LLP has signed a 15-year lease for 157,808 s/f on the 48th through 52nd floors at One Five One West 42nd Street.

The law firm’s new tower offices also include a 3,000 s/f wraparound terrace on the 49th floor. Venable is consolidating its New York offices from 1270 and 1290 Avenue of the Americas into 151 West 42nd Street.

“We are pleased to welcome Venable to One Five One,” said Jonathan (Jody) Durst, president of The Durst Organization. “Adding Venable, a Global 100 law firm, to One Five One’s tenant roster exhibits the stature of companies attracted to the building and the neighborhood and is demonstrative of the underlying strength of the Midtown market.”

Venable LLP is an American Lawyer Global 100 law firm headquartered in Washington, DC that serves as primary counsel to a worldwide clientele of large and mid-sized organizations, nonprofits, high-net-worth entrepreneurs, and other individuals.

Building on its pedigree as the first green skyscraper in the country, One Five One West 42nd Street achieved LEED Gold certification under LEED v4 Existing Buildings: Operations + Maintenance. This accomplishment is a result of a $150 million-plus capital improvement program, which included new entrances, a lobby renovation, new destination dispatch controls and elevator cabs, enhanced building automation and temperature control systems, and demand-controlled ventilation through sensors installed in each air handling unit.

One Five One is home to Durst’s amenity brand, Well&, on the fourth floor of the building. The 45,600 s/f amenity includes conference and meeting rooms and an artisanal food hall located in the reimagined Frank Gehry cafeteria and curated by Michelin Star Chef Charlie Palmer.