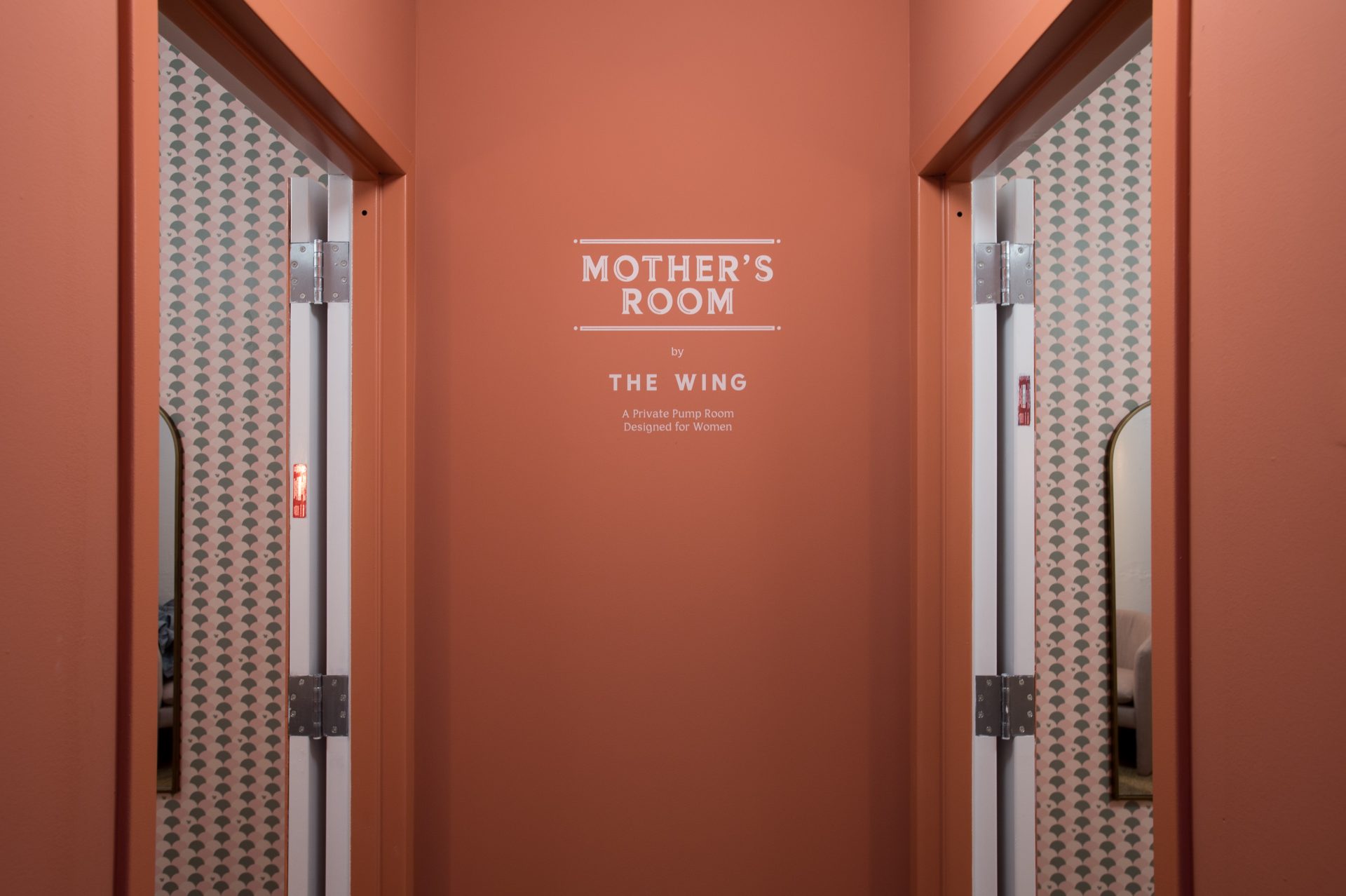 Two Trees Management announced a partnership with The Wing, a network of work and community spaces designed for women, to open mother’s rooms designed by The Wing’s design team for nursing tenants working in Two Trees’ Dumbo office buildings.

The partnership marks the first time The Wing is bringing its woman-centric design aesthetic outside of the walls of its club spaces.

“The Wing’s Dumbo location at 1 Main has been a valued addition to the neighborhood and we are proud to build on our partnership with Audrey and Lauren to deliver Wing-approved mother’s rooms to our own building tenants,” said Jed Walentas, principal of Two Trees Management.

“The Wing believes the most powerful way to advance women is to level the playing field. That’s why it’s so promising to see forward-thinking firms like Two Trees prioritize fully-equipped, private spaces for working moms who are nursing,” said The Wing Co-Founder Lauren Kassan.

“In opening these off-site mother’s rooms, we are bringing our mother-first approach beyond the walls of our own spaces and providing relaxing and comfortable spaces for any working mom – something we feel should be standard at any office space.”

The Wing was founded by Audrey Gelman and Lauren Kassan in 2016 with its flagship club in the Ladies Mile Historic District of Manhattan’s Flatiron neighborhood. Recently, The Wing opened locations in San Francisco, Washington D.C., Chicago, and Los Angeles and has over 8,000 members nationwide.

RXR Realty getting into Airbnb