Emre Arolat was only nine years old when he had an epiphany to become an architect.

After school, he was most often at his parents’ architecture firm where instead of doing homework, he’d pass the time speaking with young architects and examining their model buildings.

But one particular scale model and its design truly piqued his interest. His parents firm, Arolat Architects, was finishing up a model of a government building in Izmir, Turkey, to submit to a competition when Arolat asked about the design that included curious gaps. His father explained that the gaps in the building were for better aerodynamics as the building was situated next to the sea and could expect a lot more wind.

“In that moment, I decided to be an architect because I felt it was a very important job,” Arolat recalled. “I realized that architecture was not only about making models, but something to think about, to learn about the vicinity and everything involved.” 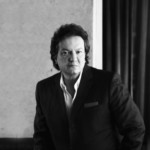 Arolat fulfilled his desire to become an architect and has spent 31 years in the industry. While he had the creative freedom working at his parents’ firm during his formative junior years, Arolat wanted to continue expanding and seek larger commissions. In 2004, he branched off from his parents and created his own company, Emre Arolat Architecture.

Arolat admitted he had the benefit of having a well-known last name in the Turkish architecture world, but added that the first few months were still rough. The handful of employees who joined him weren’t even paid for their first month, but stayed because they believed in his vision.

Finally, near the end of May, a factory owner approached Arolat with a commission for a textile factory.

“He came to the office saying he wanted to do a textile factory and I was starving for a commission,” Arolat said. “I told him that I don’t do textile factories because they are like building jails and I don’t want to be part of that as an architect.”

Arolat explained that Turkish textile factories had a reputation for having clean office and showcase space in the front, but in the back, many employees were in messy facilities with poor working conditions. In rejecting his offer, his partner Gonca Paşolar said it was the right moral decision despite needing the work.

But two days later, the factory owner called back and asked for the most environmentally-friendly and socially-conscious factory in all of Europe. And Arolat used the factory owner’s deposit to pay his colleagues their first month salaries.

Since that first project, Arolat has stayed on theme, being particularly aware of a project’s purpose and physical and social context. Most recently, his Sancaklar Mosque in Istanbul won the 2018 Royal Institute of British Architects award for its unique reimagining of a mosque.

“The first thing you have to face when you design a mosque in Turkey, or other Islamic countries, is the burden of tradition and the burden of culture,” Arolat said.

When he was approached to build a mosque, Arolat said he feared the foundation that requested the project remain traditional. But he wasn’t interested in a standard build, so Arolat studied the Quran and the surrounding landscape to figure out a contemporary but fitting design. He was able to win over the foundation and the muftis, or the legal experts that rule on religious Islamic matters.

Completed in 2013, the mosque is far from traditional with its structure that blends into the natural environment and a modest interior design that is meant to feel like you’re alone with God.

“I thought that this mosque could be a small light to think about Islam and to think about the philosophy of Islam,” Arolat said. “So, we said that kind of humility or humbleness should be the main focus of the design.”
After making significant architectural contributions to both Turkey and London, Arolat recently decided to open an office in New York City.

“If I compare London and New York, I can say that New York has more resemblances to Istanbul rather than London,” Arolat said. “Europeans are very different from our mentality, but I find a lot of similarities between a normal New York person, which is not too formal, not too bureaucratic and not too conservative.”

The office opened earlier this year and Arolat is already working on several cultural and residential projects, although he could not elaborate due to non-disclosure agreements.

Within New York City, Arolat said he’s hoping to earn his keep by contributing to the city’s rich history of architecture, while being respectful to the underlying character.

“New York’s buildings contain a lot of layers, layers of different times and physical aspects,” Arolat said. “And in my opinion, New York has a character and some buildings don’t fit with this character.”

As the Manhattan skyline is rapidly evolving, Arolat said there are some projects that fit the city and others that miss the mark. For Arolat, he deemed 432 Park Avenue, commonly referred to as the “Pencil Building,” as the “most interesting and most successful project of [Rafael Vinoly], by far.”

He was more critical of Bjarke Ingels’ new VIA 57 West building that features a tetrahedron-style design, calling it a “good try.” He explained that Ingels is producing a large quantity of projects and that it would be too difficult to be sensitive with all of them.

“I believe if you produce that much, it’s not possible to produce with sensitivity or in a higher quality,” Arolat said, adding that he did admire BIG projects such as the Tirpitz Museum in Denmark.

As a highly-contextual architect himself, Arolat said the general influx of skyscrapers and other massive structures may threaten certain neighborhoods’ vibes.

“Brooklyn is losing its aura in a very fast manner and it’s not an area which should have lots of skyscrapers and big-scale architecture,” Arolat said. “But architects should be sensitive of that and they should not consider those lands like the playgrounds of their clients.”

For Arolat, that translates as remaining as selective and contextual about projects as his early days of working on textile factories.

“Being successful is not having all the commissions,” Arolat said. “It’s doing the commission in a very sensitive way, sensitive to the context and the sustainability issues.”