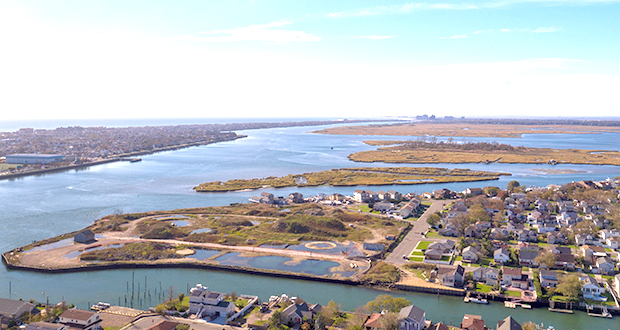 The town of Hepstead has said it will help fund the clean up of the old Island Park oil facility on Long Island to make way for an Avalon Bay apartment development.

Fred Parola, executive director of the Town of Hempstead Industrial Development Agency (IDA), announced that the agency has granted preliminary approval to an economic benefits package that will allow Avalon Bayto construct 172 rental apartments on the contaminated former oil-storage facility.

The approval will allow Avalon Bay Communities to cbuild the one through three bedroom units at a former CIBRO oil storage and distribution site in the Harbor Isle neighborhood of Island Park.

According to the IDA, Avalon said it could not afford to remediate the brownfield property at an estimated cost of $9 million and construct a complex that would not be vulnerable to Super Storm Sandy flooding without the economic benefits.

“This site has been a blight in the community for at least 17 years and these benefits, if ultimately approved by the board, will go a long way in transforming the site while providing much needed rental housing in the town and bringing significant new revenues to our taxing jurisdictions,” said Parola. The site currently generates $98,000 in annual property taxes.

Avalon Bay said zoning changes were approved in 2007 and again in 2009 but five years of litigation that ended in 2016 prevented any development.

The cleanup is expected to take six to nine months and construction another 26 months, Chris Capece, senior development director at Avalon Bay told the IDA.

About 300 construction jobs are expected to be generated by the project.

The benefits package is subject to a future public hearing, an environmental review and final board approval.
Avalon Bay reported $569.2 million in total revenue duing the last quarter. As of June 30, 2018, the company had 19 communities under construction (expected to contain in total 6,048 apartment homes and 120,000 square feet of retail space), which are expected to be built for an estimated total capital cost of $2.8 billion.
In its most recent filings, it reported it had around $349.9 million in unrestricted cash and cash in escrow.