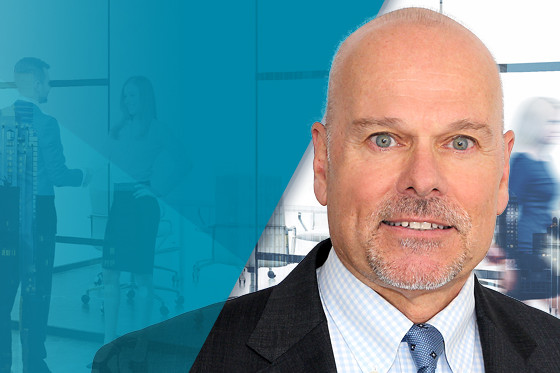 In a city full of offices and office brokers, Robert Giglio is the man the city turns to when it comes time to address its own office needs.

Giglio is an executive managing director at Cushman & Wakefield and head of the firm’s leasing team that represents the City of New York. He also represents a collection of high-profile private sector clients and is perennially among the C&W’s top brokers.

Last year was Giglio’s 30th in the real estate industry and his most successful. With 1.1 million s/f feet leased for his clients, he was company’s top producer in the country.

“It’s great,” Giglio said of being named Cushman & Wakefield’s Top Americas Producer. “It’s a little uncomfortable, but overall it’s something that I earned and I’m proud of it. That being said, I’m really not the person that gives interviews all the time, so it’s kind of a unique experience for me.”

Known as Bob to colleagues, Giglio began his career in the late 80s at Newmark Knight Frank — back when it was known as just Newmark — under the tutelage of CEO Barry Gosin, an experience that he said laid the groundwork for his fruitful career.

“I still owe a lot of my success today to what I learned at Newmark,” he said. “Barry remains a good friend to this day.”

After several years at Newmark, during which he completed his law degree at the New York Law School, Giglio took a position at Galbreath Riverbank, where he worked under and learned from Bruce Mosler. In 1997, after Galbreath merged with LaSalle Partners, Mosler left for a position at Cushman & Wakefield. Giglio followed his new mentor and they’ve been at C&W ever since.

Much has changed since his early days in the industry, Giglio said, when he didn’t have so much as a personal fax machine, let alone a computer. In those days, he recalled, he gathered information by walking through buildings, pulling hard copies of public records, studying the listings in the Sunday New York Times and making cold calls.

His version of data storage was a box of index cards with names of clients, when he called them last, what they discussed and when he’d call them next.

Today, besides the fact that the city’s biggest buildings won’t let just anyone off the street walk through them, most information is readily available in a digital form, particularly for the city’s largest real estate advisory firms.

“It’s really become a technological business,” he said. “There’s really no excuse for not knowing everything that’s going on in the market.”

This has made things at once easier and more competitive.

“You don’t have to walk through buildings anymore, you push a button and you have all this information at your fingertips, but everyone else has it, too,” Giglio said. “That’s why it’s still important to align yourself with a senior broker who knows how to sort out all this information, someone to point you in the right direction, to go to these important meetings with clients. You will be years behind if you don’t do that.”

Of course, the way the business functions is not the only difference between today’s real estate market and the one of three decades ago. Tenant demands have also changed but so, too, have the abilities of real estate firms to address those demands.

Giglio said one of the biggest adjustments he had to make when he arrived at Cushman & Wakefield was getting used to the firm’s myriad services and teams that have become crucial to his success as a broker.
“When you get to a company as large as Cushman & Wakefield, you need to take the time to understand all the resources they have, so when you go out into the market, you aren’t trying to be a one-off broker trying to address all of a client’s needs by yourself,” he said. “Eventually, you realize you’re a part of a bigger operation.”

Giglio, who is part of the New York State and Connecticut Bar Associations, as well as the Real Estate Board of New York, said having his law degree has given him the advantage of being able to better understand leases, something many brokers struggle with.

“Robert’s background as an attorney is evident in his strong negotiating, organizational and management skills,” Santora said. “His comprehensive legal understanding of all aspects of leasing and sales, along with his unparalleled dedication and perseverance in each transaction, make him an inspiration to the entire Cushman & Wakefield team to always aim to deliver innovative solutions and drive meaningful results to our clients.”

After locking up the company’s top producer recognition in 2017, Giglio said he now has a higher bar to meet, but he’s ready for the challenge.

“Our industry is filled with triple-A personalities and you almost need one to advance in this industry because, by nature ,it means you’re never content, never happy with what you have and every year you want to be better,” he said.

“Now, when you’re at this level and you want to stay there, it’s the hardest place to be in real estate. My personal bar is very high now.

“I’m not naïve,” he added. “I don’t expect to be Top Producer in the Americas every year, but I can’t rest on my laurels. It adds a lot of pressure, but it’s good pressure.”