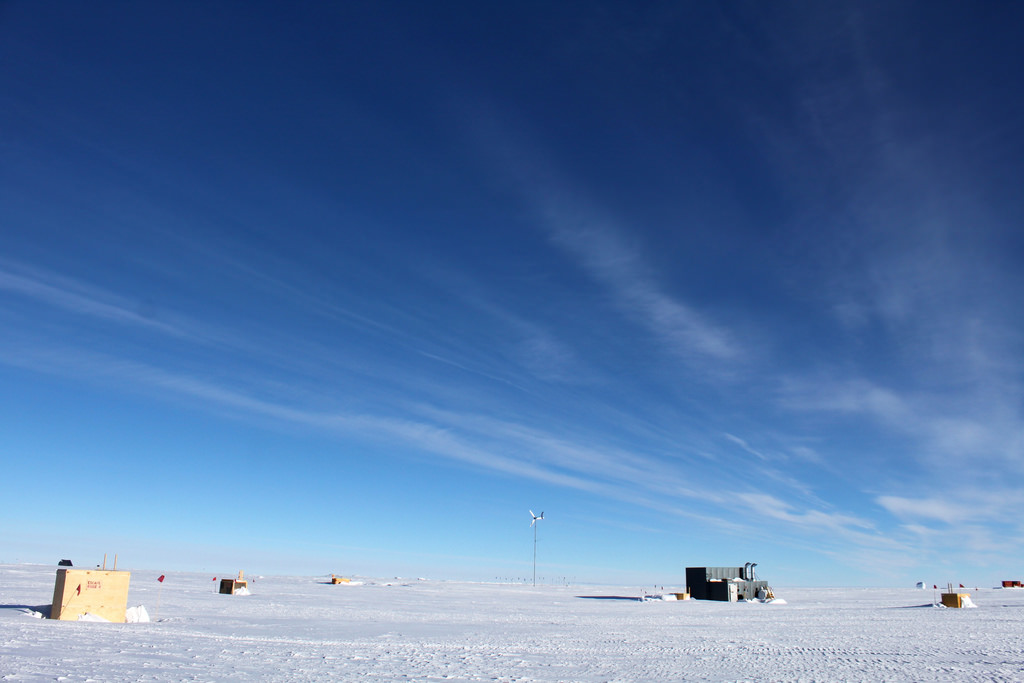 Tom Maxwell, from the South Pole to Second Avenue Subway

From a very early age, Tom Maxwell had a penchant for mechanical drawing. His ability to easily recognize and visualize the complicated design drawings formed a strong foundation for his career in construction.

With a natural talent for construction work, Maxwell studied construction in college and graduated top of the class. But in 1969, he was drafted for the Vietnam War and was advised by veterans to join the United States Naval Construction Battalion, a division of skilled tradesmen who were also trained as soldiers.

As a Seabee, Maxwell traveled for several construction projects, but his most memorable was his work on the Geodesic Dome at Amunsen-Scott South Pole Station. The dome was a unique solution to creating a home base on the South Pole, as its design could handle the weight of snow and deflect the harsh winds. The dome was completed in the 70s and was replaced in 2010 as it couldn’t accommodate for the growing research demands.

Maxwell said it was a “monumental project” early in his career and something he offers miniature displays of.

“I’m very proud of it, it’s the highlight of my military career,” Maxwell said. “I was very fortunate that I got into a very good outfit and everything worked out very well.”

Skanska. He’s been with Skanska since the beginning of construction career, making it nearly 50 years with the Swedish company.

Nowadays, his weeks still involve a lot of travel, though much of it local. He often visits Skanska’s worksites for its major projects where he’s usually checking on the workers, making sure they’re on track, and looking over safety and construction methods. On most of the sites he visits, he sees familiar faces with the superintendents and supervisors and said it helps that he’s worked with many of them in the past.

“I realized that I just go there and may see a problem and then I leave, but they have to live with it every day,” Maxwell said. “So instead of telling them to change this, change that, I recommend things and I relate back to a situation I had and how I handled it.”

In this way, Maxwell said, he’s not an authoritative superior, barking orders. Instead, he’s offering insights and experience to his colleagues so they can come to their own conclusions and find a solution. He added his style of leadership is more focused on challenging his team members to think critically.

“We thrive on taking the team members and really questioning them like how about this, how about that,” Maxwell said. “There’s not just one idea, there’s five ideas and then we shake it up and throw out the dice.”

And those decisions carry a lot of weight with them as Skanska is behind some of the most important transportation infrastructure projects in the city right now. Currently, the construction company is tasked with redeveloping the downtrodden LaGuardia Airport’s Terminal B and the renovation of the Moynihan
Train Hall, a more than $1 billion project that will become the new Penn Station.

While both are redevelopments of major terminals that help New Yorkers get around the city and beyond, Maxwell said the projects have their own intricacies.

“We’re building a terminal and you’re dealing with an active airport,” Maxwell said of their LaGuardia work. “That’s always challenging because we’re coming in with construction in a functioning site and you have to deal with the public and they come first.”

Maxwell explained the work at LaGuardia contrasts other airports because it’s in a much smaller footprint than JFK or Newark airports. But in comparison, he said Skanska’s work with Moynihan station could be called simpler. While there are also many moving parts in creating a new Penn Station, Maxwell said he looks at the project like a renovation of an old structure.

Maxwell said there’s a lot of demolition, renovation, and working with both Amtrak and LIRR, but that they’re basically taking an old structure and renovating it.
But the construction veteran is not coming into these major infrastructure projects without his share of experience.

Previously, Maxwell supervised the Second Avenue Subway project, the long-delayed transit project that was meant to provide a completely new line to the East Side of Manhattan. The first phase, which extended the Q line through a new tunnel to 96th Street Station, completed in January 2017, after first being proposed in 1919.

“Like everything in this business, you see it once or twice, you pick it up and you look for the problems and try to avoid them in the future,” Maxwell said.

Looking forward, he said that completing the Second Avenue Subway entirely so that it stretches from 125th Street to Hanover Square was one of the most important infrastructure projects, alongside the redesigns of the tri-state area’s major airports including Skanska’s work on LaGuardia.

“I was amazed at the number of people getting off at 86th Street,” Maxwell said of the Second Avenue Subway. “It’s booming and I can’t wait to see the other sections completed because it’s a monumental project that’s been going on for years.”