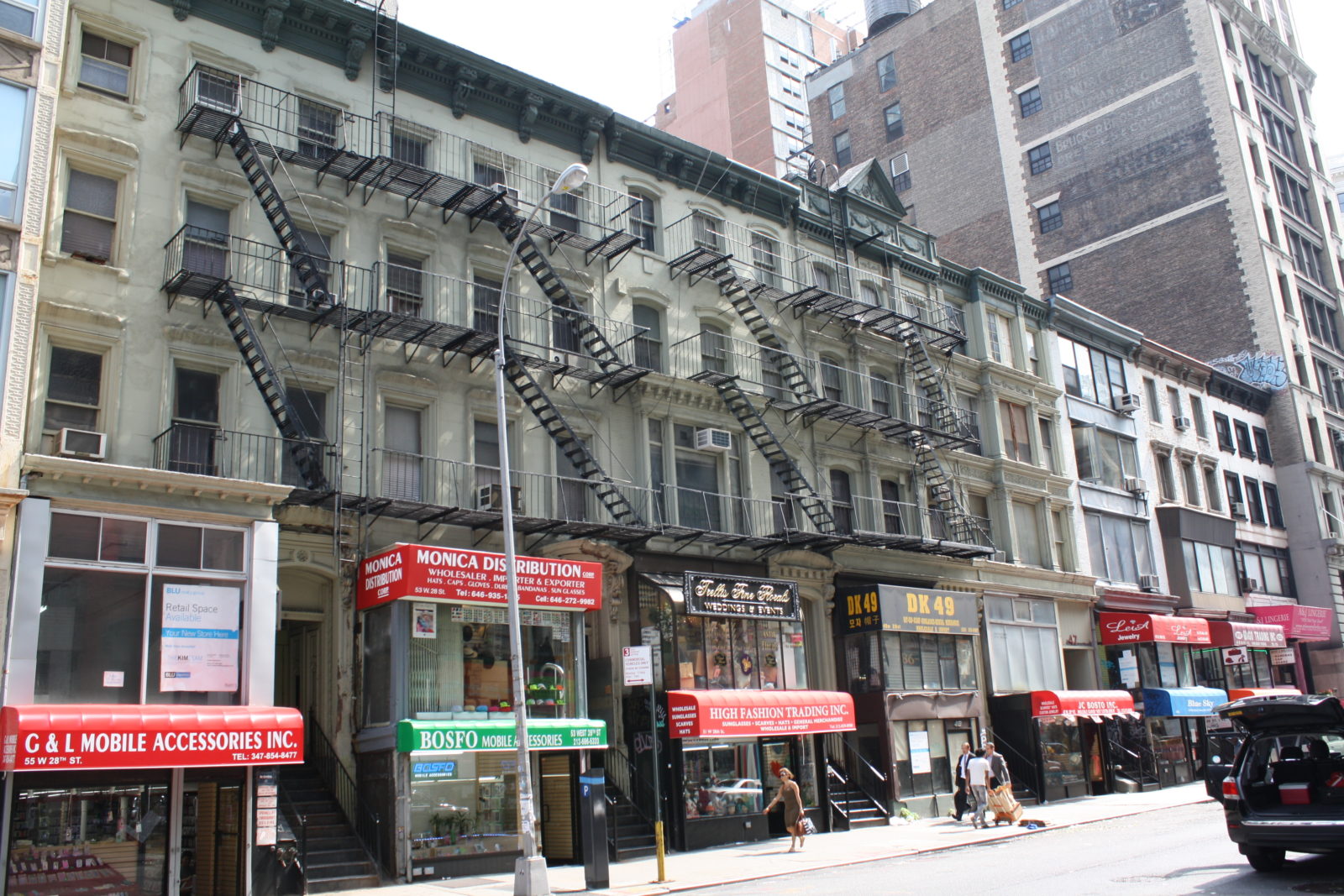 Tin Pan Alley, the Manhattan street where iconic songs like Take Me Out to the Ball Game and God Bless America were first published, has been given historic status.

The Cityʼs Landmarks Preservation Commission (LPC) has designated five buildings — 47, 49, 51, 53 and 55 West 28th Street, pictured top — that form part of the block that once served as home to the most significant concentration of sheet music publishers in New York City.

“Tin Pan Alley was the birthplace of American popular music, was defined by achievements of songwriters and publishers of color, and paved the way for what would become the Great American Songbook. Together, these five buildings represent one of the most important and diverse contributions to popular culture.”

The block earned its name from the racket of piano music that made 28th Street sound “like a tin pan alley.”

Between 1893 and 1910, the stretch of West 28th Street between Sixth Avenue and Broadway was a music publishing hub that brought ragtime to an international public, and where Jewish and African-American artists and publishers were able to create new a opportunities for themselves in mainstream American music.

City Council Speaker Corey Johnson said, “Like much of American history, the story of Tin Pan Alley is complex and controversial, but preventing its demolition will give future generations the opportunity to learn from it. Saving Tin Pan Alley is preserving an important part of our City’s history.”

The news could come as a blow to real estate investor Yair Levy, the owner of the block whose then-attorney, Ken Fisher of Cozen O’Connor, fought to scrap the landmark campaign by claiming the strip was a breeding ground for racially offensive songs.

Levy — who was banned for life from selling condos and co-ops in New York by the New York Attorney General in 2011 — reportedly wanted to construct a high rise on the site, which is currently occupied by rent regulated apartments and mom and pop shops.