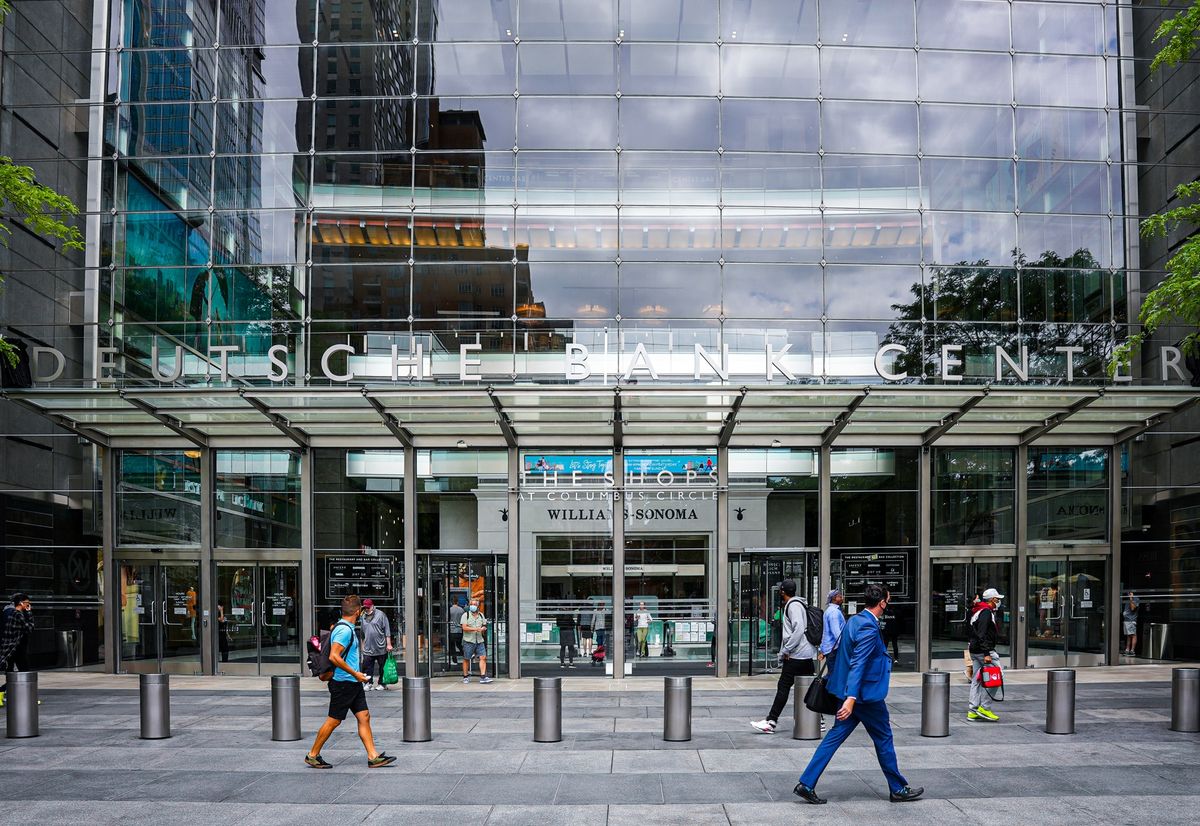 One Columbus Circle was formally renamed Deutsche Bank Center on Monday as the bank prepares to move its North American Headquarters into the building later this year.

Senior leadership from Deutsche Bank Americas and Related Companies unveiled the new marquee. The new headquarters will be home to nearly 5,000 Deutsche Bank employees occupying over one million square feet of office space in building when it begins its official opening in July.

The bank, which is relocating from Wall Street, signed a 25-year lease for one million square feet of office space in the building in 2018. It will occupying all but one floor of the property.

“One Columbus Circle transformed an entire neighborhood when it opened nearly 20 years ago. Today, the building continues that legacy as it becomes Deutsche Bank Center and another positive catalyst in the continued economic recovery of New York City,” said Jeff T. Blau, CEO of Related Companies, which originally developed the tower.

“The reopening of Deutsche Bank’s North American headquarters and other leading global offices is instrumental in supporting small businesses, restaurants, retailers, tourism and lifting our entire local economy. We look forward to welcoming them to the neighborhood later this year.”

Opened by related Companies in 2004, the building was designed by David Childs of Skidmore, Owings & Merrill.

The commercial tower remains one of the most connected mixed-use buildings in New York City with access to public transit, The Shops and Restaurants at Columbus Circle, Whole Foods Market, an Equinox and “E” Fitness Club, Jazz at Lincoln Center and the Mandarin Oriental Hotel, New York.