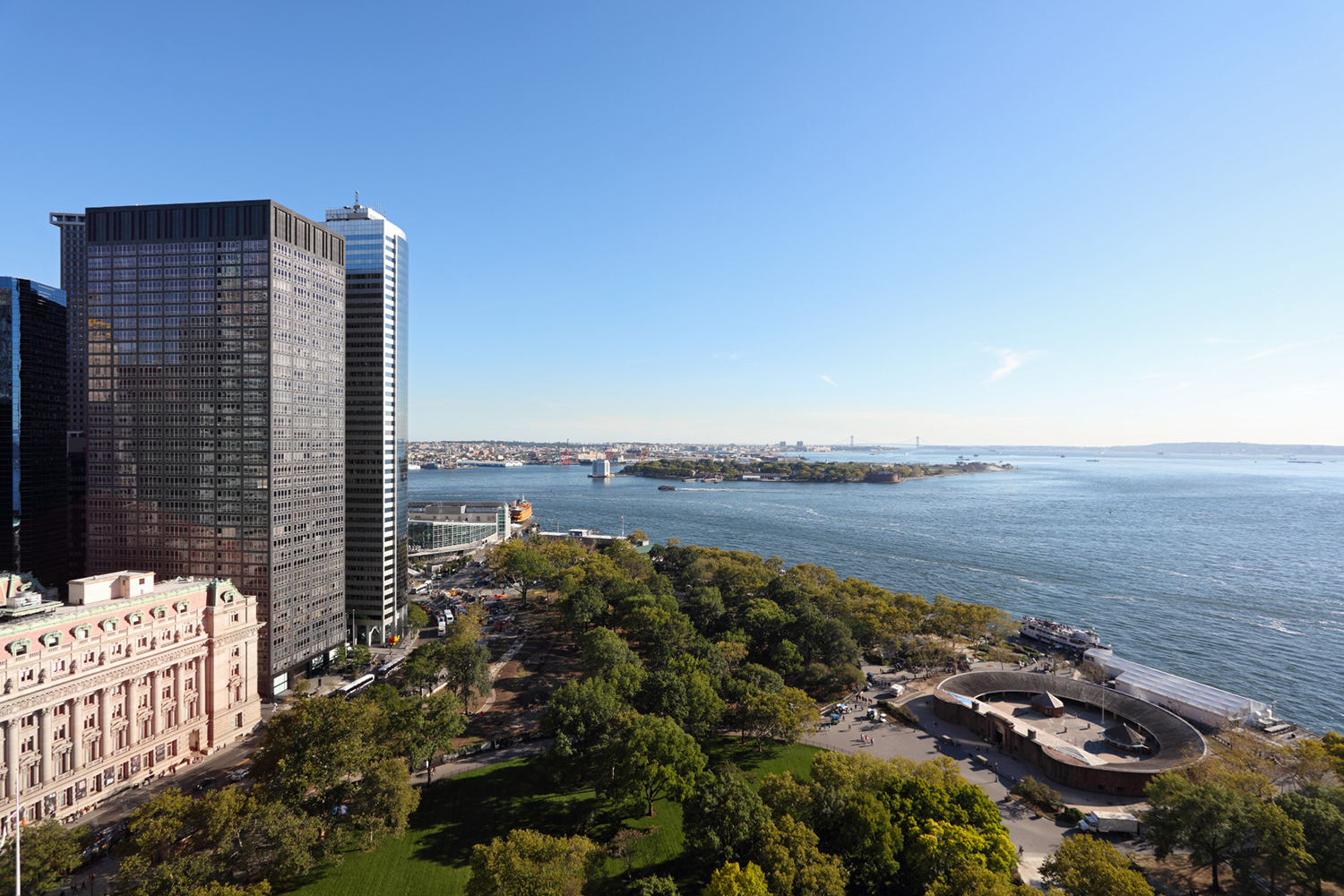 The Rudin Family, together with their partner, Allianz Real Estate, announced today that it has signed four leases totaling 93,676 square feet at One Battery Park Plaza, a 35-story, 870,000 square-foot office tower in Lower Manhattan.

In the largest of the transactions, Nationwide Mutual Insurance Company will occupy a total of 38,187 square feet at the building through a 9,880-square-foot direct lease with Rudin for a portion of the 29th floor and a 28,307-square-foot sublease with Liberty Mutual insurance company spanning the entire 30th floor. Nationwide’s sublease will convert into a direct lease with Rudin at the time of its expiration in November 2025, and run concurrently with its 7.5-year lease on the floor below. Relocating from 7 World Trade Center, Nationwide was represented by Paul Myers and Michael Rizzo at CBRE. The sublandlord, Liberty Mutual, was represented by Cresa’s Mike Mckenna.

Rudin has also completed an expansion and extension with the International Refugee Assistance Project (IRAP) for 19,407 square feet on part of the 33rd floor – more than doubling the organization’s footprint at the tower. IRAP has been a tenant since 2019 and is relocating from its current 7,408 square-foot office on the fourth floor. Stephan Steiner of Savills represented IRAP in the 10-year leasing transaction.

“We are thrilled to welcome Cullen and Dykmanand Nationwide Insurance and to continue our relationship with the International Refugee Assistance Project and Abrams Gorelick, Friedman & Jacobson at One Battery,” said Michael Rudin, Executive Vice President of Rudin Management Company, the operating arm of the Rudin family’s holdings. “These four transactions showcase the building’s appeal as a premier office property and are indicative of the positive leasing momentum we’re seeing Downtown. As we emerge from the pandemic, companies are planning for their long-term growth in New York City, and are confident in the vitality of its unparalleled business community.”

Originally constructed by the Rudins in 1971 and owned in a joint venture partnership with Allianz since 2016, One Battery Park Plaza features original architecture by Emery Roth & Sons and a renovated Italian marble lobby by Specter DeSouza Architects. Floor plates in the building range from 27,000 to 29,000 square feet and offer sweeping views of New York Harbor, the Statue of Liberty, Ellis Island, Governors Island, and Battery Park.