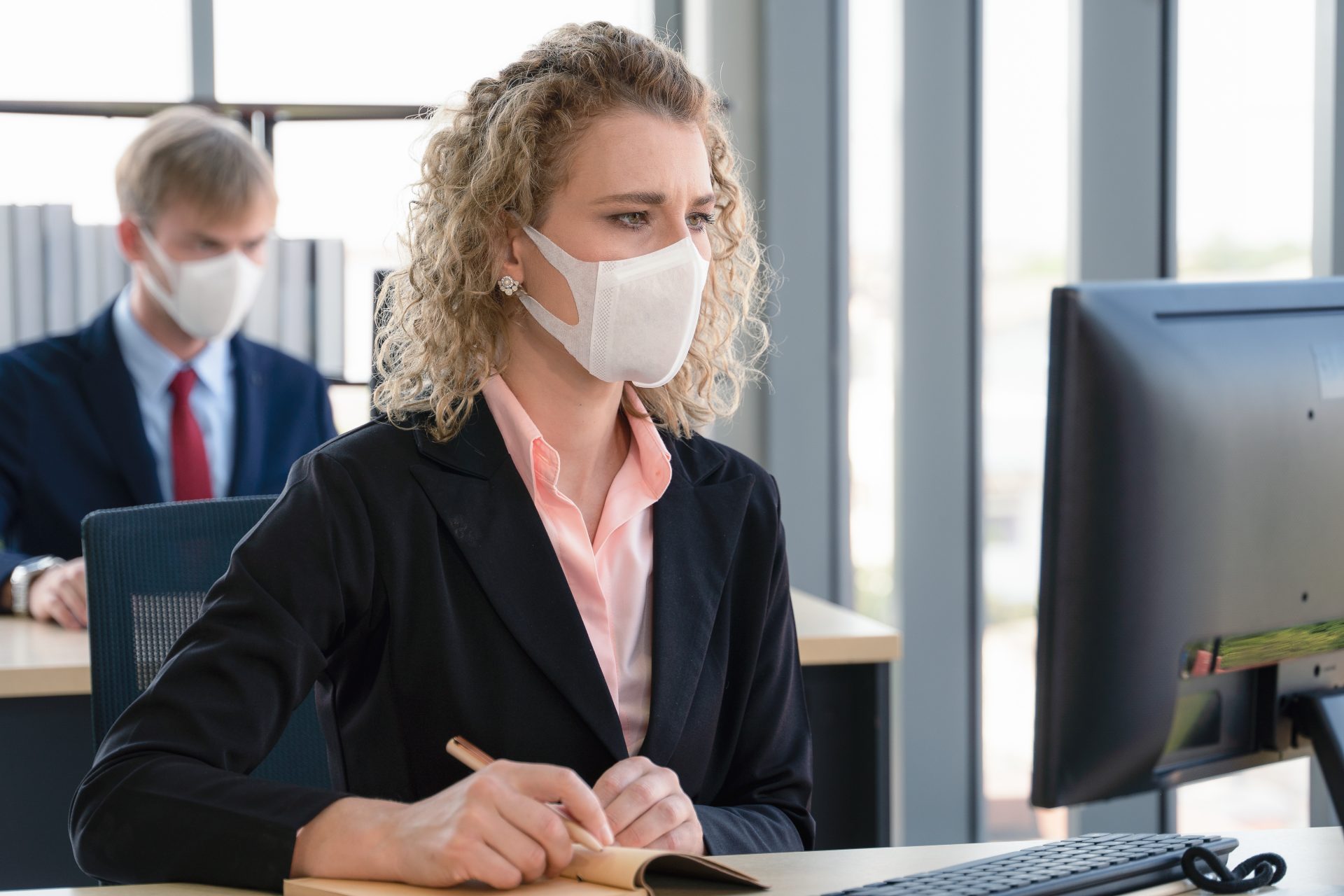 With Coronavirus panic having hit a fever pitch as some schools announce temporary closures and the president declaring a travel ban on Europe, the residential real estate industry has been having to adapt to newly changed societal behavioral patterns.

Many companies had already been advising employees to work remotely, but for agents who rely on one-on-one interaction and property walk-throughs, finding alternative ways to do business has been a challenge. Some real estate professionals have been carrying on as normally as possible while others have been relying more on technology to market homes instead of holding open houses. Others have simply cleared out their schedules — or watched as they were cleared for them by clients.

Read on to learn how a few residential brokers who spoke with Brokers Weekly have been adjusting to the recent shifts in buyer and seller behavior.

Michael Rossi, CEO of Elegran, said for many agents, their marching orders on whether or not to hold open houses or keep appointments have been coming from clients. If they do decide to hold open houses, the focus then becomes “making sure the home is respected,” which includes having Purell onsite, and encouraging healthy and hygienic behavior as mandated by the CDC for agents and salespeople. And so far, though there are fewer appointments being kept and fewer open houses, the extra effort with the ones going on seems to be paying off.

But some would-be sellers wary of open houses are also going as far as holding off putting their homes on the market at all because they don’t want strangers in their home. This has led to a lower amount of inventory than what would normally be seen in the springtime, which makes the market look healthy. Rossi, however, believes this is just a “false positive” as inventory could shoot right back up once the coronavirus becomes more contained.

Additionally, Some delays in closings have still occurred due to involved parties being unable or unwilling to travel. On the flipside, some savvy buyers have swooped in on opportunities to buy while interest rates are still low and — despite the recent falling numbers on Wall Street — a still-healthy economy.

“For every person that cancels (an open house), there’s a new type of buyer that’s energized,” said Rossi. “New York City is such a dynamic market. This past week was one of the better weeks in the year so far.”

It may also be that the mild weather has been a factor, motivating otherwise fearful people outside of their homes.

“If it was 20 degrees and raining and the market was down and there was the coronavirus, it would be a trifecta, but it least we have longer days and sunnier weather,” said Rossi.

Meanwhile, as Elegran staffers are being encouraged to work from home when possible, Rossi has been encouraging his team to use this time to reconnect with clients.

He compared the virus outbreak to the period after 9/11, since that too was a time of uncertainty and fear.

“In times of panic, New Yorkers come together,” said Rossi. “People have more time on their calendars. During a time of fear, it’s a time to say, ‘We lost touch. How are you doing?’ It’s about building a relationship. You can reach out and say, ‘Are you still in the market? The property you wanted was sold months ago, but I have a couple of things still on the market. Do you mind if I follow up?’”

This doesn’t have to be in person, and Rossi noted a definite uptick in video-conferencing between his agents and consumers “to walk people through opportunities.”

If clients are opposed to open houses or tours, agents could focus on other forms of marketing and advertising, but Rossi urges caution there.

“When we spend marketing dollars, it’s to generate foot traffic. But traffic has pulled back and it’s harder to get people out on appointments. We are encouraging leaning in not by the spending of marketing dollars but spending time interacting, picking up the phone. It’s time for a reset.”

David Kong, a broker at Keller Williams, said for him it had pretty much been business as normal until a couple of weeks ago, when he’d had a client decide to cancel an open house because her children had existing health issues. It was only one week later, when the number of cases in New York went from several to over 100, the subways emptied out and so did supermarket shelves.

By then, Kong was planning Facebook Live videos instead of open houses for some sellers while for others who opted to keep their open houses, doing a lot more in prep work.

One thing he now does is screen people who want to see a property to make sure they haven’t recently traveled to hard-hit areas.

“I have to ask a lot more questions I would normally ask,” he said.

He’s also had to shorten showings and only hold one a day instead of getting a few done in one shot. This is in order to give the seller time to clean the home before and after.

He’s also begun investing in Matterport photography that provides 360-degree views of rooms when only a virtual tour is possible. “It’s not just a photo; it’s literally like you’re walking around the room.”

At one time — since agents have to pay for this type of marketing themselves unless given some kind of budget — he would have only spent the money for homes that cost over $2 million. This is because in the cases of higher end homes, sellers are sometimes wary of public walk-throughs. But Kong’s begun offering the service when representing lower-priced listings as well, and thinks other agents should too.

Kong, who works in the city as well as Long Island and Nassau County, said the difference he’s seen in the different markets is that outside the city, the general public has been bracing for the virus’ spread for longer with residents who started stocking up on groceries and household supplies months ago. He’s also seen this in Queens where there’s a larger Asian population.

Like Rossi, Kong’s also found that some buyers have been able to sniff out bargains amidst the chaos, including Wall Street’s woes.

“They’re thinking maybe it’s a good time to diversify and look to real estate, which is at a low price, not because of coronavirus, but because of (market conditions) in the last couple of years, coupled with cheap money. They’re seeing this is a good opportunity.”

Maria Belen Avellaneda, a broker at Compass, said the main change she’s been seeing in business lately isn’t fewer open houses, but the avoidance of physical contact while doing them.

This isn’t a virus reaction, though; she’d always insisted on appointments.

“One reason is to make sure people can walk with fluency and I can properly talk about the property features, another is for safety reasons,” she explained. “We handle many apartments that are owner/tenant occupied and we need to make sure nothing is missing after the open house.”

Belen Avellaneda, whose listings are on the higher end, has also always invested in marketing that includes professional videos and photos as well as drone footage and 3D tours. “I think many agents who didn’t use them may have to invest in this,” she said.

She added that during this time, it’s important to be understanding that not everyone can work from home.

“Most people live on a paycheck. They cannot afford to stop using public transportation or their jobs cannot be performed from home. In our industry working from home is impossible. We may all face an economic hit but some people are more vulnerable than others.”

For Broker Arlene Reed of Warburg Realty, until there’s more information from the scientific community about coronavirus, open houses are officially on hold.

“Lower mortgage rates will be enticing to many but again, I think people right now will be afraid to go out looking,” she said. “I would expect that the number of people going to open houses will decrease as well as the number of open houses. I for one will not be planning any new open houses until I see how things are going. Up until now, my customers have been active in the market but I suspect that very shortly this will change. I have not really discussed the coronavirus with them unless they specifically ask. I would recommend they stay safe using common sense precautions and be sensible in their actions until more is known and until we have a better way of controlling the spread of the virus and a vaccine.”

Reed added, “What will happen in time is that there will be a greater understanding of the disease based on scientific analysis and data. Predictions will be scientifically based instead of whimsical. This issue should not be politicized and people should try to avoid, to a degree that is humanly possible, overreacting or under-reacting.”

What to do when a resident in your building gets sick

Check which real estate events have been cancelled