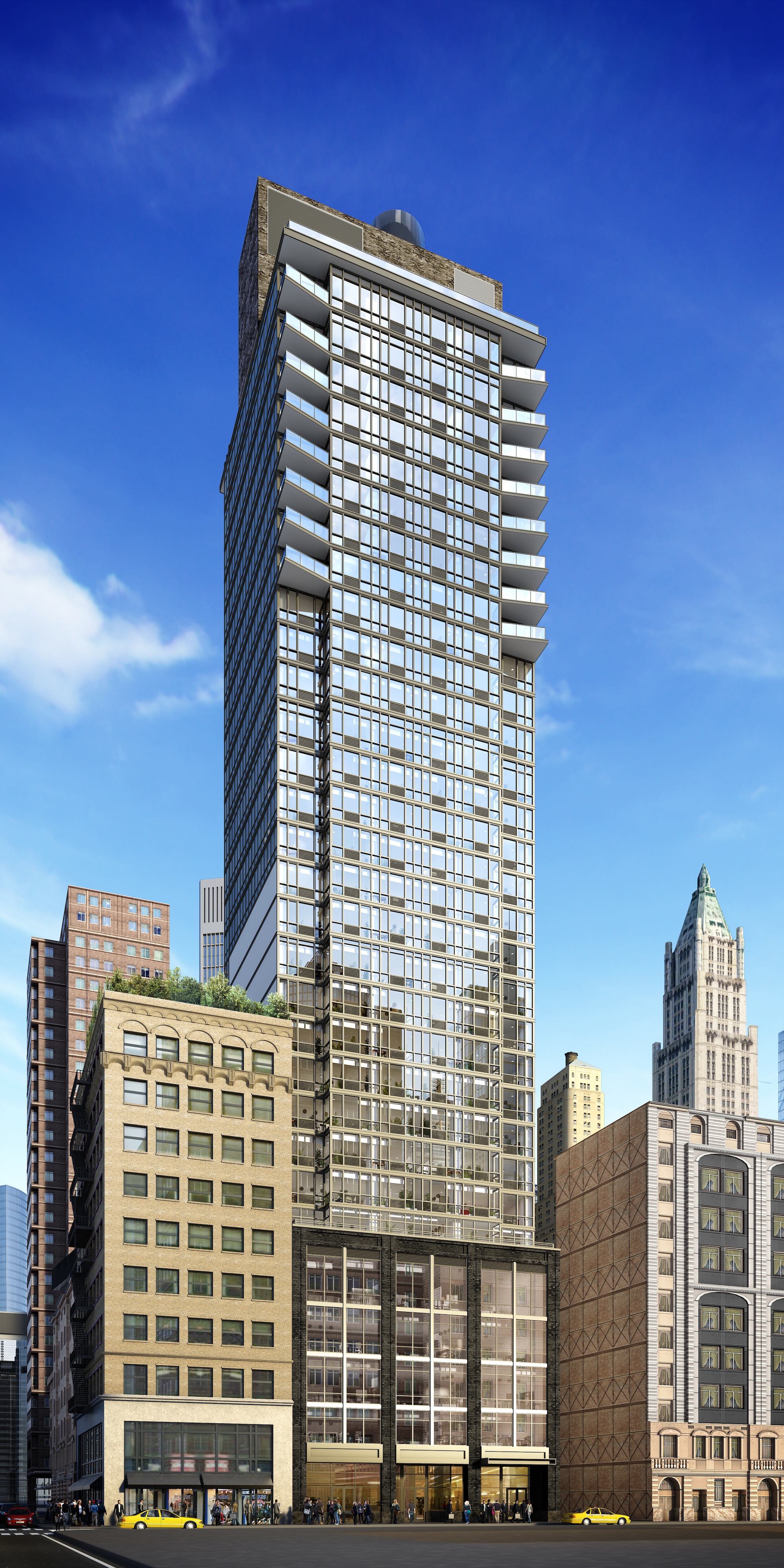 The Lara at your service

In a city where every new development seems to have its gym and bicycle racks, amenities are no longer that big of a deal.

Unless, of course, you decide to go completely over board and turn that tower into the Batcave.

This author didn’t know that Seltzer faucets, outdoor TVs or interactive boxing machines existed, but sure enough, The Lara has them.

The 30-story rental building on Nassau Street also features a waterfall, outdoor pool tables, a ballet bar, observation binoculars, gas-fired grills, ping pong tables, an Italian coffee machine and a videogame room. Not to mention “white nano-glass floors” and “zebrawood walls” in the lobby (they look as great as they sound).

The developers evidently tried to make up for the lack of park view or a fancy address by filling The Lara with lots of shiny toys — and it works.

Its interior has undeniable charm, and renting has been going well. According to Adam Disick of Triumph Property Group, who markets the building, about 50 percent of units have been rented.

Construction at the SLCE Architects-designed tower is still going on, but by mid-March all apartments should be ready for move-in.

The building’s crown jewel is the Nassau Club @ The Lara on the fifth floor. For a fee of $300 a year, tenants can become members and enjoy a lounge with double-height ceilings, a catering kitchen, and a terrace with said waterfall (technically a water sculpture) and outdoor TV.

Disick is legally prohibited from saying The Lara has a specific target group, but it is clearly geared for young professionals.

Exhibit A: The impressive video-game room on the 6th floor sports all major consoles. This should make avid tween gamers drool — not so much your average retiree. Exhibit B: It only offers one-bedroom, two-bedroom and studio apartments.

The apartments themselves, ranging from $2,450 per month for studios to $5,900 for two-bedrooms, are a continuation of The Lara’s playful materialism. They boast cast-iron bath tubs, enameled radiators and Bertazzoni stoves. Even the doorknobs look decidedly expensive. Disick explained this with the developers’ preference to spend money on good quality.

Large windows look out on the nearby Woolworth Building, and 32 of The Lara’s 168 apartments have a small balcony. But nothing tops the 360-degree views over Manhattan and Brooklyn from the building’s rooftop terrace, which has a wet bar.

For all its chic, The Lara is also a practical building — not just because of abundant closet space in the apartments.

Two gas turbines in the basement can generate electricity in the event of a blackout, keeping some lights and an elevator running.

With the devastating blackout during hurricane Sandy in mind, this should give tenants some peace of mind.

The tower was developed by the Friedman family, which owns nearly 40 buildings in Manhattan, including several townhouses on the Upper East Side and an Upper West Side rental building.

Teri Friedman explained that the family company wanted to build a condo tower when it bought the site in 2006, but later decided that rentals would be the better choice. “The neighborhood just keeps getting better,” she said.