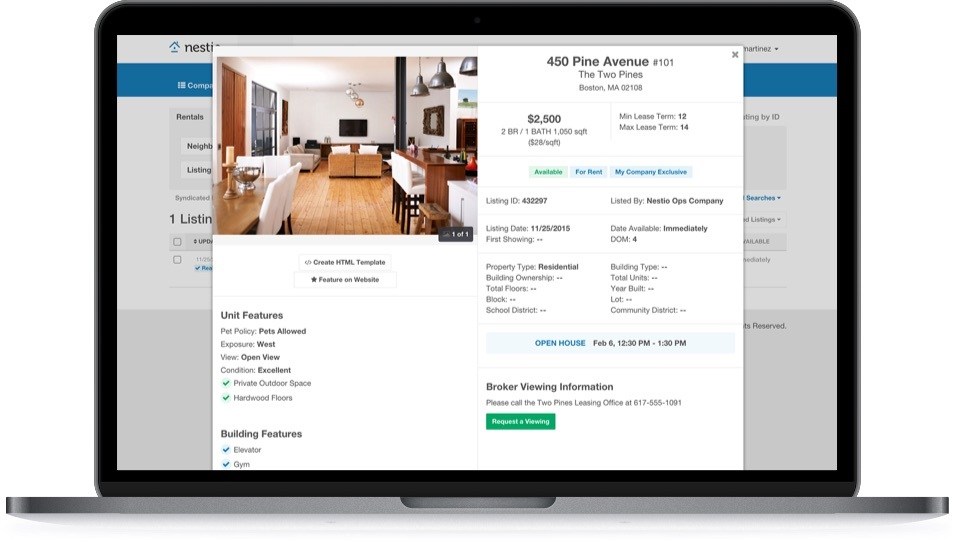 A cloud-based surveillance platform designed by A.I. proptech firm OWAL for Hudsonview Terrace, 745 Tenth Avenue at 51st Street, has reduced security issues at the building by more than 75 percent since its launch in December 2017, according to building owner Empire State Management.
The 38-story, circa 1970s multifamily was formerly in the Mitchell-Lama program. Recently renovated, it features 396 rental units and is currently fully occupied.

“When I arrived at the property in 2007, it was one-third vacant and we were dealing with many challenges, not the least of which were illegal sublets,” says Flora Buckley, Managing Agent, Empire State Management.
“OWAL’s turnkey solution streamlined the operation of our building. It enabled us to raise quality of life standards for residents, while increasing the value of our building and our occupancy rates.”
The A.I. security program combines custom software able to detect unusual behaviors as seen from high-resolution cameras installed in stairwells, hallways, laundry room, gym, parking areas, elevators and outside the building.
The platform records all incidents and tags video clips by the type of alert, time and location.
Since implementation, it has identified such quality of life incidents as serial common area smokers and residents letting pets eliminate in hallways; enabling management to address and stop the building compliance breaches.
It has also flagged more serious issues at the building, including a drug deal and overdose in a stairwell.
Each time an anomalous act is repeated, management is alerted on a range of devices, such as monitors and smartphones, and sent easy-to-view footage for review. The program has also elevated staff morale and has been instrumental in identifying illegal sublets.
Adds OWAL CEO Chaim Fried, “Our software in combination with strategically placed common area cameras inherently created a safer environment for the residents. Another benefit of the platform is that it works in tandem with management and security, while removing human error.”

JLL Spark has made a strategic investment in VergeSense, a provider of an AI-Powered sensor-as-a-service platform for commercial real estate.
JLL Spark is the division of JLL that manages a $100 million venture fund connecting new technology companies with JLL’s business lines and clients.
Bolt and Pathbreaker Ventures also participated in the latest funding round for the Y Combinator-backed company.

Nestio, the multifamily marketing and leasing automation platform. has launched the next generation of its service.
The enhancements take Nestio from an inventory management and syndication platform to an end-to-end marketing and leasing automation platform that encompasses the entire leasing process in real time, from a single dashboard.
Nestio creates instant and personalized service for apartment hunters with 24-hour, on-demand response technology and apartment booking and touring tools.
Machine learning also helps leasing agents automate some of the most common yet time consuming tasks, such as responding to commonly asked questions like “What is your pet policy?”
The new suite also includes productivity tools, such as an integrated renter communications feature where renter emails live in a single feed making communications seamless.
Nestio recently raised $4.5 million from some of the most prominent names in real estate, including Rudin Ventures, The Moinian Group’s venture arm Currency M, the Durst Organization, LeFrak Ventures and Lightstone Group affiliate Torch Venture Capital.
The funding round, led by Camber Creek and Trinity Ventures, was a catalyst for launching the next generation of the platform.