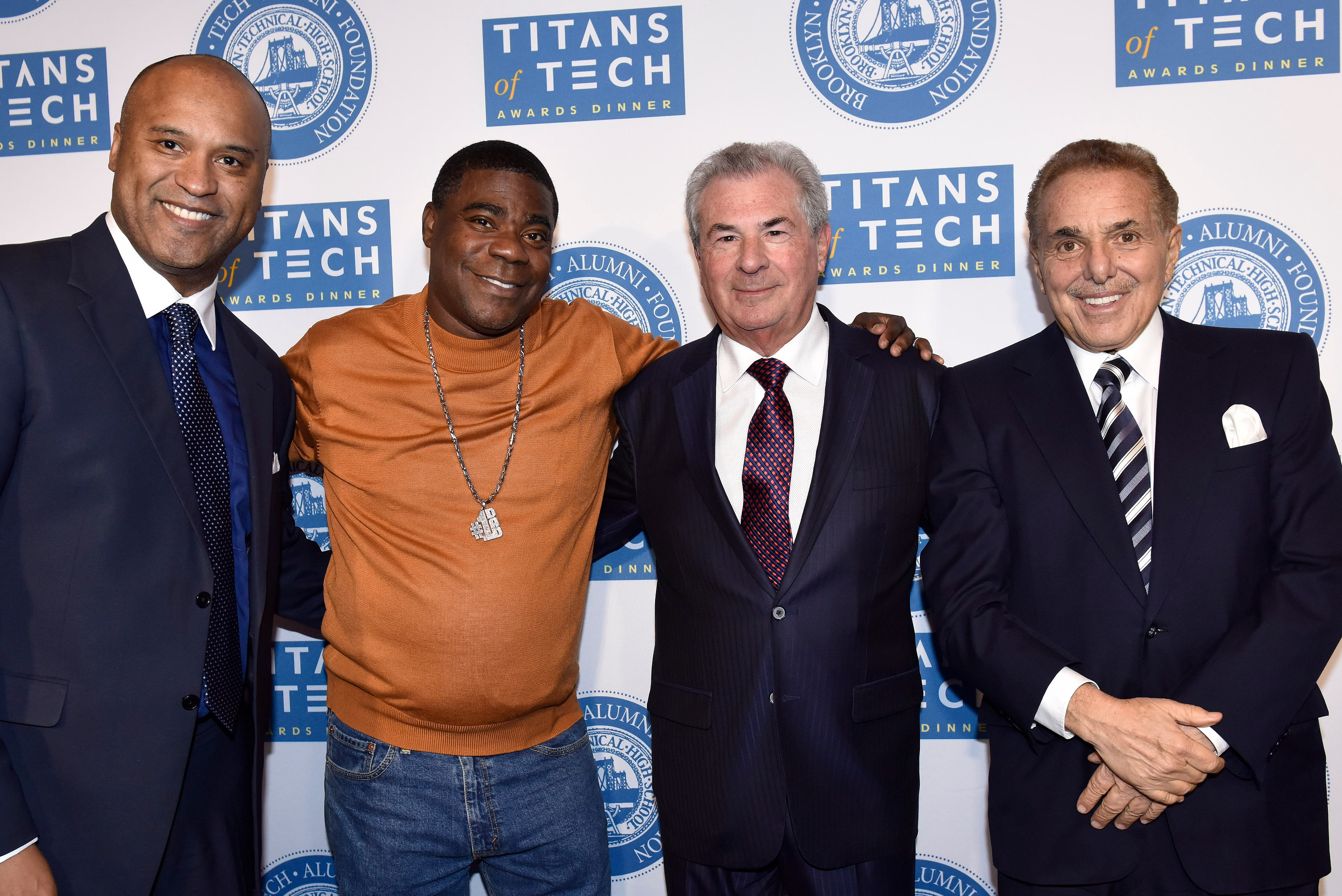 The Brooklyn Tech Alumni Foundation celebrated the 95th anniversary of the specialized high school by honoring three Titans of Tech at its annual gala at Pier 60 at Chelsea Piers in New York City.

Gayle King, co-host of CBS this Morning and editor at large of O magazine; actor and comedian Tracy Morgan and Debra Lee, chairman ad CEO of BET Networks, came out to support the event.

Established in 1922, Brooklyn Tech is the nation’s largest, most prominent, and among the oldest specialized high schools. Graduates have made remarkable contributions to all aspects of our society through their discoveries, innovation, and leadership. Among the accomplishments of graduates: the digital camera, GPS satellites, mass production of penicillin, and the discovery of proof of the beginning of the universe.

The cost of building and equipping modern science and technology labs for 5,500-plus students is far greater than the cost of operating a standard high school. The Foundation has raised more than $30 million since its inception in 1983, and has provided significant support to the school, including the Middle School STEM Pipeline Program, Weston Research Scholars Program, Leandro P. Rizzuto Internship Program, Jeffrey Haitkin Faculty Grant Program, and the robotics program.

An internationally recognized attorney, publisher and producer, L. Londell McMillan is among the most influential leaders of his generation. Mr. McMillan specializes in the law of business, entertainment, and intellectual property affairs. McMillan’s elite client list includes Michael Jackson, Prince, Stevie Wonder, Roberta Flack, Spike Lee, and many others.  Mr. McMillan has also represented corporate clients such as The Discovery Channel, Time Warner, Radio One, TIAA-CREF, and Mercedes Benz. McMillan is the founder of The NorthStar Group, a private equity operation with multi-media, marketing, real–estate holdings.

Leonard Riggio, founder and chairman of Barnes & Noble, actively pursued his interests in social justice and human rights as he has been built one of the largest retail organizations in America.  Beginning with a single college bookstore in 1965, Riggio built one of the largest enterprises in the history of American retail.  The companies he created, including Barnes & Noble, Barnes & Noble College and GameStop, now include more than 10,000 stores, and employ more than 100,000 people.  Riggio is a tireless advocate of public education, and led the nation’s first-ever private endowment for a public high school on behalf of Brooklyn Tech.