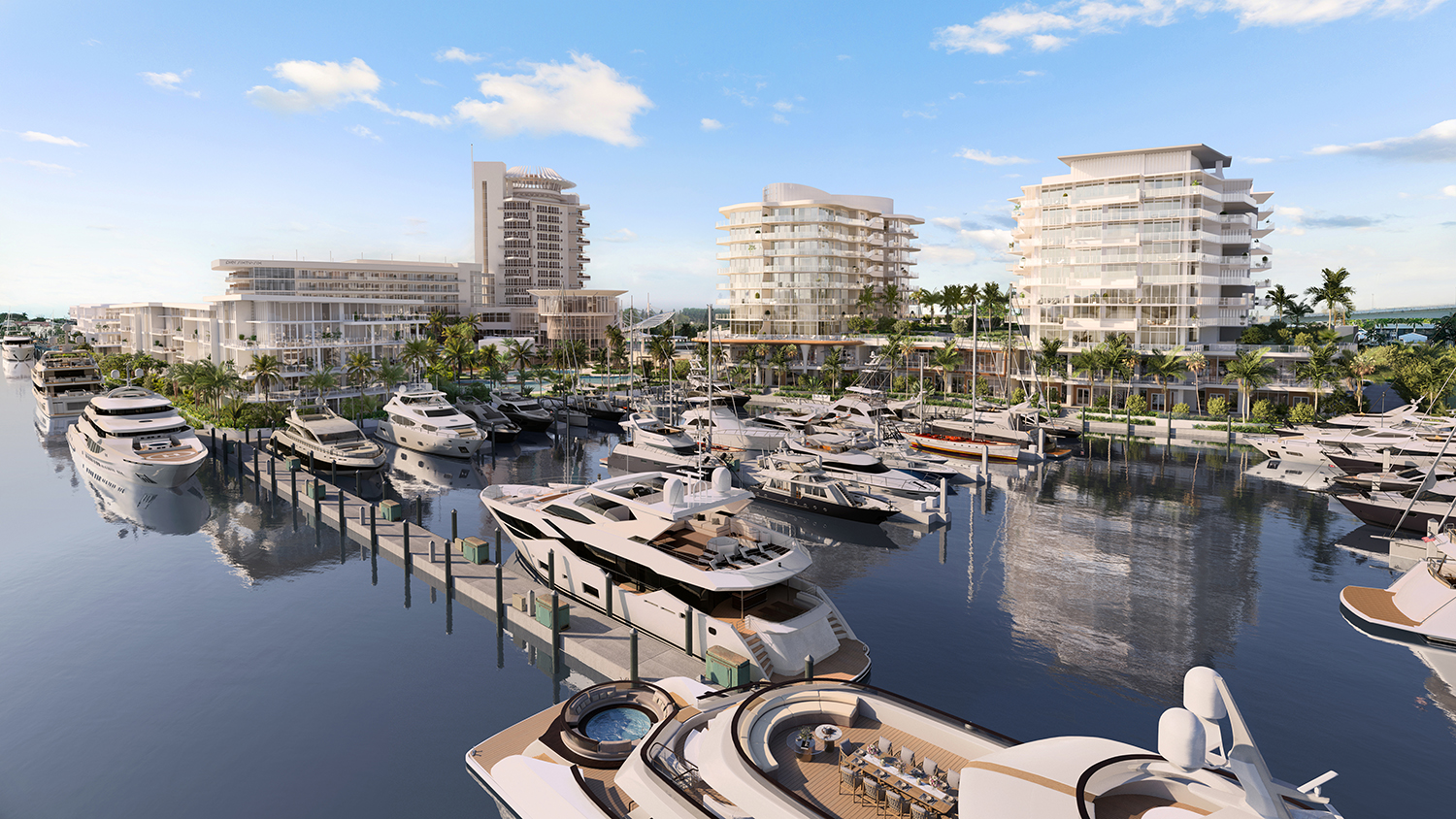 Tavistock Development Company, a diversified real estate firm and owner of Pier Sixty-Six, officially launches sales for The Residences at Pier Sixty-Six, the highly anticipated first real estate opportunity at the iconic Fort Lauderdale property. The thoughtful reimagination of Pier Sixty-Six will include an initial offering of 62 luxury condominiums with two- to four-bedroom units, starting at $3 million, and an exclusive mix of owner privileges.

Construction on The Residences at Pier Sixty-Six began in late 2021 and will be completed early 2024, coinciding with the debut of the reimagined Pier Sixty-Six Resort. Industry veteran Amy Ballon is Tavistock’s director of sales for Pier Sixty-Six, with ONE Sotheby’s International Realty as the exclusive sales and marketing agency.

Featuring contemporary sophistication with inspiration drawn from its waterfront, marine setting, phase one of The Residences at Pier Sixty-Six consists of 62 residences. Buyer options will include: one, 11-story condominium building with a collection of 31 luxury homes ranging from 2,700 to 2,800 square feet and the City’s first building to offer private pools in every unit; and two, four-story resort residence buildings with a combined 31 luxury units ranging from 1,600 to 3,800 square feet. Each unit will be designer-ready, allowing for absolute owner customization, and features fine finishes in the kitchens and bathrooms including Sub-Zero/Wolf appliances, Italian cabinets, and quartz countertops. The condominiums also feature additional elegant offerings with ten-foot ceilings, semi-private elevators, and expansive balconies for outdoor living.

Fort Lauderdale’s market remains strong as sales for The Residences at Pier Sixty-Six debut. Fort Lauderdale’s average condo sale price increased 51% over the previous year in Q3 2022 for units over $3M, and the city is expected to see more than $1B in sales this year.

“Fort Lauderdale has experienced an incredible renaissance as the Venice of America, and there is an overwhelming demand for luxury residences that embrace the yachting culture that is so unique to the area,” said Daniel de la Vega, president of ONE Sotheby’s International Realty.

In addition to full use of the resort amenities, including all restaurants and lounges, lavish spa, and recreation areas, Residence owners will have dedicated concierge services to facilitate VIP reservations, marina arrangements, and in-residence services (catering, entertaining and housekeeping). Other exclusive Residence owner benefits include a rotating selection of private social and marine events, and special resident facilities at Pier Sixty-Six:

“The Residences at Pier Sixty-Six are a rare opportunity for buyers to own at one of the most iconic properties, both rich with history and amenities in South Florida,” added Ballon. “Our resort residences offer a variety of well thought out floor plans that engage owners with the water and marina.”

For more information about The Residences at Pier Sixty or to make a sales appointment please visit www.piersixtysixresidences.com or email residences@piersixtysix.com.

Financing is complete for 1599 Columbus Avenue in Boston, where 65 New Affordable Apartment Homes Will Be Constructed as Part of the Jackson Square Redevelopment