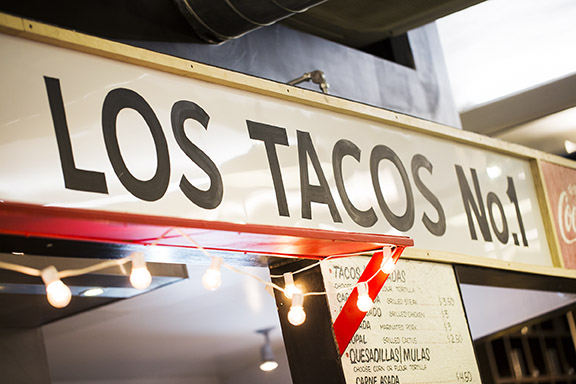 RKF arranged a lease for Los Tacos No. 1, its third New York City restaurant, at 136 Church Street in Tribeca.

Los Tacos No. 1 will occupy 1,900 s/f — 1,350 on the ground floor and 550 in the lower level. The space is situated at the southwest corner of Warren and Church Streets, where Tribeca and the Financial District intersect.

Los Tacos No. 1 first opened in 2013 with a stand in Chelsea Market. Quickly attracting a loyal following, the stand drew lines of customers willing to brave a lengthy wait for some of the city’s best carne asada and adobada tacos, guacamole and aguas frescas.

“Los Tacos No. 1 will have an incredible opportunity to serve the hundreds of thousands of hungry people that visit, live and work in this vibrant market, which continues to be one of the fastest growing residential neighborhoods in New York City,” explained Ohm.