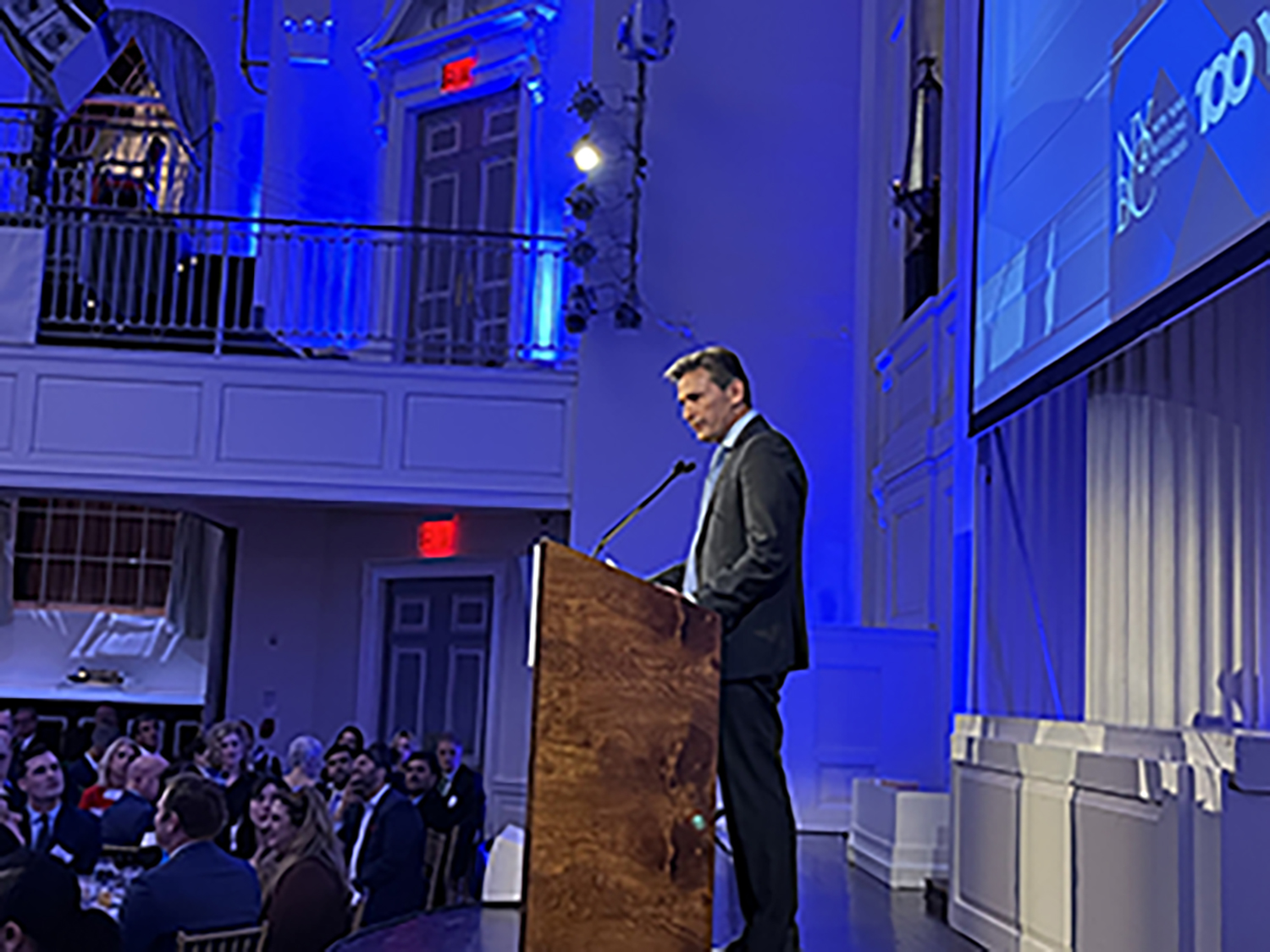 The New York Building Congress today announced Ralph J. Esposito has been appointed as the new Chair of the organization. Esposito is currently President of the Northeast and Mid-Atlantic region at Suffolk and previously worked at Lendlease for nearly 25 years. Throughout his tenure in the industry, Esposito has served as a key player in the construction of the September 11 Memorial and Museum at the World Trade Center and the expansion of the Columbia University Manhattanville Campus, among other iconic projects in New York City. He replaces Elizabeth Velez, President of the Velez Organization, who has served as Chair since January 2020. Photos from today’s event can be accessed here.

“I have been closely involved with the Building Congress for 24 years and have experienced first-hand its many accomplishments in the building industry, so it is a privilege to serve as the new Chair of this tremendous organization,” said Ralph J. Esposito, Chair of the New York Building Congress and President of the Northeast and Mid-Atlantic region at Suffolk. “To help address the numerous challenges facing our region, I will work diligently with the support of the Board of Directors, staff and members of the Building Congress, and all levels of government to institute our agenda to create a stronger, more united New York.”

“We are thrilled to have Ralph Esposito at the helm of our organization, as he will no doubt advance our policy priorities in the years to come,” said Carlo A. Scissura, President & CEO of the New York Building Congress. “As our 2022 Policy Agenda outlines, we will push all levels of government to invest in the next generation of New York for those who live here and all of those to come. I would also like to thank our outgoing Chair, Elizabeth Velez, for her exemplary leadership over the past two years.”

Alongside this announcement at the Annual Membership Meeting and Construction Industry Luncheon, the Building Congress released its 2022 Policy Agenda today, calling on all levels of government to increase funding to rebuild New York’s aging infrastructure, as well as streamline processes that make building safer and more efficient. The policy agenda details the Building Congress’s priorities and recommendations to bolster New York’s housing stock, workforce and economy.

The 2022 Policy Agenda highlights the New York Building Congress’s focused efforts to improve New York through the building industry. Priorities from the report include: