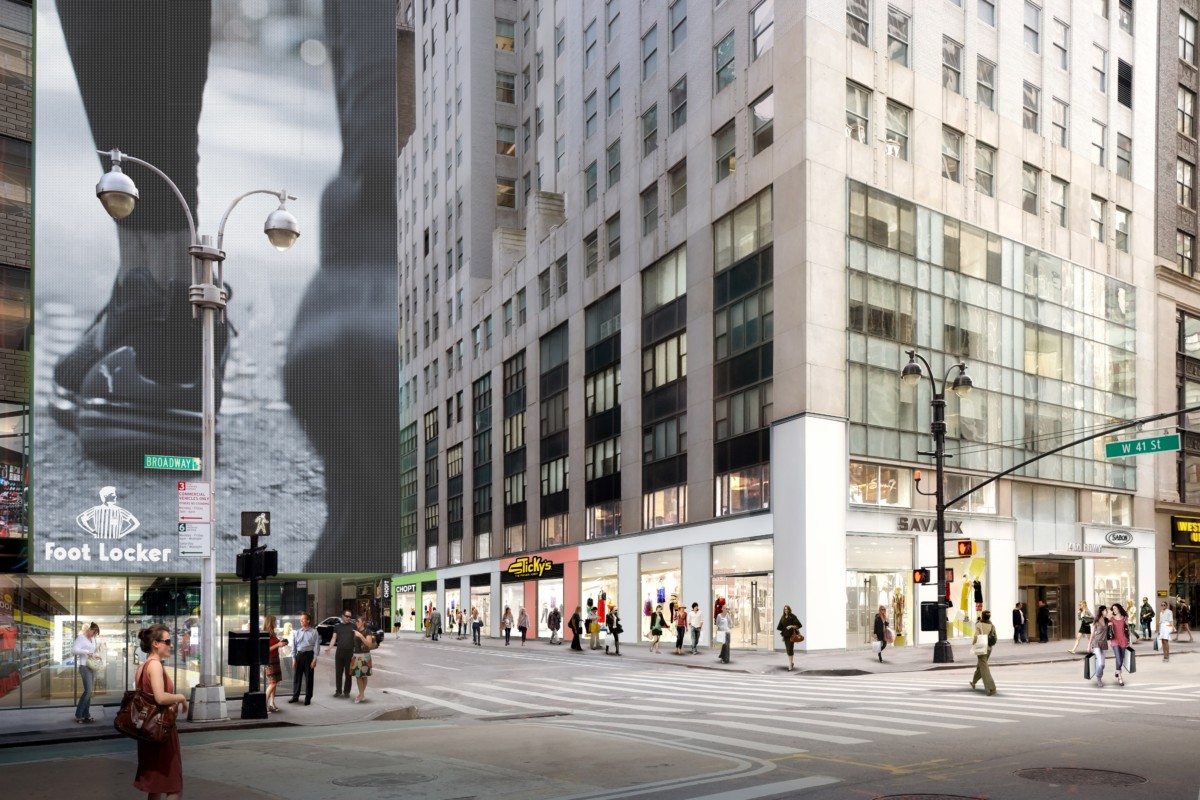 Located near Times Square and Bryant Park, the retail space features 1,292 s/f of ground-floor space with 15-foot ceilings and more than 30 feet of frontage on West 41st Street, just east of Broadway. An additional 600 s/f is also located in the lower level.

“This strip of West 41st Street has developed into a terrific block with some of the strongest co-tenancy in New York—including Chop’t, WeWork, Equinox, Soul Cycle and Whole Foods—turning it into one of the most heavily-trafficked walkways to Bryant Park,” said Winick Realty Group’s Jason Berkley. “Sticky’s Finger Joint is a true up-and-coming retail concept with a great product and smart operators who understand the market and their business. After meeting with Jon Sherman and his team, we felt they’d be a welcome addition to the neighborhood.”

“1450 Broadway sits at the heart of what has now become Times Square South, particularly with Footlocker and Champs leasing flagship stores on the block. We are confident that Sticky’s Finger Joint can take advantage of the unique location that 1450 Broadway has to offer, as well as the tremendous foot traffic coming from the area’s many office workers and tourists, and continue to build on their success,” said Bobby Zar, Chief Executive of The Zar Group.

Winick Realty Group is continuing to work with The Zar Group to market two remaining retail spaces at 1450 Broadway, which sits directly across the street from the Times Square subway station, servicing than 64 million annual riders. Vacancies include a 1,923 s/fcorner space, which has the potential to be divided, and 1,273 square feet of inline space on West 41st Street, where an incoming brand will be positioned between Sticky’s Finger Joint and Chop’t.

“The retail at 1450 Broadway offers retailers a great opportunity to position themselves on one of the best corners in Manhattan,” said Danielle Winick. “We look forward to continuing our dialogue with retailers who are looking to capture significant exposure in one of New York’s hottest markets.”

ON THE SCENE: A look at last weeks middle market sales and exclsuives