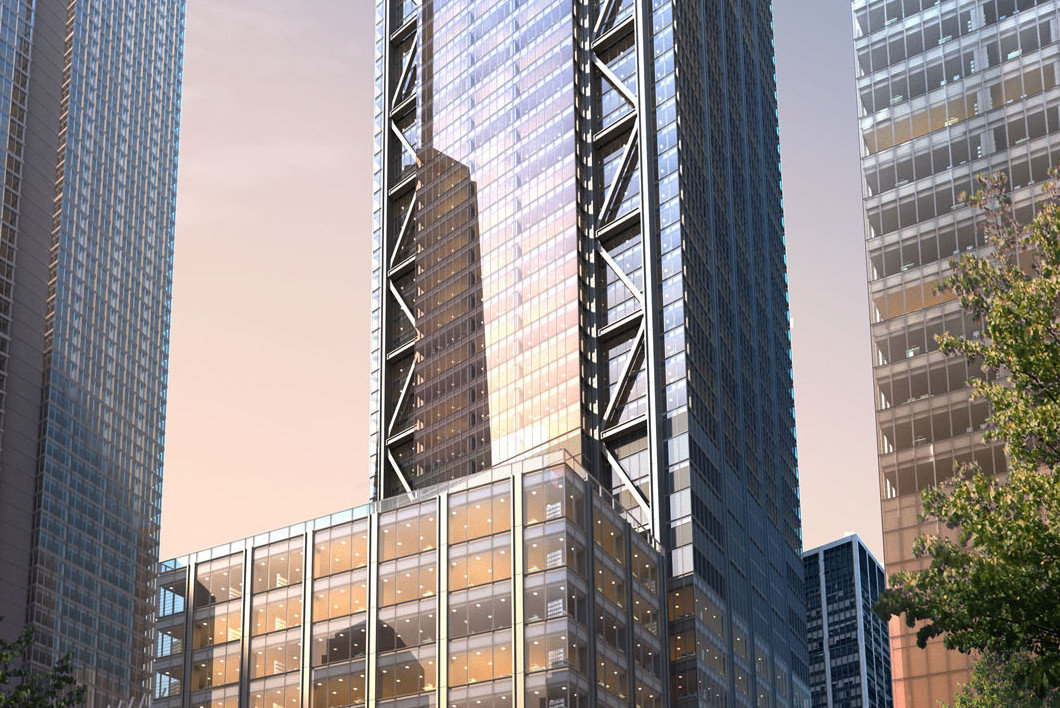 In 2013, IEX decided to make Downtown Manhattan its long-term base, leasing space on the 30th floor of 7 World Trade Center.  Prompted by early-stage growth, IEX moved its office to 4 World Trade Center in 2015, where it currently occupies a 13,000 s/f space on the building’s 44th floor.  IEX’s 3 World Trade Center location, occupying the building’s entire 58th floor, will feature a collaborative workspace that supports the exchange’s ongoing mission to build fairer markets.  The exchange, now overseeing upwards of 160 million matched shares daily at a value of nearly $9 billion, has a staff of around 85 employees, nearly all of whom will be based out of 3 WTC.

“When we first considered choosing Lower Manhattan as the home for IEX, we couldn’t have predicted the positive impact it would have on our company’s culture and team,” said Katsuyama.  “The new World Trade Center is drawing emerging creative and tech enterprises to the global capital of finance, creating a dynamic environment for us as we continue to grow and innovate.”

“IEX is emblematic of two forces shaping the new Lower Manhattan – technology and growth,” said Jessica Lappin President of the Alliance for Downtown New York. “Their expansion within the World Trade Center complex is a testament to the attractiveness of the campus and the growing and magnetic pull of our area.”

Designed by Pritzker-prize winning firm Rogers Stirk Harbour + Partners, and slated to open on June 6, 2018, 3 World Trade Center will be the fifth tallest building in Manhattan, and the second tallest at the World Trade Center site.  With a total of 2.5 million square feet, the 80-story tower will feature 30,000 to 70,000 square-foot floors with 360-degree Manhattan views and 13-foot to 20-foot ceilings.  Three floors (17, 60 and 76) offer access to outdoor terrace space.

3 World Trade Center is situated above the Oculus Transportation Hub, with direct access to a dozen NYC subway lines and PATH trains to New Jersey, and close to  Westfield World Trade Center mall and Brookfield Place. One third of the building has been leased to date and the first tenants – WPP companies: Mindshare, Essence, GroupM, MediaCom, Metivision & Wavemaker [m]PLATFORM and Kantar – will begin moving in this summer.

Jeremy Moss, Executive Vice President of Silverstein Properties said: “Our proximity to the neighborhoods where tech talent live means companies like IEX, Spotify and GroupM can grow and thrive here at the World Trade Center.”

42 Crosby a chic retreat in heart of Soho