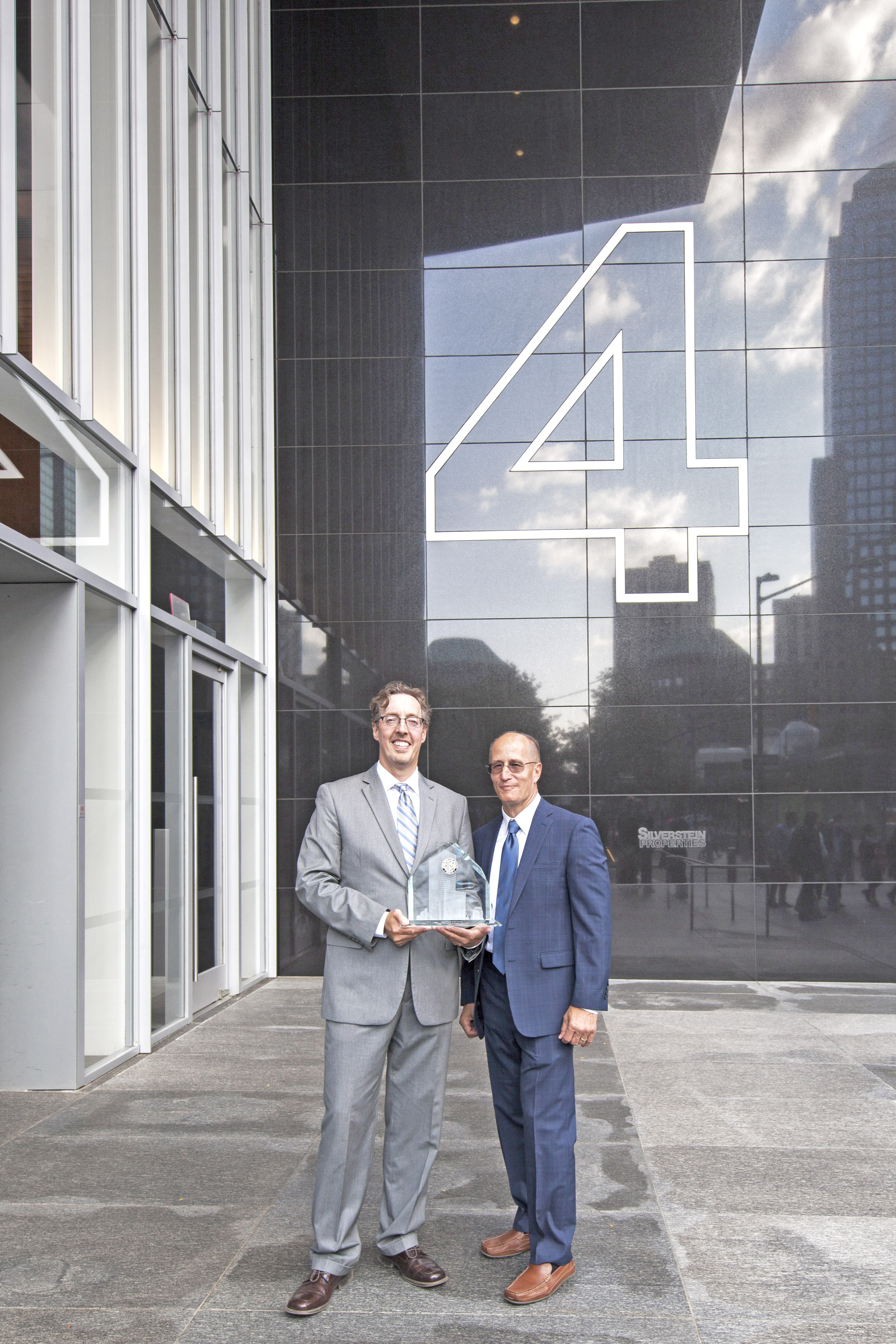 Hosted by Silverstein Properties at 7 World Trade Center, the ceremony featured views of 4 WTC and the entire WTC complex.

Members of the design and construction team were also recognized for their part in the collaborative project effort, including the Port Authority of New York and New Jersey, Maki & Associates, Adamson Associates, Jaros Baum & Bolles, AKF Group, Tishman Construction and Roger & Sons Concrete.

Presented by the American Institute of Steel Construction (AISC), the Presidential Award is the highest honor bestowed on building projects by the structural steel industry in the United States. LERA was the structural engineer for the iconic tower.

AISC president Charlie Carter, SE, PE, PhD stated, “This beautiful building is itself a monument to those we lost and those who helped on that terrible day.”

Garlock thanked his fellow team members saying, “Completing the project after experiencing 9/11 was a tremendous accomplishment on a personal level and for the entire downtown Manhattan community. The most rewarding part of the project is the relationships formed amongst the team members which continue today as friendships and on new projects.”

Facing onto the National September 11 Memorial and Museum, 4 WTC stands alongside Freedom Tower as a linchpin of the redevelopment of downtown Manhattan.

In addition to Class A office space, a 5-story retail and fine dining podium serves as an entrance to the new Westfield shopping mall that extends into Santiago Calatrava’s Oculus. Designed to meet LEED Gold criteria, 4WTC is 977 ft .tall with a gross above-grade area of 2.3 million square feet.