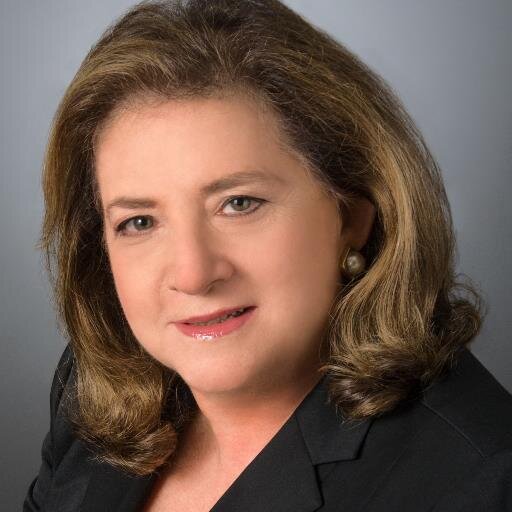 “I think it’s really a highlight of the coming together of my career,” Pulitzer told Broker’s Weekly.
“I’ve always been a person wanting to give back and share. I’ve been in real estate for over 28 years and attended many of these awards and just marveled at these people who made time to give back. It’s just so heartwarming to be appreciated and to know you’re on the right track.”

It was an uneven year for Pulitzer business-wise, with rising prices keeping many first-time buyers at bay.

“I’ve had a lot of repeat business which is great, especially in times of uncertainty, when people trust and come back to you,” she said.

But inevitable ups and downs in the market aren’t something that scare Pulitzer.

In 1987, the Long Island native was a rookie agent in New York City, the same year that the nation experienced “Black Monday,” when stock markets around the world crashed simultaneously in one day.
“I didn’t know any better and it was my first time in a downturn,” she recalled. “I went into serious selling situations – people who had to sell or had to buy, or people who had cash – all of the above applies in any down market.”

She ended up doing “a lot of hand-holding” for nervous buyers, and especially sellers, many of whom had just bought properties recently and were selling them at a loss.

“The best thing about a more seasoned broker in all of these environments is that you have the experience and you can address a lot of the concerns,” she said.

Pulitzer gained that experience after a background in teaching high school English. She went to college at New York University, where she majored in English, and taught at Washington Irving High School after graduating. She left teaching not long after and joined a program that gave high school kids internships in the private sector.

“I really got a taste of it and thought, hey, maybe I’d like this, too,” she said. She went into business with her boyfriend at the time in fashion, and was soon running a division of the company. After a divorce, looking to switch gears, a friend suggested her business background would be great for helping run a residential brokerage she was looking to start.

“I hit the ground running,” she said of helping start the company. “At first it was exciting, then it became a serious revenue stream.”

She cut her teeth in the co-op world, at a time when many buildings were being converted to co-ops, and developed a deep understanding of the co-op process and co-op boards. Then she met Dottie Herman, who offered her a position with Douglas Elliman.

“We really hit it off, I liked her vision, I knew Douglas Elliman would be a growing company, and she had such wonderful and inspiring ideas,” said Pulitzer. She started as the head of the professional development division, then became a manager, but then went back to brokering deals, a part of the business that she missed.

As a broker for the last five years, she looks to continue doing what she’s always done, and believes “knowledge is power.”

“The more we upgrade the image of real estate brokerage and get more information, the better the business is,” she said. “When I first came in, the reputation was nothing like it is today. REBNY had so much to do with that.”

Pulitzer takes part in chairing membership committees and teaching continuing education classes with REBNY, and helping develop curriculum for New York State continuing education courses.
“I’d like to see new people in the business stick to the career and give it longevity,” she said. “So many are interested in making money and, when it doesn’t happen as quickly, we lose some. The staying power is what it’s all about.”