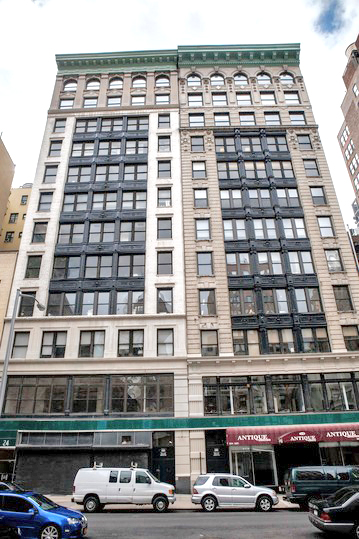 Looker Data Sciences, a business intelligence software firm, will move into the seventh floor while Gradian Health Systems, a nonprofit medical technology company, will be taking the sixth floor space.

Looker and Gradian are both projected to take occupancy at 40 West 25th Street on December 1, 2019.

Founded in 2012 in Santa Cruz, Looker now has eight offices worldwide and the company was just bought by Google. Currently, they have two entire floors at 40 West 25th Street so the seventh floor represents additional space for them in the building.

As a nonprofit medical technology company, Gradian develops, distributes and sustains medical equipment for resource-constrained hospitals around the world.

They are moving from 915 Broadway, where their office was housed in 6,500 s/f, nearly doubling the square footage of their previous space.

“There is simply no better location for technology companies right now than the NoMad submarket,” explainsed Someck, who represented the sublessor with his partner, Justin Myers.

“Both of these revolutionary technology startups will continue to grow rapidly, so the opportunity for expansion presented by 40 West 25th Street was an excellent one.”

Looker was represented by Stephen Bellwood and Kevin Waldman of Cushman & Wakefield.

Gradian was represented by Robin Fisher and John Cilmi of Newmark Knight Frank.

The building owner is Unizo Real Estate. Asking rent was $69 psf and the lease term was approximately five and a half years for both transactions.