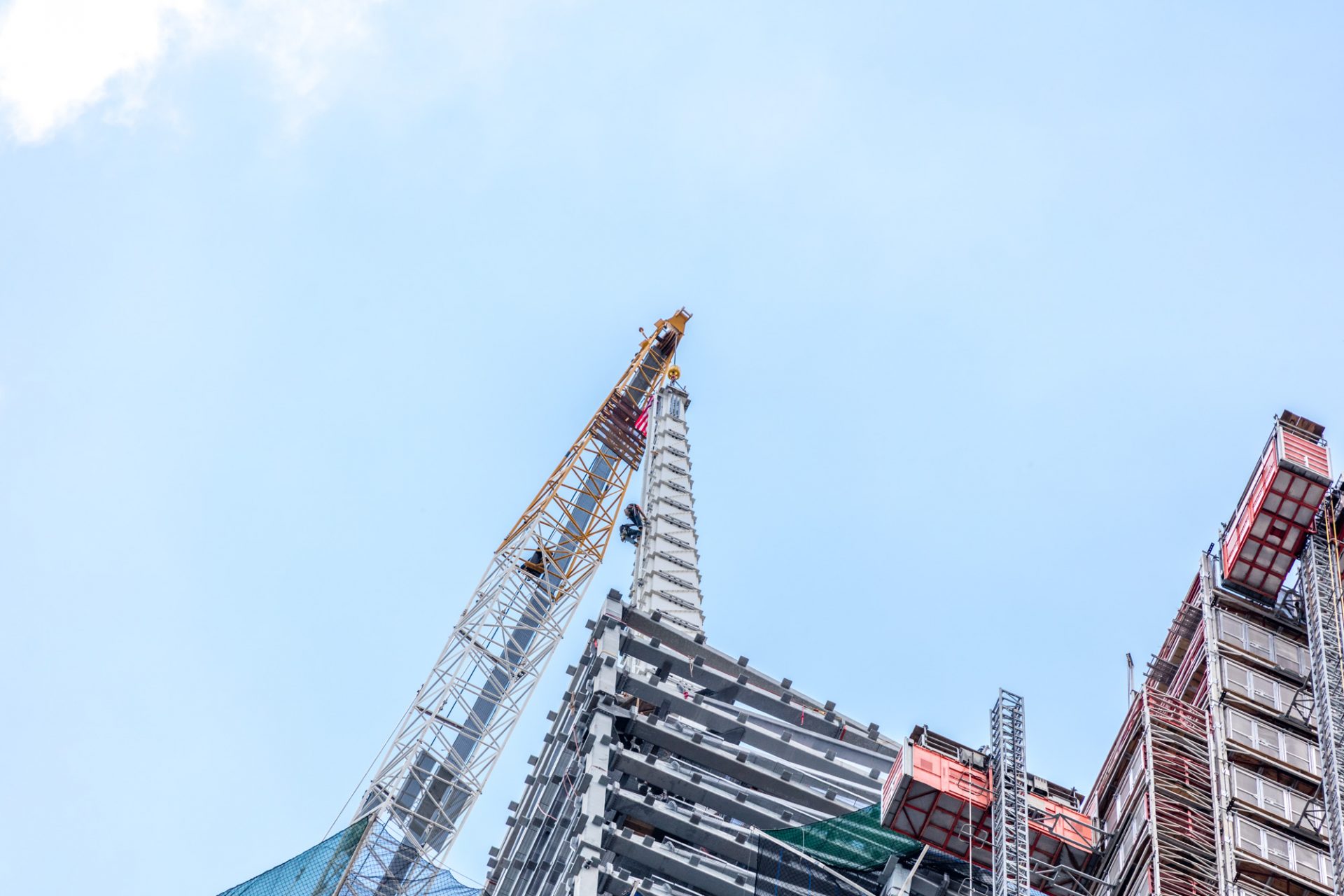 SL Green’s historic One Vanderbilt office tower has topped out at 1,401 feet.

With construction managed by AECOM Tishman and design by Kohn Pedersen Fox (KPF) Associates, One Vanderbilt’s construction is more than three months ahead of schedule and $100 million under budget with an expected opening in August 2020.

One Vanderbilt is already 59 percent leased by top-tier global finance, law and real estate firms which will have direct access to Grand Central Terminal along with an impressive slate of unmatched office amenities.

“Thanks to our construction partners and their talented, hardworking crews, we’re extremely proud that One Vanderbilt has topped out ahead of schedule and under budget, especially given the project’s scale and infrastructural complexity. With the building scheduled to open in less than a year, the next generation of office space in New York is well in sight.”

“We are excited to have reached this key milestone ahead of schedule and under budget, as we have every other milestone throughout the life of this important project,” said Jay Badame, President of AECOM Tishman. “No one is building more supertall buildings in New York City than our hardworking AECOM Tishman team and we are incredibly proud of the work we are doing at One Vanderbilt with SL Green and Hines as they transform Midtown East.”

When completed, One Vanderbilt will feature over 26,000 thousand tons of US made and fabricated steel and seventy-four thousand cubic yards of concrete.

At its peak activity levels, over 800 workers are onsite daily as they work to complete the project. In addition, the project has engaged close to fifty subcontractors.

One Vanderbilt comprises four interlocking and tapering planes that spiral toward the sky. At the tower’s base are a series of angled cuts on the south side of the block creates a visual procession to Grand Central Terminal revealing the Vanderbilt corner of the Terminal’s cornice – a view that has been obstructed for nearly a century.

“As One Vanderbilt reaches its full height, its slender, crystalline profile assumes a prominent place on the New York skyline,” said James von Klemperer, President and Design Principal at KPF.

“The same angled geometries translate to the base of the tower, gesturing with generosity the great landmark of Grand Central Terminal. KPF is proud to have contributed to the tower’s design, which arose from the collaborative efforts of our studio, SL Green, Hines, and the NYC Department of City Planning.”

SL Green’s $220 million private investment to improve Grand Central’s public transit infrastructure has already materialized with new staircases between the mezzanine and platform levels of the 4, 5, and 6 subway lines.

Other planned transit investments include a transit hall linking Grand Central Terminal to the Long Island Rail Road station as part of the East Side Access project, enhanced connections to Metro-North and the shuttle to Times Square, and two new street-level subway entrances.

The tower will also contain a 4,000 s/f public transit hall for commuters in the building’s northeast corner and an adjacent 14,000-square-foot pedestrian plaza on Vanderbilt Avenue between East 42nd and 43rd Streets.

Anchoring the modernization of East Midtown, One Vanderbilt will provide tenants with a combination of amenities including a 30,000 s/f tenant-only amenity floor with large format meeting spaces, club-style lounge, curated food offerings and outdoor terrace.

The building will also include an 11,000 s/f high-design restaurant from chef Daniel Boulud.