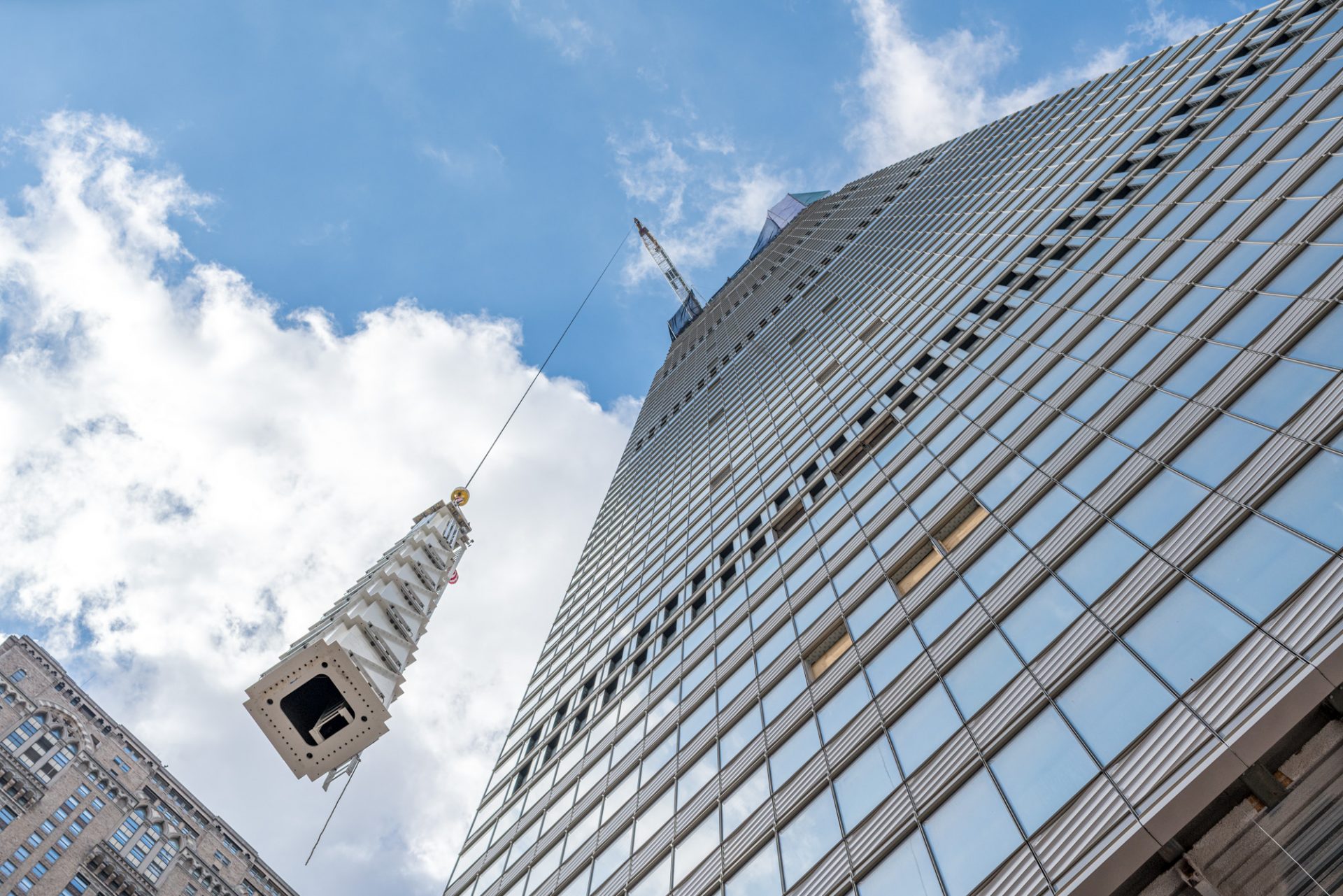 SL Green has topped out its One Vanderbilt office tower in Manhattan’s East Midtown at 1,401 feet.

With construction managed by AECOM Tishman and design by Kohn Pedersen Fox (KPF) Associates, One Vanderbilt’s construction is more than three months ahead of schedule and $100 million under budget with an expected opening in August 2020.

The tower is already 59 percent leased by finance, law and real estate firms which will have direct access to Grand Central Terminal along with a slate of office amenities.

“Thanks to our construction partners and their talented, hardworking crews, we’re extremely proud that One Vanderbilt has topped out ahead of schedule and under budget, especially given the project’s scale and infrastructural complexity.

“With the building scheduled to open in less than a year, the next generation of office space in New York is well in sight.”

When completed, One Vanderbilt will feature over 26,000 tons of US-made and fabricated steel and 74,000 cubic yards of concrete.

At its peak activity levels, over 800 workers are onsite daily and the project has engaged close to 50 subcontractors.

Encompassing an entire city block directly west of Grand Central Terminal, One Vanderbilt has 1.2-MW cogeneration and 90,000-gallon rainwater collection systems and is on track to receive several environmental distinctions.